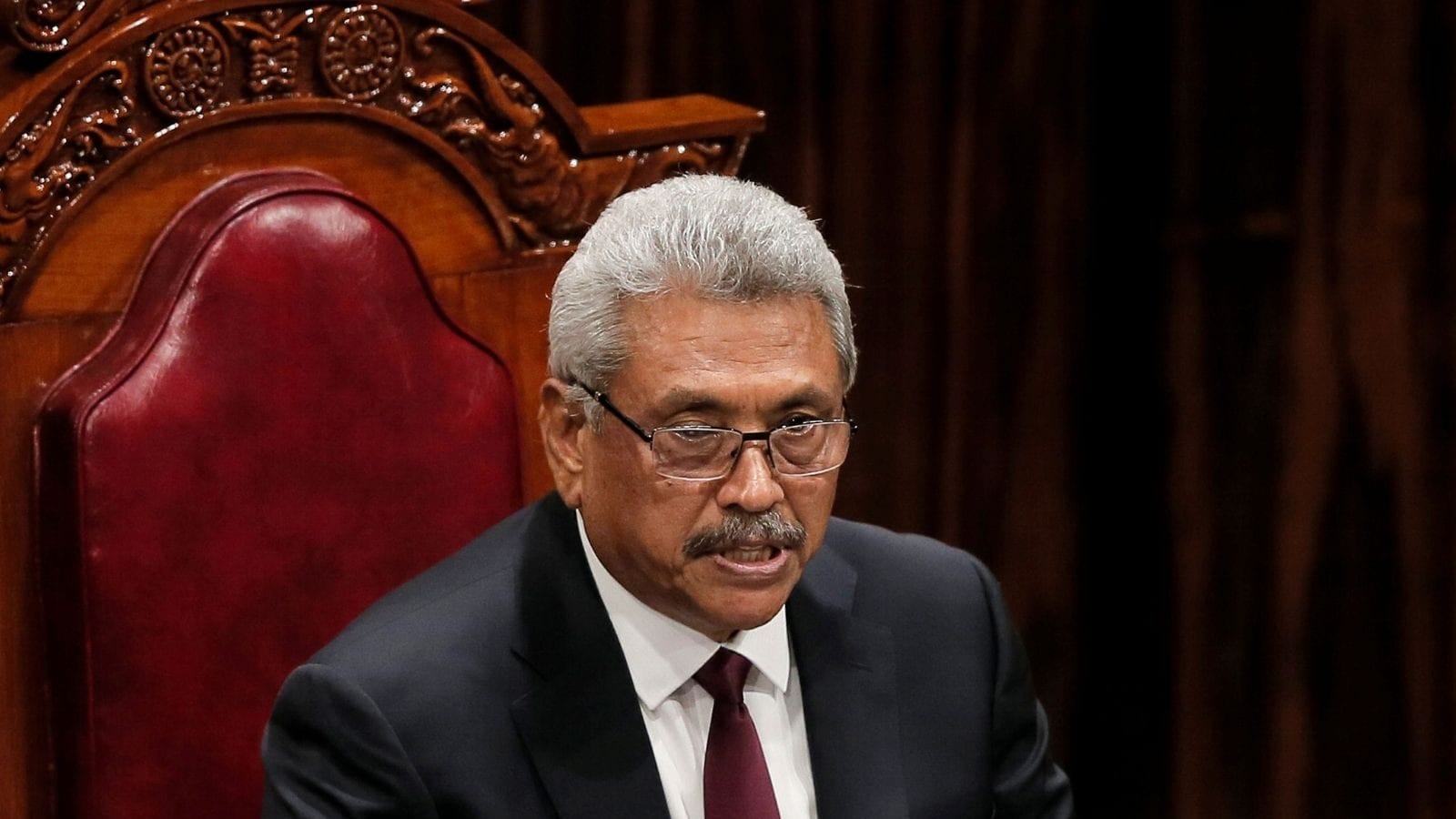 Sri Lankan President Gotabaya Rajapaksa, criticized by deteriorating economic conditions, appears to have directed his anger at his own government colleagues. Two weeks after sacking the agriculture secretary who warned of a looming food crisis, he has now sacked a minister for criticizing some of his policies.

The informal sacking of Minister of State Susil Premajayantha does not appear to have gone well with the ruling SLPP and many MPs and ministers are voicing their dissatisfaction in private. Realizing that the situation is escalating, former military Gotabaya warned his ministers and MPs not to speak publicly against the government.

“It is unethical to speak out against their own party and their own government. If they have disagreements, they should discuss everything in party forums or within the cabinet, not outside, ”the president said.

After his harsh speech, some high-ranking ministers, who were to challenge the president, fell silent.

Sri Lanka, South Asia’s only upper-middle-income country, is going through its worst economic crisis in decades. The consecutive lockdowns induced by Covid over the past two years have ravaged the booming economy, pushing at least one million people into poverty. The president’s irrational decision to go organic overnight has also caused enormous damage to the agricultural sector, turning farmers against the government. A total ban on the use of chemicals and chemical fertilizers has destroyed crops across the island nation, raising fears of severe drought and food shortages in the coming months.

However, the president refused to reconsider his executive order and there is no clarity on the burning issue.

Tourism, one of the main currency generators and job creators, has been ruined due to the pandemic. Tourism alone employs over 30 lakhs and generates $ 4-5 billion annually. Fears of a third wave hit the sector, which was showing signs of recovery in the past three months.

As foreign exchange reserves are at their lowest, the government has imposed severe restrictions on imports. Sri Lanka imports most of its essential and non-essential products. Department stores rationed rice, sugar, flour, dal, milk powders, etc. throughout the country because they do not have foreign currency to pay for imports. The island country is also facing a huge shortage of cooking gas.

According to the Central Bank of Sri Lanka (CBSL), foreign exchange reserves stand at just $ 1.5 billion compared to $ 5-6 billion two years ago. Desperate for the money, Sri Lanka is negotiating with India and China for an immediate bailout. According to insiders, it is expected to reach over $ 3 billion by the end of January.

READ ALSO | How India can reclaim Sri Lanka: start by not reacting to its ties with China

Sri Lanka’s foreign debts are piling up and if there is no financial assistance from India or China, it may not even repay its loans. He has an outstanding repayment of $ 5 billion in the next 2-3 months. With no more US dollars to spare, Sri Lanka decided to pay its import bills for Iranian oil in the form of tea.

“Sri Lanka has to pay Iran around $ 259 million for oil. Since we don’t have any dollars with us, we decided to export tea. It’s a kind of barter with Iran. It will not violate any UN sanctions against Iran, “said a senior official.

The automotive sector, almost based on imports, has taken a big hit. Since it cannot import vehicles, the demand for used vehicles is increasing across the country. The home appliance market is also experiencing a similar scenario.

Finance Minister Basil Rajapaksa is due to visit India next week to finalize a financial aid program for his country. The Chinese Foreign Minister is also expected to visit Sri Lanka in a week.

There is also a buzz that the sick Prime Minister Mahinda Rajapaksa is stepping down to make way for Basil. However, the PMO, in a statement, dismissed the reports as mere rumors.

Opposition parties have demanded that the Rajapaksa administration either put the economy back on track or resign. The ruling SLPP described it as an overreaction to the global slowdown and economic crisis caused by the pandemic.

Meanwhile, ordinary people hope that the island nation does not collapse.

“We have seen a lot worse in the past. We bounced back. We will bounce back again. We are a resilient nation, ”said Nishantha, a Colombo businessman.

Read all the latest news, breaking news and news on the coronavirus here.