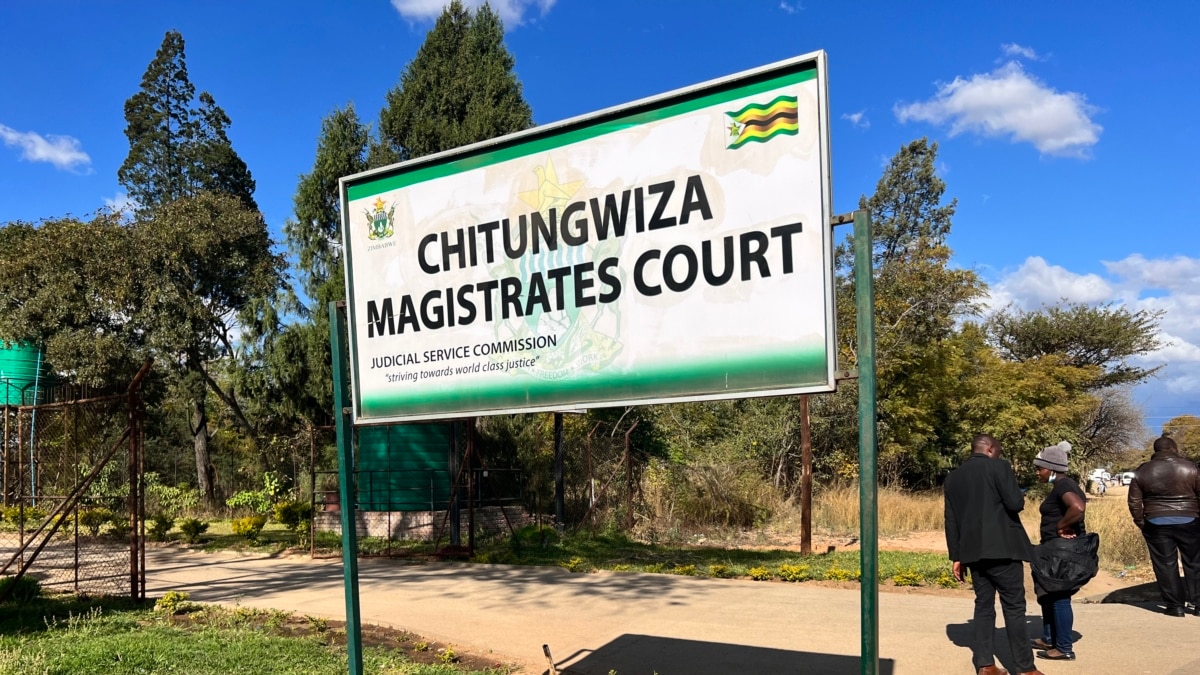 Arrest of Zimbabwean journalists ‘out of step’ with press freedom standards

Zimbabwe has charged two journalists under its Cybercrimes Act, which media advocates say goes against global trends of supporting and promoting press freedom.

Editor Wisdom Mdzungairi and senior reporter Desmond Chingarande were asked last week about their coverage of a legal dispute involving local authorities and a memorial park in Harare.

Both deny the charge and Chingarande said he was surprised when the police called.

“They allege that I posted a false statement on the internet, but I view this as an intimidation tactic. There have been allegations that they were burying people in a part of Glen Forest Memorial Park called Chikomo Chemhute, which is located at the confluence of the Mazowe River, without the approval of the responsible ministries,” he said.

Chingarande said he sought comment from all sides of the story before posting it. But, with the story now part of a police case, he says he is unable to say much more.

Mdzungairi and Chingarande are the first journalists charged under new provisions of the Cyber ​​Security Act Zimbabwe enacted during the coronavirus pandemic.

The Media Institute of Southern Africa said such laws are a way to target journalists and citizens.

Tabani Moyo, who heads the regional media watchdog, said: “These are some of the challenges we continue to have in Zimbabwe, where we are making progress in repealing acts such as the freedom of information and protection of privacy, then government claw(s) revert to using other pieces of legislation to keep things that will further target journalists Have criminal or sedition provisions in our collections of laws that target journalists [is] so out of step with global trends towards the promotion and protection of media and journalistic expression.

Zimbabwe is not alone in passing such laws, Moyo said. Zambia, Eswatini and Tanzania have enacted cybersecurity laws and Namibia and Lesotho are in the process of finalizing similar legislation.

Moyo says harsh sentences, including up to 20 years in prison for those deemed to have shared fake news, go against democratic standards.

“It is anathema to democratic existence and out of step with our own constitution which provides for freedom of expression and freedom of the media, also violating international and regional conventions and tools,” Moyo said.

Ruby Magosvongwe, chairwoman of the Zimbabwe Media Commission – a government-appointed body to promote and protect journalism – said she was aware of concerns about violations against the media.

Speaking at a conference on journalists’ safety, organized by UNESCO and media watchdogs in Africa on Friday, she called on the government to get more involved in complaints about attacks on the media.

“My wish, my desire, is that in the future we include our line ministries so that they get the first hand reports, as they provide the link between us as media institutions, media entities, with respective governments across the continent, across Africa, because examples have been given where journalists have suffered violence, but if line ministries are not involved, it becomes a kind of conspiracy,” said Magosvongwe.

For News Day reporters Mdzungairi and Chingarande, they are now waiting to hear from court officials on when a trial in their case will take place.