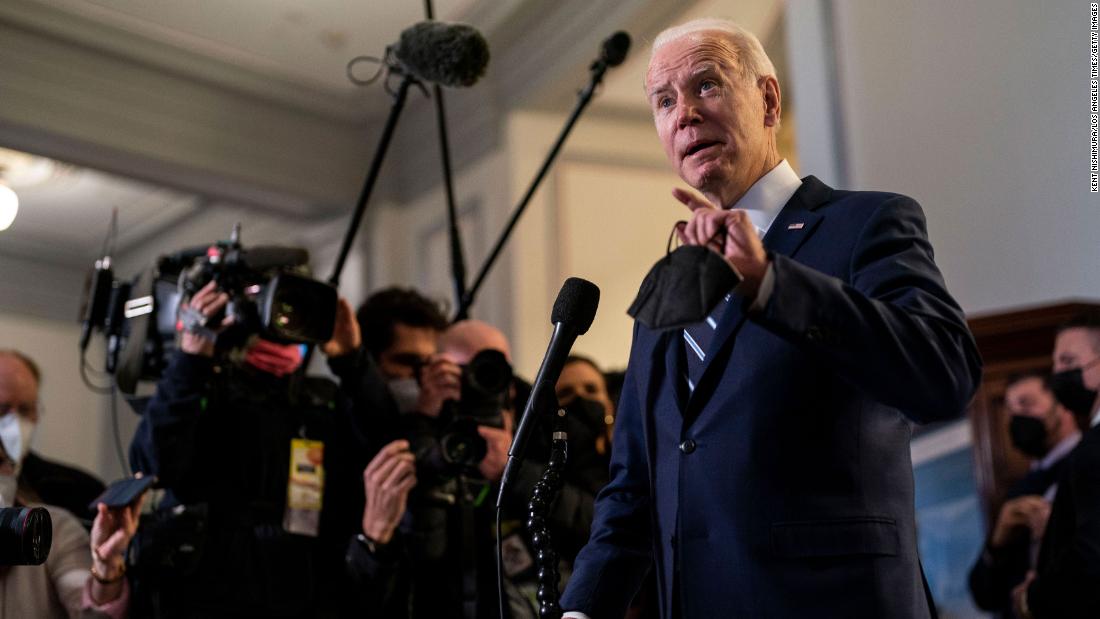 As Biden wraps up his first year in office, press freedom advocates share their priorities

By Audrey R. Bowser Last updated Jan 14, 2022
Share
In the days ahead, minute-by-minute stories of President Biden’s wins, losses and struggles will be joined by in-depth critiques of the president’s first year in office. The Fox crowd says he’s already a failure. Some in the progressive wing are almost as critical. More sober or at least less partisan minds, like history professor Julian Zelizer, say Biden’s current challenges are very real, but “they shouldn’t be taken as a clear indication of where his presidency is headed.” . In this CNN Opinion column, Zelizer notes that “we’ve seen many presidents recover from a rocky start.”
For the purposes of this analysis, I want to zoom in on Biden’s relationship with the press corps, which is the subject of this new special report from the Committee to Protect Journalists by Leonard Downie Jr.

Downie has previously assessed Donald Trump’s damaging attacks on the media. Clearly, Biden’s rhetoric “stands in stark contrast” to Trump’s malice, he wrote. “However, a year into the Biden administration, press freedom advocates remain concerned about issues such as the president’s limited availability for journalists, the administration’s slow response to requests for information, its plan to extradite Julian Assange, restrictions on media access at the US southern border, and its limited assistance to Afghan journalists.”

Downie spoke with more than 30 reporters, academics, advocates and White House officials. His report is a comprehensive look at the back and forth between the presidency and the press. It concludes with some recommendations from CPJ…

Ahead of Biden’s first anniversary in office, CNN’s Sam Fossum and Betsy Klein compiled recordings of his public remarks. Since inauguration day, Biden has made remarks at least 263 times, not counting interviews. “Biden spoke about the coronavirus pandemic most often (56 times), followed by his domestic agenda (48 times) and the broader economy (31 times),” they found. “The President has made remarks on foreign policy 26 times and has spoken 15 times on various natural disasters. Other topics of note include political speeches (10), gun violence (5) and the right to vote and democracy (4).”

What the press wants

More access. As this recent AP story shows, Biden is holding fewer press conferences and granting fewer interviews than his recent predecessors. It hosts informal question-and-answer sessions more often, but in the words of White House Correspondents Association president Steven Portnoy, “the historic record of a presidency requires more than fleeting questions and answers.”
“The free people of the world benefit when the American president demonstrates his willingness to answer questions,” Portnoy told VOA. “We believe that more formal opportunities to engage the president on a broad range of public concerns would be in the public interest.”

>> Patsy Widakuswara’s story for VOA is titled “Under Biden, Press Given Respect but Not Access…”

– NBC’s Kelly O’Donnell: “The President declined to take questions today and continued his COVID briefing off-camera. As I left, I said, ‘Maybe a press conference soon, Mr. President We are looking forward to that.’ And the president said, ‘Me too.'” (Twitter)
– Zachary B. Wolf said “two breaking news stories on Thursday clearly showed President Joe Biden just how limited his power really is…” (CNN)
– NYT’s WH Chief Correspondent Peter Baker writes, “It hasn’t been a good season for Biden’s soft powers. He couldn’t convince the Senate to pass Build Back Better or the right to vote, the Supreme Court to approve his vaccination plan or the Russians to roll back Ukraine. What will be plan B?” (Twitter)
— Vice President Kamala Harris’ response to Craig Melvin’s questions about the administration’s response to the pandemic “quickly became a meme” on Thursday, “with comparisons to scenes from TV shows like The Office and Veep…” (Politico)
— Mike Memoli has struck a deal with Twelve Books to write “The Long Run,” a book on Biden, to be published after the 2024 election… (Axios)
press conferencepress freedomprotect journalists
Share FacebookTwitterGoogle+ReddItWhatsAppPinterestEmail

The existential crisis of an English football team: is it really in Wales?