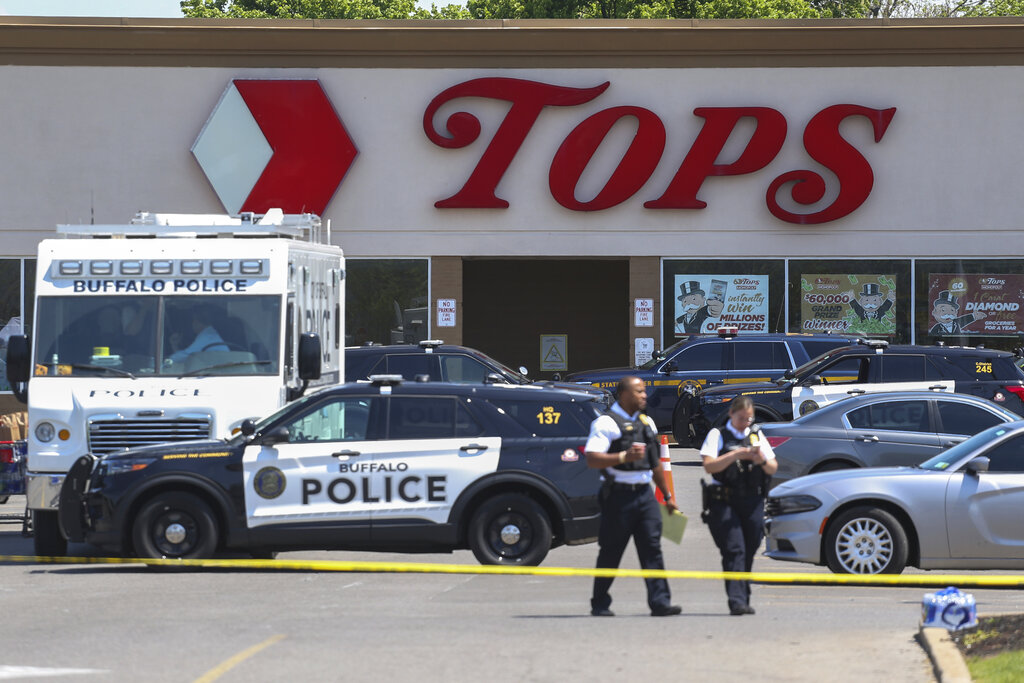 At the press conference, District Attorney Michael Korchak said the thoughts and prayers of the Broome County District Attorney’s Office are with the residents of Buffalo and the families of the victims of Saturday’s senseless mass shooting.

Details on the psychological evaluation of the Buffalo shooter last year

Korchak addressed what he called “misinformation” on social media about a 2021 incident involving the suspect, Payton Gendron, though Korchak did not mention him by name. Korchak said that while at school, the suspect made “disturbing” comments about the murder and suicide that were later reported to the Susquehanna School District and then to the New York State Police. Korchak said no direct threats were made against the school or the students, there was no mention of guns, and the suspect said he was joking while making the comments.

However, Korchak said that since the Buffalo shooting was so recent, authorities don’t currently have full details of the suspect’s psychiatric evaluation at Binghamton General Hospital that stems from the school incident. He said the suspect was deemed not dangerous at the time of last year’s assessment and therefore could not be detained.

People in his office were aware of the 2021 incident, according to Korchak. He said the suspect fell through the cracks of the system because after graduating in 2021, Gendron did not have follow-up supervision.

To combat domestic terrorism in the local community, Korchak said he “should follow up with the governor,” following Hochul’s announcement on Wednesday. But he didn’t definitively call the Buffalo Massacre homegrown terrorism, saying he believes it’s all murder and crime. “To me, terrorism is flying planes into buildings,” Korchak said.

“I don’t know as racial bias…it’s not limited to Broome County,” Korchak said. He explained that Broome County doesn’t have a lot of cases of racial bias and it’s important to educate the community. But regarding this case and the suspect’s alleged manifesto written in Broome County, “This is where you fight the First Amendment because everyone has the right to be stupid,” he said. -he declares.

“It keeps me up at night every time someone posts bail and is convicted of a violent crime,” Korchak said. He said he had not personally spoken with the suspect or his parents.

“Everyone is going to be questioned” who had contact with the suspect, Korchak said. He said he doesn’t currently know if anyone knows the shooting might be happening, but anyone who has had contact “is someone we want to talk to.”

He said he contacted Erie County District Attorney John Flynn to offer any assistance he needed with this criminal prosecution. He noted that he is limited on what he is able to discuss, however, he would like to set the record straight on the false information that has been given to the media.

Korchak also said he could not discuss the facts of the ongoing investigation.