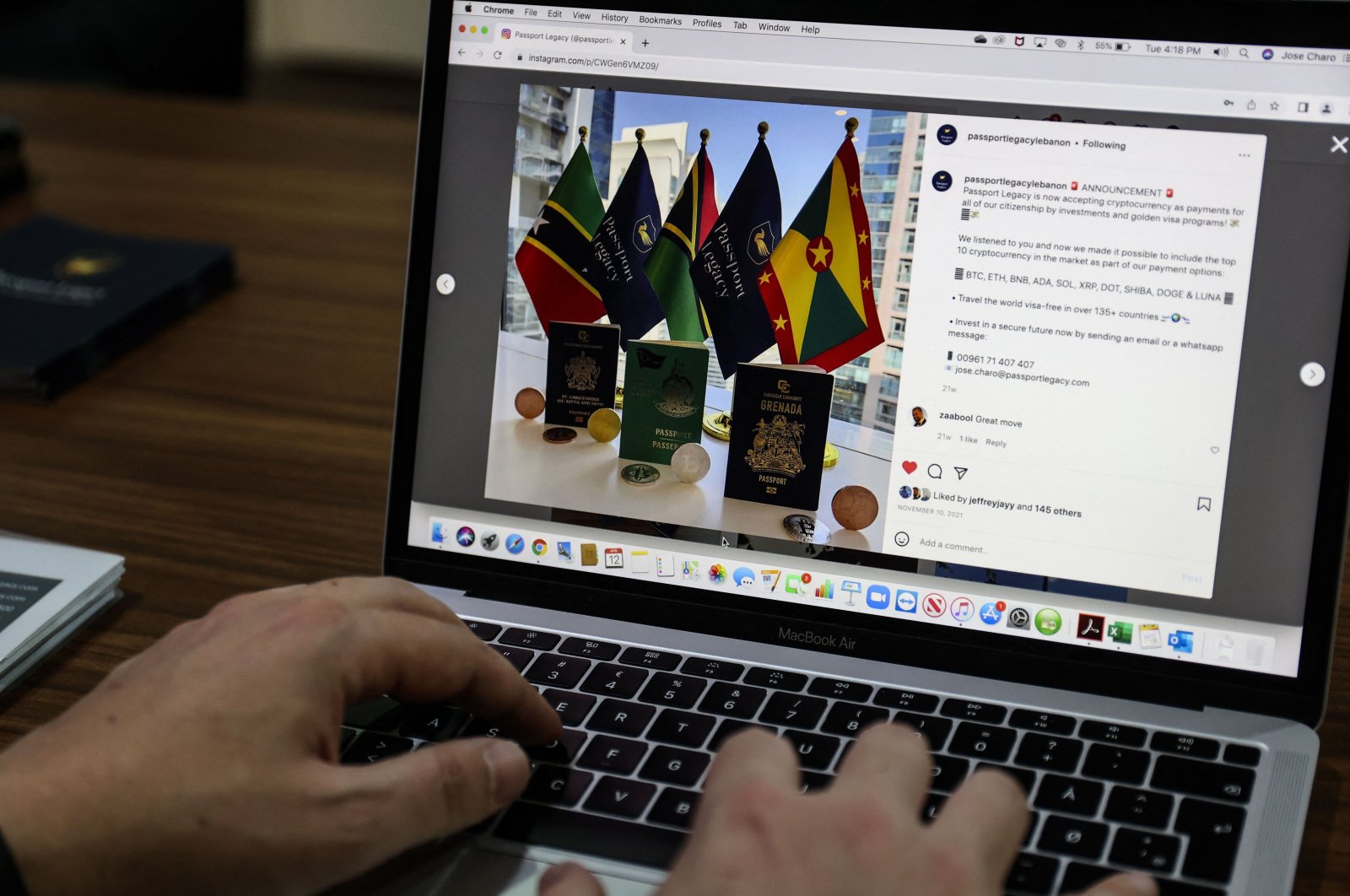 Lebanese executive Jad has spent around $135,000 securing new citizenship for him and his wife, fearing visa hassles will cost him his job in Dubai, while an economic meltdown has wiped out all options for return at home.

Less than a month after making the payment last year, the 43-year-old businessman received a small parcel in his letterbox.

Inside were two navy blue passports from the Caribbean island nation of St. Kitts and Nevis – its ticket to visa-free access to more than 150 countries, including Europe.

It was a major upgrade to Lebanon’s passport, which is ranked among the worst in the world and has become nearly impossible to renew as the cash-strapped state runs out of supplies.

“Three years ago I wouldn’t have imagined I would be buying a passport,” said Jad, who had previously struggled with lengthy visa procedures for business trips.

“But now, because of the situation in Lebanon – and because we can afford it – we finally did it,” he said, asking that his full name be withheld for privacy reasons. .

A St. Kitts passport ranks 25th in the world while Lebanon languishes 103rd on the Henley Passport Index for travel freedom.

With a population of less than 55,000, it began selling citizenships a year after gaining independence in 1983.

Citizenship by investment programs has become a booming business internationally, attracting the wealthy from unstable countries like Iraq, Yemen and Syria.

Some EU member states, including Bulgaria, Cyprus and Malta, have also introduced “golden passport” schemes, but they have faced opposition from the European Commission due to the backdoor that they offer European citizenship.

Wealthy Lebanese, mostly living in Gulf or African countries, are now among those seeking passports that facilitate travel and a safety net against the economic crisis in their country.

The Commonwealth Caribbean nations are particularly attractive because their long-standing programs offer citizenship within months for a lump sum. Candidates are not even required to surrender.

When Jad first went to Paris as a Kittitian, the passport control officers told him, “You come from a beautiful country.”

“But actually, I’ve never been there,” he said.

Jad’s Lebanese friends in the Gulf were also buying “island passports” or investing in real estate in Greece and Portugal to gain residency under so-called “golden visa” schemes, he said.

Lebanese expatriates in the Gulf Arab states have long borne the brunt of political wrangling and divisions between their capitals.

Kuwait has limited the number of visas granted to Lebanese, and many in the diaspora feared that other Gulf states would follow suit.

“It made me think: I have a problem here, I don’t want to jeopardize my work in the Gulf,” said Marielli Bou Harb, a Dubai-based businesswoman.

The 35-year-old bought St. Kitts passports for his family of four last year, encouraged by a steep discount as the COVID-19 pandemic besieged the island nation’s tourism-dependent economy.

A single passport typically costs around $150,000, a sum paid into a sustainable growth fund for the country, which only installed traffic lights in its capital Basseterre in 2018.

Few can afford such a purchase in Lebanon, a country in economic crisis that has seen the currency nose dive, banks freeze deposits and most of the population slip into poverty.

Yet demand for foreign citizenship has spurred a boom in passport advice, with companies advertising on social media, billboards and even inside Beirut airport.

Among them is Global Pass, converted in 2020 from a real estate company after Lebanese started complaining about higher visa refusal rates.

Jose Charo, who heads the Beirut office of Swiss firm Passport Legacy, said Lebanese now make up a quarter of the firm’s clientele.

Their number has quintupled due to the economic crisis which was worsened by a devastating explosion in the port of Beirut in 2020, Charo said.

Having Grenadian nationality makes it easier for business people to apply for US investor visas, he said, while those looking to retire or move abroad can invest about a quarter million dollars in Greece or Portugal to obtain permanent residence.

“They are buying their freedom.”

Keep up to date with what is happening in Turkey, in its region and in the world.