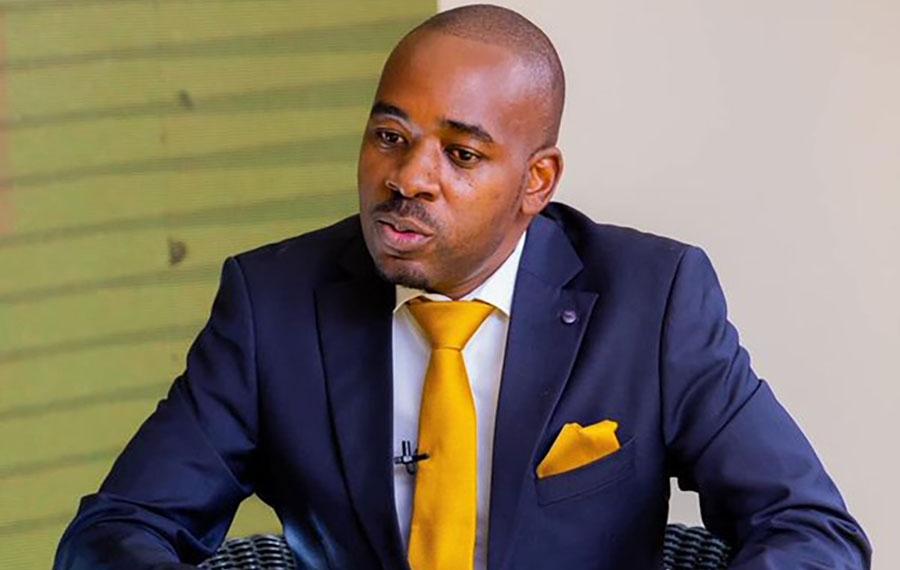 President Emmerson Mnangagwa is haunted by the 2018 legitimacy crisis that saw the economy implode and plunge the country into chaos, opposition Citizens’ Coalition for Change leader Nelson Chamisa has said.

Chamisa, who is on tour across the country to interact with party structures, said life has become difficult for Zimbabweans across the country due to policy inconsistency and noise in the cockpit, such as in testifies to Mnangagwa’s “usurpation” of central bank governor John Mangudya’s powers to announce key statements relating to monetary matters.

“There is no money in the banks, the banks have been banned from lending, yet that is one of the main reasons why they exist. Let us address the question of confidence, the questions of micro-economic stability. There is a lack of trust due to policy inconsistency, policy instability and policy noise in the cockpit. You cannot have a president announcing measures usually announced by the central bank,” said the former minister of information and communication technologies.

“We cannot have the powers of the central bank governor usurped by a president who acts as if he does not know his role. General political arrogance, not listening to stakeholders such as the Zimbabwe National Chamber of Commerce (ZNCC), bankers and others who have given sound advice and suggestions is problematic.

“Policy-making must be consensual and broad. Hear the cries of businesses, workers, students and citizens on the issues they want to see addressed,” he said.

Last month, Mnangagwa announced a series of measures designed to halt the fall of the beleaguered Zimbabwean dollar, including stopping banks from lending, which analysts called misguided.

Mnangagwa, who has repeatedly claimed that saboteurs are bent on making the economy scream and justify a regime change agenda, accuses banks of flooding the financial system with excess funds, fueling falling currencies and the inflation.

“The way forward is for the country to change direction and choose a leadership fit for its purpose. There is no trust in the current national commissioners,” Chamisa said.

“People will continue to scream and panic until the situation is corrected. Even the officials are screaming and panicking. Is it the Zimbabwe we want?

Chamisa said wages have been eroded, inflation is skyrocketing while prices are already taking their toll, all pointing to serious economic problems.

“What we need is to fix the country, restore confidence and find a political solution. This is why I am calling for the pre-election pact on reforms (Prepare) before the 2023 elections so that we do not have a contested election.

“Zimbabwe is the only country in Africa, if not the world, where an electoral process is not agreed. That’s why it has a disputed result. We need executives; ours is problematic because there is no agreement on the nature of the election and, even by its own admission, that is why Zanu PF called for the Political Stakeholders Dialogue Platform (Polad), which is a bad answer for a good question. The answer is a legitimate engagement platform.

“Those in government are engineers of chaos. Economic sabotage is the author of government. This is where it is produced. It’s a leadership crisis and Zimbabwe has been in this predicament for over two decades, but it’s fundamentally a governance issue, a leadership issue.

“Our country has no leader and that is the biggest problem. We are looking for a unifier, a leader, a peacemaker, and if you look at all those things, they are not present in the man who occupies the president’s office.

What’s happening this weekend at the Phillies-Angels Series, June 4-5