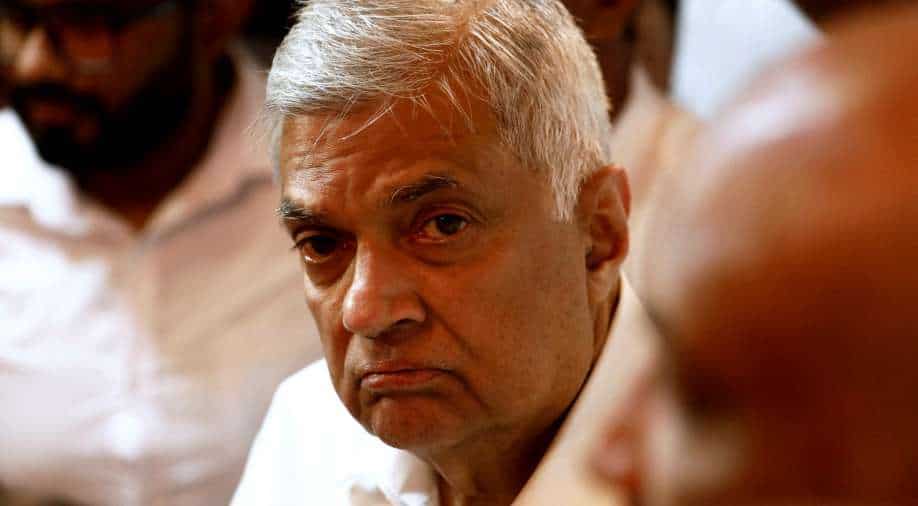 For several months, Sri Lanka has been experiencing serious political instability and unprecedented economic turmoil. The overwhelming perception in Sri Lanka and elsewhere is that the economic crisis in Sri Lanka has been caused by nepotism, corruption and above all the wrong policies pursued by the government led by the Rajapaksa brothers and their family members in high positions.

Mismanagement of the economy has led to distortions in the agricultural sector negatively impacting food and tea production, huge external debts, insufficient foreign exchange reserves. Ultimately, this led to a situation where the country ran out of most basic commodities, including food and fuel, and inflation rates out of control. The grassroots anti-government civil society movement that began in earnest in April 2022 led first to the resignation of Prime Minister Mahinda Rajapaksa and then to the resignation of President Gotabaya Rajapaksa in July this year.

The July 20 election of Ranil Wickremesinghe as President of Sri Lanka and the July 22 appointment of Dinesh Gunawardena as the country’s Prime Minister are the culmination of a peaceful transfer of power within the framework of the Sri Lankan constitution. . Will this end the political instability and pave the way for the new government to focus on economic recovery?.

President Ranil Wickramasinghe and Prime Minister Dinesh Gunawardena, in their 70s, are both seasoned politicians. Ranil Wickremesinghe has served as Prime Minister six times while Dinesh Gunawerdana has extensive experience in dealing with the international community as former Foreign Minister of Sri Lanka. He also held other ministerial positions.

However, the challenges ahead are enormous. First and foremost is the question of popular perceptions and acceptability. These two leaders are considered to be the proteges of Rajapaksas. Ranil Wickremesinghe’s popularity rating in particular is very low. He is credited with more failures than successes. However, he is gifted with an acumen that has helped him repeatedly revive his sagging political fortunes and earned him the nickname “The Fox”.

The son of iconic Marxist politician Philip Gunawardena, Dinesh Gunawardena started his political career as a leftist and trade unionist but was associated with Rajapaksas for over two decades and is referred to as their stalwart loyalist. He is seen as a strong supporter of the executive presidency and is said to be opposed to greater power sharing with Tamils.

Additionally, the 18-member Cabinet sworn in on July 22 is described as a “continuity government” as nearly all previous ministers have been reappointed. There is no clarity at the moment on a possible “government of national unity” which is much talked about in the near future.

In short, it is perhaps no exaggeration to say that the Rajapaksa brothers are back in power in their new incarnations known to the rest of the world as Ranil Wickremesinghe and Dinesh Gunawardena. Proverbially, people in Sri Lanka now have old wine in a new bottle or maybe the bottle is that old.

Meanwhile, civil society activists have vowed to continue their agitation until President Ranil Wickremesinghe also steps down. The president is obviously in no mood to oblige. In one of his first acts as president, Ranil Wickremesinghe ordered a pre-dawn military raid on the main site of anti-government unrest in Colombo, in which at least three activists were brutally assaulted by soldiers despite the protesters’ promise to leave the area by 2 p.m. Friday. , July 23.

It remains to be seen whether civil society will be able to maintain its peaceful agitation over a period which, in addition to the resignation of the president, is making several other demands such as the abolition of the executive presidency, midterm elections and the restructuring of the economy. The SL government must exercise restraint in the face of public unrest and the public must keep their unrest peaceful. A semblance of political and social stability in the country is essential to engender the confidence of both investors and tourists.

The biggest challenge before the new political dispensation in Colombo is to ensure a rapid economic recovery, especially in areas that have a direct impact on the daily lives of citizens; in short, the government must take measures to contain inflation, organize the supply of basic necessities at affordable prices.

President Wickremesinghe hopes to continue his dialogue with the IMF for a rescue/bailout plan to its logical conclusion. Will that be enough on its own? A donors’ conference is planned in Japan. Again, will there be adequate pledges? And what measures such as strict austerity measures are Sri Lankans prepared to take to ease the situation?

Sri Lanka is India’s close neighbor with centuries-old historical, religious and cultural ties. Sri Lanka’s instability has implications for India. In the recent past, India has extended aid and assistance worth nearly $4 billion in the form of lines of credit, provision of essential commodities, etc. India remains committed to helping Sri Lanka, but there are limits to which India alone can help. The need of the hour is for individual countries, international financial institutions to step up and save Sri Lanka at least from total collapse.

There is no evidence that China, which is part of Sri Lanka’s current problems, is also willing to be part of the solutions. Above all, the SL government will have to think outside the box and quickly embark on a course correction while the Sri Lankan people must be prepared to exercise patience for some time. Overall, the journey to even partial recovery can be slow, difficult, and even painful.