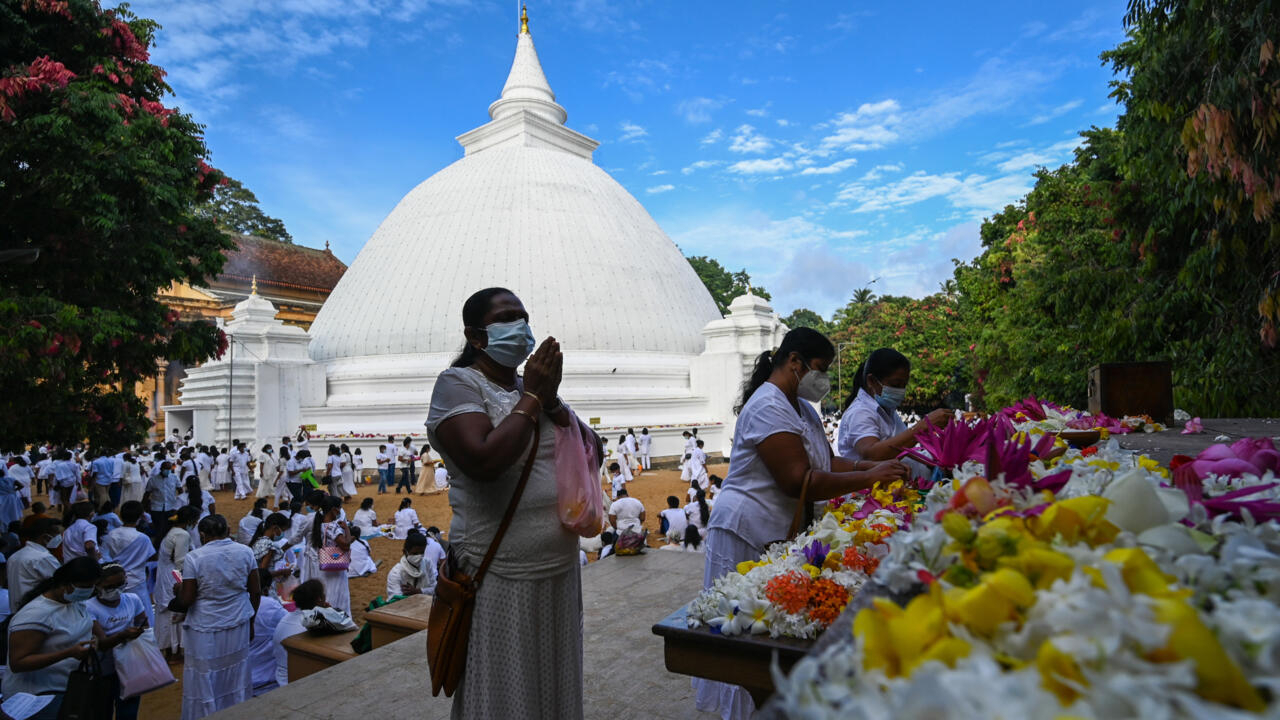 Colombo (AFP) – Sri Lankan authorities on Sunday lifted a nationwide curfew for a major Buddhist festival, with celebrations snuffed out as the island faces a deepening economic crisis.

A nationwide stay-at-home order has been in place for most of the week after mob violence left nine dead and more than 225 injured, sparked by attacks on peaceful protesters by party loyalists. government.

In recent weeks, protesters across the Buddhist-majority country have demanded the resignation of President Gotabaya Rajapaksa following Sri Lanka’s worst economic crisis in its history as an independent nation.

Shortages of food, fuel and medicine, along with record inflation and long power cuts, have caused severe hardship for the country’s 22 million people.

Sunday marks Vesak, the most important religious event in the Sri Lankan calendar, which celebrates the birth, enlightenment and death of Buddha.

The government also announced it was lifting the curfew for the day without saying when or if it would be reimposed.

But the current crisis has prompted the government to cancel plans to mark the festival, which had been planned at a temple in the south of the island.

“Given the government’s economic situation and other constraints, we are not holding this year’s state festival at Kuragala Temple as planned,” an official from the Buddhist Affairs Ministry told AFP.

The official said Buddhists were free to hold their own celebrations, including mass meditation and Buddhist sermons traditionally held during the festival.

But Sri Lanka has been unable to hold Vesak properly for years, with Easter Sunday attacks dampening celebrations in 2019 and the past two years affected by the coronavirus pandemic.

This year’s event has been scaled back due to political instability caused by the economic crisis.

Newly appointed Prime Minister Ranil Wickremesinghe is struggling to form a unity government ahead of Tuesday’s parliamentary session, the first since taking office.

Opposition parties have refused to join a new administration unless the president steps down first.