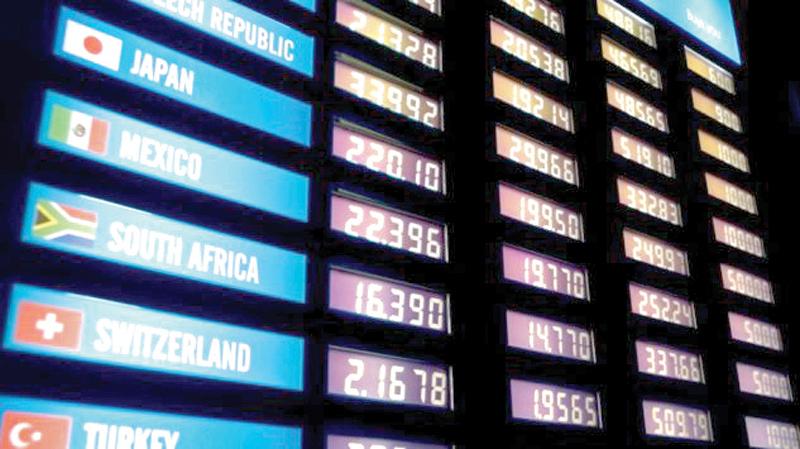 Currency Board: a solution to Sri Lanka’s economic crisis?

On March 8, Sri Lanka devalued the rupee against the US dollar, entering a floating exchange rate regime. The Central Bank of Sri Lanka had to abandon the pegged exchange rate because it was impossible to defend the rupiah with declining reserves. The interbank exchange rate jumped after banks received assurances that the exchange rate was floating.

The initial surge was followed by a further rally in the US Dollar reaching close to Rs. 300 per USD. With the gradual weakening of the rupee, inflation is also reaching worrying levels calling for radical changes, including the adoption of a currency board. This article discusses the effectiveness and relevance of a currency board for Sri Lanka in the current macroeconomic environment.

A currency board is a system that issues domestic banknotes in exchange for a specific foreign currency – an anchor currency such as USD which is used for trade with partner countries – at a constant rate. One of the cornerstones of the currency board mechanism is the ability of the authority to respond to any demand for foreign currency by holders of the national currency.

In Sri Lanka, even after the floating of the rupee, reports suggest that there is an active curb market with a significant premium above the interbank rate. While such market behavior indicates an acute shortage of dollars in the market and the equilibrium rate is further away, no official data exists on the curb market currency exchange.

However, cryptocurrency platforms provide essential information. The Tether (USDT) coin, which is closely pegged to the US dollar on a one-to-one basis, is traded for rupees on peer-to-peer (P2P) platforms as USDT is used as a way to buy other crypto -currencies, including Bitcoin.

Data extracted from the P2P platform support of Binance – a popular cryptocurrency exchange among Sri Lankans – shows evidence supporting the ever-widening discrepancy between official and informal rates. Significantly, the premium over the official rate fell after the rupee float, but gradually recovered until the pre-float period. The number of sellers and volume of USDT available for sale also increased, but returned to pre-float period levels.

Inflationary pressure also shows no signs of ending, further eroding people’s purchasing power. These developments encourage the adoption of a currency board as a currency board is seen as a solution to rising inflation.

The rate of inflation is lower under currency boards than under fixed or floating rate regimes. Currency board economies have grown faster than the average for countries with indexed regimes. However, empirically disentangling the multiple influences to identify low inflation on the currency board is a daunting task.

A major disadvantage of a currency board is the need to give up the independence of monetary policy needed to manage asymmetric shocks.

Such a loss is costly when the anchor currency country reacts to cyclical conditions, which are different from the conditions prevailing in the country that operates the currency board.

For example, the Hong Kong currency board imported low interest rates from the United States in the early 1990s. Such monetary easing was appropriate for the United States, but Hong Kong faced a surge asset prices that necessitated monetary tightening. A counter-argument against the negative impact of the loss of monetary policy is the availability of fiscal policy at the disposal of the exploiting country.

However, the maneuverability of fiscal policy is determined by fiscal and debt positions. In the context of Sri Lanka, the high debt-to-GDP ratio and fiscal deficits could constrain the use of fiscal policy to revive the economy in a recession – due to fear of losing investor confidence in sustainability debt.

Sri Lanka’s high indebtedness will also make it difficult to set up a currency board. As soon as a threat of default looms, interest rates soar and debt refinancing becomes increasingly difficult.

The operating country also needs reserves to support the monetary base in a currency board. In a currency board, the fund must continually convert the domestic currency to the anchor currency at a constant rate.

It should be noted that Sri Lanka’s reserve level has been declining over time in the recent past.

Another disadvantage of currency boards is the requirement for real sector changes to compensate for exchange rate differentials.

In this context, the decision to install a currency board should be taken after a thorough cost-benefit analysis.

A currency board will be helpful in stabilizing inflation in the short term, but in the long term Sri Lanka will be better off with a more flexible exchange rate regime.

The benefits of a currency board are not mutually exclusive. For example, fiscal discipline should be stronger in flexible exchange rate regimes because the effects of fiscal policy are passed through immediately and more transparently. Thus, if Sri Lanka enters a currency board to stabilize inflation and the national currency, it must consider an exit strategy.

Generally, it is advisable to leave a currency board when the economy recovers. The obligation to give up monetary independence and the inability to finance public spending under a currency board could reduce the political preference for such a system. -The author is an IPS researcher