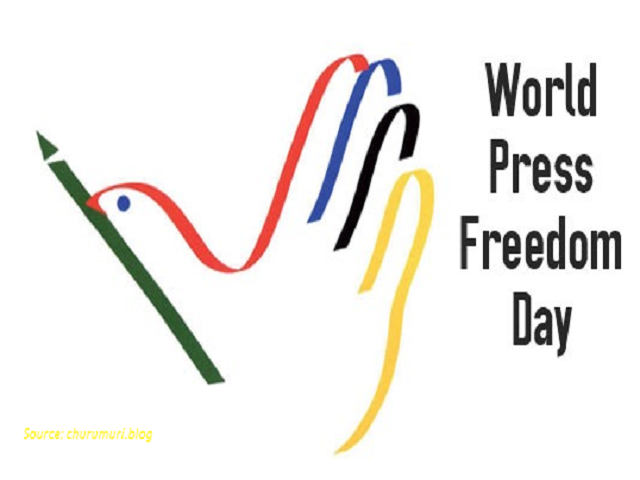 World Press Freedom Day 2021: It is also known as World Press Day. The day also honors journalists who have lost their lives. It is announced by the United Nations General Assembly on May 3 to raise awareness of the importance of freedom of the press in the functioning, provision of information, its meaning and to awaken the government to its duty to defend and to respect the right to freedom of expression.

Amid COVID-19, World Press Freedom Day celebrations will take the form of online debates and workshops.

– Means of ensuring the economic viability of the news media.
– Mechanisms to ensure the transparency of Internet companies.
– Build media and information literacy (MIL) capacities that will help people recognize and value journalism as an important part of reporting as a public good.

The theme of World Press Freedom Day 2020 has been “Journalism without Fear or Favor“. A global campaign has been launched by UNESCO on the media and social media channels focusing on journalism without fear or favour. From 4 to 6 May 2020, various events including High Level Dialogue on Press Freedom and Countering Disinformation in the Context of COVID-19, webinars and online discussions via Facebook Live, Youtube and Microsoft Teams, among other digital platforms, will take place. On the UNESCO website, debates are available.

The sub-themes for 2020 are:
– Safety of female and male journalists and media workers.
– Independent and professional journalism free from political and commercial influence.
– Gender equality in all aspects of the media.

The host for 2020 is the Netherlands. Previously, UNESCO and the Netherlands had planned to hold the conference on April 22-24 at the Global Forum in The Hague. But now it is scheduled for October 18-20 at the same location due to the COVID-19 pandemic. Let us tell you that it will be the joint celebration of World Press Freedom Day (May 3) and the International Day to End Impunity for Crimes Against Journalists (November 2).

The theme of World Press Freedom Day 2019 has been “Media for Democracy: Journalism and Elections in Times of Disinformation”.

In 2018the theme was “Keeping Power in Check: Media, Justice and the Rule of Law”.

In 2017the theme was “Critical Minds for Critical Times: The Role of Media in Promoting Peaceful, Just, and Inclusive Societies”.

In 2016, the theme was “Access to information and fundamental freedoms – It’s your right!”.

Do you know the history of the newspaper in India?

In December 1993, the General Assembly of the United Nations proclaimed World Press Freedom Day, following the recommendation of the General Conference of UNESCO. Since then, May 3, the anniversary of the Windhoek Declaration, has been celebrated around the world as World Press Freedom Day. This day reminds governments of the need to uphold their commitment to press freedom.

– Several cultural events are organized to determine the importance of press freedom.

– The initiatives of several nations are coordinated by the United Nations Educational, Scientific and Cultural Organization (UNESCO) and most of the time, it serves as an organizing partner to promote freedom of expression.

– UNESCO has awarded awards to deserving organizations, individuals or institutions that have made commendable contributions to the promotion and defense of press freedom in any part of the world.

– In Indiait is celebrated to salute media reporters who have risked their lives providing information or sometimes lost their lives in the duty itself.

– Various government officials, ministers participate in the organization of several events such as art exhibitions; honorary awards for journalists who risked their lives in service, etc. on this day in India.

But due to the COVID-19 pandemic, the celebrations are taking place online. The World Press Freedom Conference 2020 offers journalists, civil society representatives, national authorities, academics, etc. the opportunity to discuss new challenges to press freedom and the safety of journalists and to work together to find solutions. Since 1993, the conference has been organized annually. It will be October 18-20, 2020 in The Hague, the Netherlands.

Freedom of the press, if it means anything, means freedom to criticize and oppose – George Orwell

We all know that in the development of any country, the media plays a crucial role. He is not only aware of what is happening in the surroundings, but also of the events that affect their lives. Freedom of the press must be taken seriously because the safety of journalists when disseminating information in the performance of their duties is of the utmost importance. Furthermore, freedom of expression and the right to expression must be respected.
Source: UNESCO, UN.org

Important days and dates in May 2021