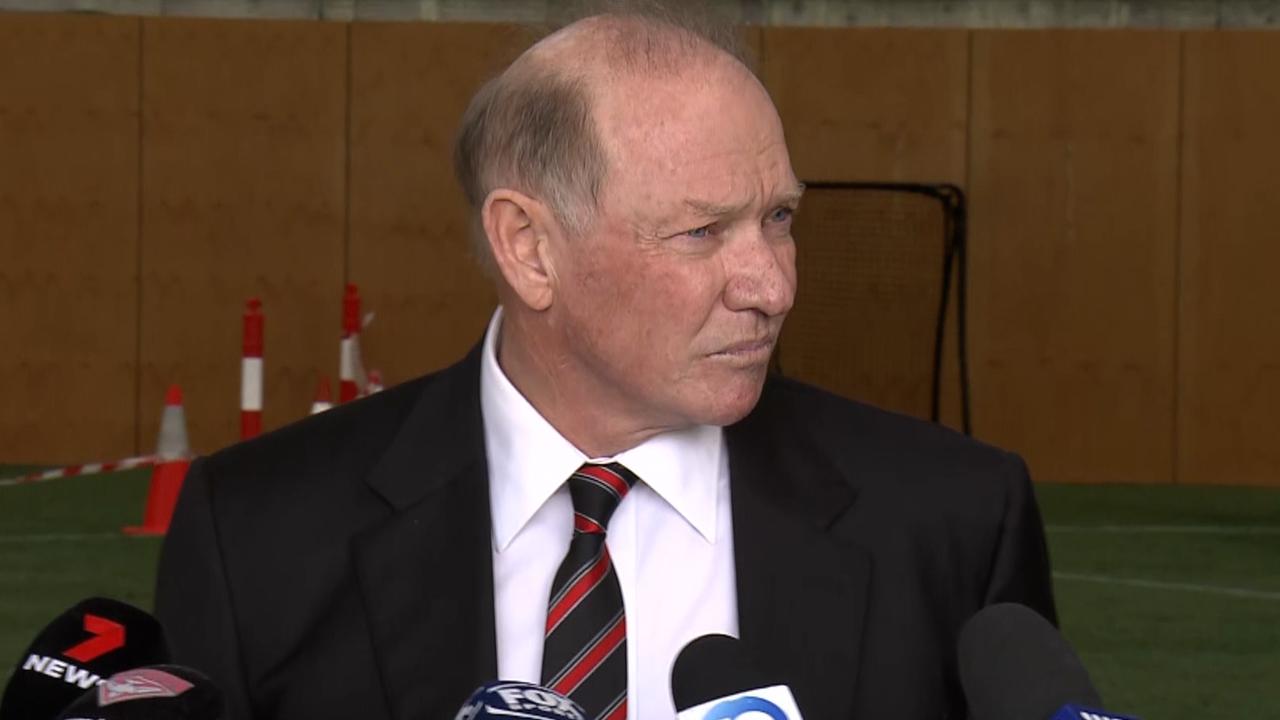 New Essendon chairman David Barham has apologized for leaving manager Ben Rutten in the dark during the club’s failed pursuit of Alastair Clarkson as the Premier’s four-time boss joined instead North Melbourne.

Speaking to reporters on Friday afternoon, Barham said the club would decide on Sunday whether Rutten would stay on for the final year of his contract while answering questions about the situation from the club’s coaches.

The Bombers boss says ‘no one has spoken to ‘Hirdy’ (James Hird)’, who reports State has emerged as a shock candidate to replace Rutten after he resigned as Essendon coach in 2015 during the infamous supplement saga.

Watch every AFL blockbuster game this weekend live and ad-free on Kayo. New to Kayo? Start your free trial now >

Asked by journalist Tom Browne whether sections of the club are in favor of Hird taking over the reins, Barham said: “I have no idea… how much more hypothetically can we get Tom?

Asked later by Browne if the Bombers would look for an experienced coach if they were looking to replace Rutten, Barham said, “Tom, we’re going in circles.”

Barham said he made no apologies for pursuing four-time manager Clarkson but should have spoken to Rutten earlier about the club’s intentions.

“If the best manager of the last 20 years was there, I would fail in my duty not to go talk to him,” he said.

“If I don’t go see it, what do you think the members would think of me.

“Yeah it was ugly and the fallout for Ben is horrible and I apologize for that.

“But I have to do what’s best for the club.

“Obviously we have a plan B, we will meet in council on Sunday and put this plan into action.

Barham also admitted the players were frustrated with the uncertainty around the club and that “I have to live with that”.

It comes as Essendon prepare to undertake an external review of the club, which could come with the search for a new manager pending Rutten’s fate.

Barham said no position was being considered as such, but the club simply wanted outside opinions on where it stood.

“What I would like is a direct comparison with other clubs on how we are doing,” he said.

“Why do Geelong have eight preliminary finals in 12 years, and we don’t make the final?

“I want to know what Geelong is doing. What has Collingwood done this year? What happened with Richmond – why did they turn things around?

“I just want some of that data, to add to the internal data, so we have the full picture…I think our list is okay, but I’d like a little more guidance on whether our list is really good. ”

How to avoid a crisis in Taiwan