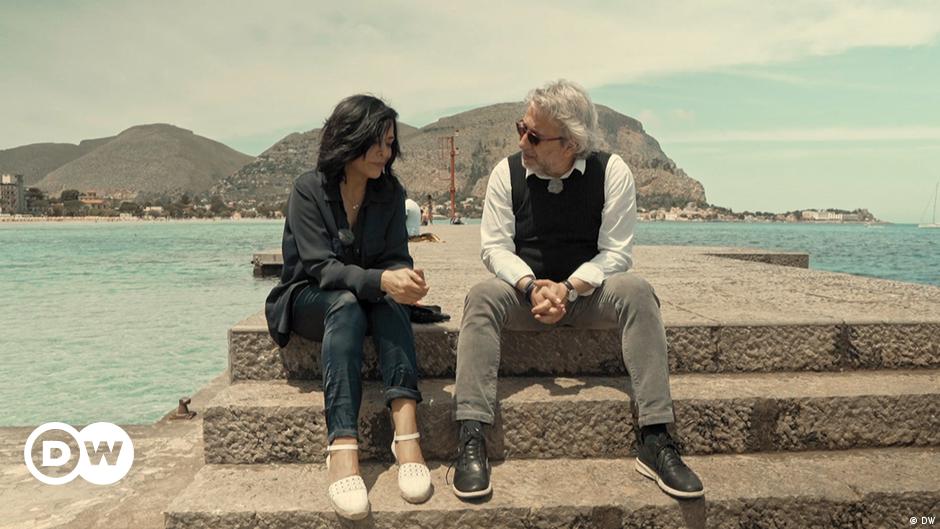 Renowned Turkish journalist Can Dündar meets exiles and dissidents around the world to tell them about the fate he himself shares with them. Together with DW editor-in-chief Linda Vierecke he created the DW documentary series “Guardians of Truth”. It reveals impressive biographies of people who fearlessly defend free speech in many countries.

The series begins with a visit to journalist Anabel Hernandez. A report by Linda Vierecke.

We are sitting in the car, in the middle of the metropolis of Mexico City—it is the evening of November 1st. Everything is decorated in bright colors, the cemeteries along the way light up. All of Mexico celebrates the Day of the Dead.

Speculation on Twitter around the death of the Turkish president

Can Dündar sits next to me and checks his Twitter messages. It follows a Turkish hashtag, which translates into English as #HeIsDead. The person in question is Recep Tayyip Erdogan. A follower uploaded a disturbing video, fueling speculation about the death of the Turkish president.

Months ago, when we started this film project together, Dündar had already told me: “When Erdogan resigns, I will be on the first plane to Istanbul.”

Dündar’s fate is closely linked to that of Erdogan. After all, the court that sentenced Dündar – in absentia – to 27 years in prison is “almost completely under the control of Erdogan’s government”, the journalist previously said. The reason: Dündar had made public the delivery of arms by Turkey to Syria. But the journalist had only done his job, that of editor-in-chief of Cumhurriyet, one of the most important dailies in the country. He has lived in exile in Berlin for five years.

But that night, while we were filming in Mexico, Dündar didn’t fly to Istanbul. Our filming continued. We worked together on this production for almost a year and the work tested some things that I had long taken for granted.

Traveling with Dündar means checking every border to see if it’s safe for him. This is because Erdogan tried to get a “red notice” issued to Interpol; a request for disclosure of a particular person’s whereabouts and temporary arrest. When the passport is scanned, a red light then flashes at each border.

It is normally terrorists and internationally wanted criminals who receive such a red notice.

Interpol objected to this in the case of Dündar, but our fear had still not completely disappeared. We also had to check the bilateral agreements between the countries before each departure. Is there an extradition agreement from Dündar to Turkey? Can Dündar enter and exit safely? These circumstances played a central role in the search for protagonists for our series.

The police authorities who protect Can Dündar in Germany even advise us against traveling to Italy. This sends shivers down my spine because I trust the police assessment at this time. Prevention is better than cure, is my first thought. Dündar, however, defends his freedom. “If Italy locks me up, what does that mean for press freedom in Europe?” he says and waves him.

We view everything with a critical eye, but soon we also know: 100% security only exists for those who hide from the world. We decide that we want to continue our work and travel.

Mexico does not have an extradition treaty with Turkey.

Nevertheless, traveling for journalists here is a daunting undertaking. No country in the world is more dangerous for those who work in our profession than Mexico. Since 2000, nearly 150 journalists have been killed. Murders are rarely solved.

The other central character in our documentary, Anabel Hernandez, puts her life on the line for her research when she writes about drugs, corruption and the abuse of government power.

When 11 armed men show up on her doorstep one day and she is not at home by chance, she decides to go into exile for the good of her family.

But even in exile, she can’t help but think of the many unsolved crimes. She regularly travels to her native country to talk to informants or to interview victims of violent crimes. During these trips, she is protected 24 hours a day by bodyguards.

We too are traveling to Mexico with two bodyguards who served in the military. The week before our arrival, two journalists were again killed in the country. 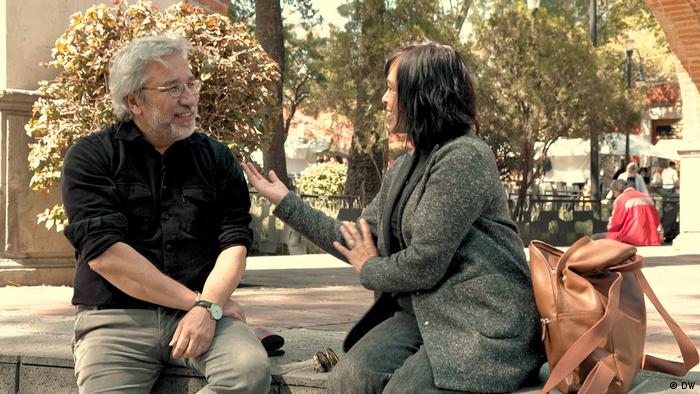 Journalists Can Dündar and Anabel Hernandez meet in exile

We meet Mario, who is digging in the ground with a pole in the hills of Mexico, looking for the remains of his brother, who was kidnapped a few years ago and never appeared again.

Hernandez tries to resolve cases like this to ease some of the suffering of loved ones. The bodyguards urge us to get back on the highway before nightfall because armed robberies of vehicles are commonplace in this neighborhood.

I sleep badly at night because I don’t feel safe. But for us, it’s just a week where we feel like it’s a state of emergency. For many journalists in Mexico, however, threats are part of everyday life. 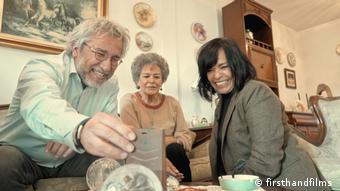 During the filming of the documentary on the Mexican investigative journalist Anabel Hernandez, you always have to weigh things well: what is it allowed to represent? Places, people, routes, details – everything is discussed in detail because, of course, we don’t want to endanger her or her family. Exiles often leave family and friends behind, leaving them in danger.

Hernandez also protects his informants: we can only recreate an interview because showing informants in footage would put their safety at risk.

We realize how great her confidence in us is when she takes us to her mother. Rosa Maria is immensely proud of her daughter, but also sick with worry. Yet the mother never stood in her way. She knows the truth is more important to Anabel Hernandez than her own safety.

This article was originally written in German.