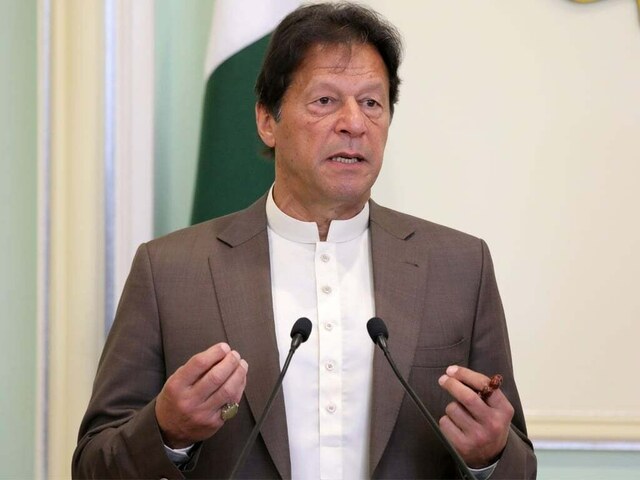 ISLAMABAD: President and ex-Prime Minister of Pakistan Tehreek-e-Insaf (PTI), Imran Khan, said on Tuesday that he would take unprecedented decisions to pull the country out of the economic crisis if his party is elected again in the power.

Speaking at a seminar on Pakistan’s economy, organized by his party, he said “now is the time, we must come up with creative solutions to govern the country like no one has ever done”.

“We need to take concrete action and something no one has ever taken before so that we can face the challenge of the devastation from the recent floods,” he added.

Khan admitted his administration was not ready to lead the country when he came to power in 2018, saying he spoke to Shaukat Tarin, his party’s former finance minister, that the PTI should be well prepared to face the challenges. time around when it comes to power.

He said his party’s top priority would be to protect the vulnerable from soaring inflation, especially following the recent devastation caused by monsoon floods across the country.

Referring to his party’s international telethon a day ago, through which he raised more than Rs. business must have realized that it was foreign funding through which his party had collected donations to help people in the country like he did yesterday”.

“This is what they call foreign funding,” he told leaders who questioned the party’s foreign funding, saying that “expatriate Pakistanis are the assets of the country and we must recognize their contribution which is always there whenever we needed them”.

“The imported regime must have seen our ‘foreign funding’ yesterday through which we raised Rs 5 billion for the flood victims…this is how we get foreign funding,” Khan said referring to the critics. of his political rivals on the financing of his party by overseas Pakistanis. .

Khan recalled that during his last term in office he was unable to resolve many problems facing the country due to political instability as the opposition from day one wanted to overthrow his party’s government .

He said he knew about the plot against his government from day one, first adding that Nawaz Sharif, who had been convicted by the country’s highest court, fled to the UK under the pretext of sick, then Shehbaz Sharif came back. from London while putting on a mask as if he were a “Covid-19 specialist”.

He also accused the ruling PML-N of playing politics as the country grapples with the coronavirus pandemic, saying Shahid Khaqan Abbasi and other party leaders expected hospitals to be full and that the economy would get out of hand, but we managed everything is good enough and has earned accolades around the world.

He said he launched two major projects – Ravi City and Bundal Island – which he said had the potential to attract billions of dollars worth of foreign investment.

He lamented that the Sindh provincial government canceled the No Objection Certificate (NOC) for the Bundal Island project and that the builder mafia got a restraining order which halted work on the Bundal project. Ravi City for 11 months.

Slamming the incumbent rulers, he said they had taken no action to improve the lives of the masses as their only aim was to seek redress in cases of corruption.

“They laughed at me when I started the Billion Tree Tsunami Project…they [the political opponents] made no long-term plan to protect the country from climate change,” he added.

Taimur Khan Jhagra, the provincial finance minister of Khyber-Pakhtunkhwa, said that “the incumbent regime has generated 1.7 billion rupees in profit after one year, and you have set a record by raising 5 billion rupees in three hours “.

Speaking on the occasion, former energy minister Omar Ayub Khan said finance minister Miftah Ismail “is lying; he does not lie between his teeth, he lies blatantly”.

Through “a declaration of integrity on the floor of the National Assembly, he added, “Finance Minister Miftah admitted that the agreements signed under the government of his party were wrong, costly because they included advance payments”.

He said the fixed capacity payment for power plants will reach 1.455 billion rupees by 2023, adding that the electricity tariff will be higher than 45 rupees per unit due to the faulty policies of the incumbent regime.