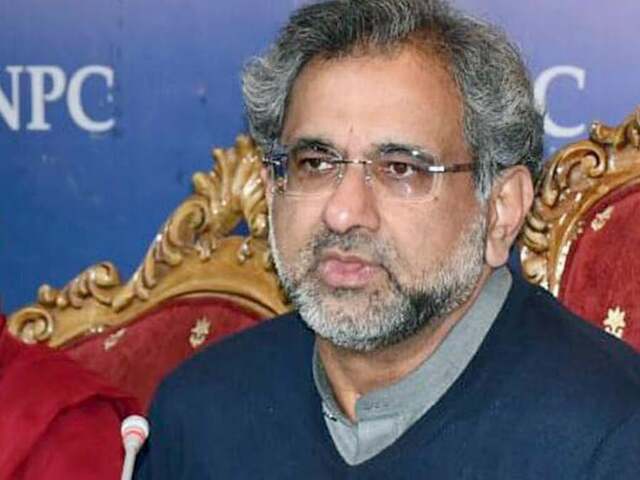 ISLAMABAD: Pakistan’s acute energy crisis poses a serious situation to its weak economy and unstable national security environment, and to avoid these challenges, the country needs an immediate and targeted approach.

This was the focal point of a webinar hosted by the Pakistan Institute for Economic Development (PIDE), here Thursday, which was addressed by former Prime Minister Shahid Khaqan Abbasi and others.

Speaking on the occasion, Abbasi said the country’s energy problems are deep and complex, rooted more in shortages of governance and political will than pure supply.

Pakistan is facing a deep energy crisis due to the lack of energy production from cheap sources, he said. He added that possible new policies are needed in this direction to improve the energy sector by paying more attention to alternative energy sources to promote economic progress.

Circular debt is pure loss; someone has to fix it. All circular debt is parked in industries and banks; these are unpaid invoices to the PPIs. He added that at present, the Ministers of Power and of Oil do not speak to each other, the lack of strategy and communication are the main reasons for the increase in the level of circular debt.

He said the government should step up oil exploration and production activities as part of dealing with the current energy crisis. He said that in 2013 when his party came to power in the first phase, they looked at the country’s energy needs and tried to find immediate ways to solve the problem. Given the supply / demand situation of the energy market, the government, in order to improve the country’s energy mix, has decided to start importing liquefied natural gas (LNG) for which measures both long term and medium term were taken.

He said that currently LNG tariffs have skyrocketed but if the government had made the right decision at the right time, which he said was during the peak of Covid-19, Pakistan could have save billions of dollars by procuring LNG on time.

He said the long-term deal with Qatar on the supply of LNG is currently much cheaper than the Iran-Pakistan and Turkmenistan-Afghanistan-Pakistan-India (TAPI) pipeline projects.

But the irony is that the current government of Pakistan is fixing the problems despite the solutions, he said. There is no free energy in the world, energy is expensive, and the most expensive energy is the energy you don’t have.

PRESS RELEASE | Year in review 2021 | ADEQ works for the protection of the environment, the public health of all Arizonas