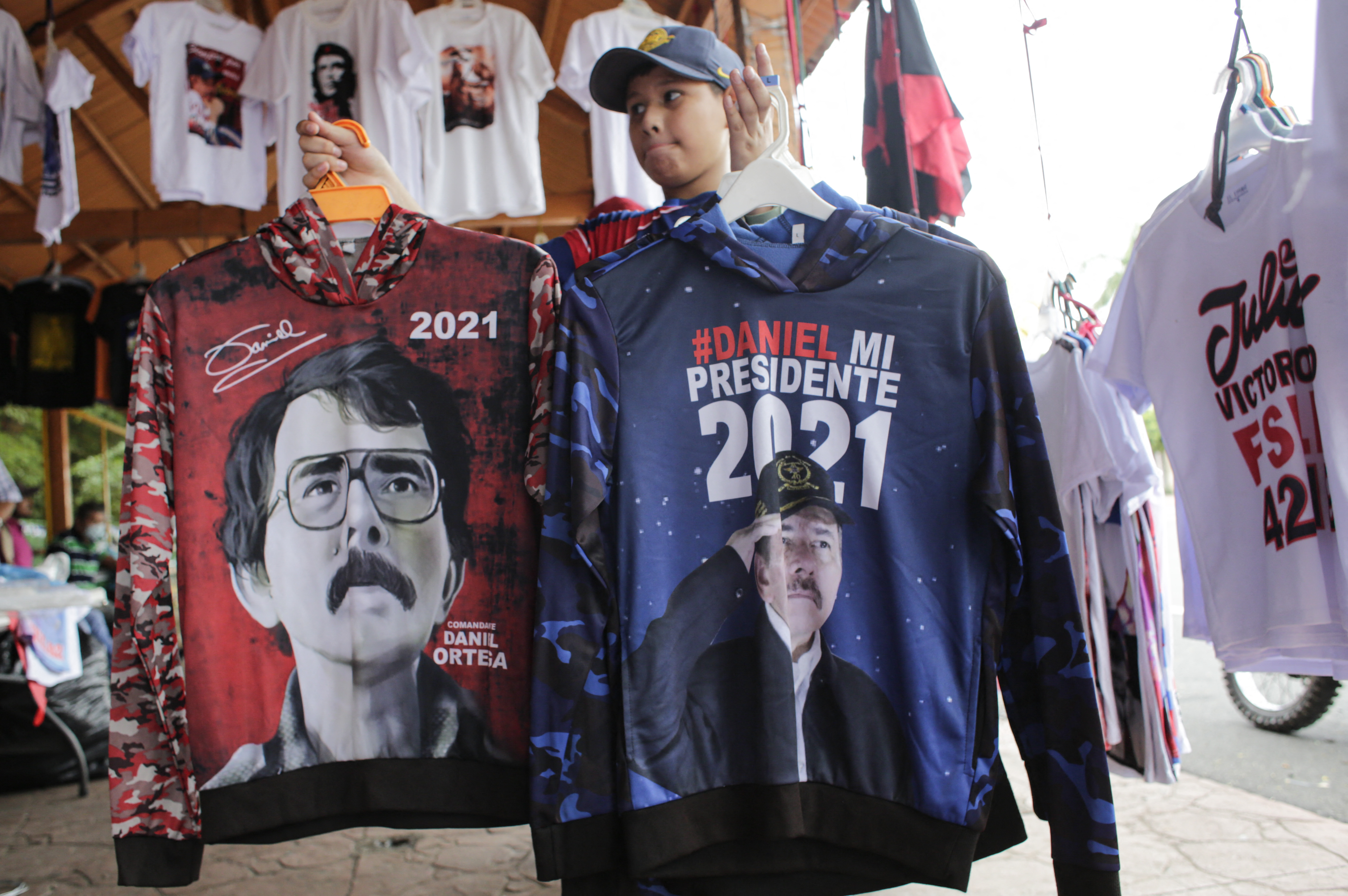 On November 7, Nicaraguans will go to the polls to vote for the president, the culmination of a campaign that has included the detention of opposition candidates, the banning of civil society organizations and the continued crackdown on the independent press of the country.

Nicaragua’s press freedom environment deteriorated sharply in 2018, when journalists covering protests against social security reform found themselves in the crosshairs of authorities, facing intimidation. , threats, judicial harassment and arrests, as documented by CPJ.

Over the past year, authorities have broadened their arsenal of tactics to suppress independent reporting and target individual journalists covering the country’s political crisis, with new laws that criminalize fake news and punish media that receive funding. from abroad, and imprisoning journalists and using state institutions to harass and censor the media.

With President Daniel Ortega, in power for more than 14 years, taking punitive measures to get re-elected, the stakes for the independent press in the country could not be higher. Below are eight press freedom threats to watch in Nicaragua as voters prepare to go to the polls.

As Nicaraguan authorities arrest members of the opposition, journalists who have covered or commented on the political unrest have also found themselves behind bars.

Police arrested journalist Miguel Mendoza on charges of conspiring against national integrity on June 21 in Managua, as CPJ documented at the time. A sports journalist by training, Mendoza has turned to political territory in his writing in recent years and has become a vocal critic of Ortega on Twitter and Facebook, according to reports.

Juan Lorenzo Holmann, editor of the national daily La Prensa, was arrested on August 14 after La Prensa newsroom was raided, as CPJ documented at the time. He faces charges of money laundering and customs fraud. He is a member of the influential Chamorro family, owner of the newspaper and including opposition leader Cristiana Chamorro, currently under house arrest.

Miguel Mora, a former journalist turned opposition candidate, was arrested on June 20 for inciting foreign interference, according to a report from France 24. Mora, the founder of the independent news channel 100% Noticias, said received the CPJ International Press Freedom Award in 2019.

Mora, Mendoza and Holmann are all held in El Chipote prison in Managua, with political figures who have been arrested this year. According to press reports, the families of the prisoners have publicly stated that they are concerned for their health and safety behind bars.

CPJ sent an email to Vice President Rosario Murillo’s office, which manages communications for the presidency, for comment, but has not received a response.

Nicaraguan authorities used raids as a form of intimidation against media such as an independent news site Confidential, which has taken a more critical line in recent years on topics such as the government’s handling of the pandemic and its human rights record, according to the CPJ review.

On May 20, police raided Confidentialin Managua and detained a cameraman for six hours, CPJ documented at the time. This was the publication’s new office – its old office was occupied by police in 2018, as documented by CPJ, and was recently turned into a medical facility by authorities.

Almost three months after the recent Confidential raid, on August 13, the police raided La Prensathe newsroom. The day before, La Prensa The board said it was suspending the print edition of the newspaper because customs officials repeatedly withheld imported supplies, including newsprint.

Since the start of this year, riot police have maintained a constant presence outside the home of Kalúa Salazar, editor-in-chief of La Costeñísima radio and television station in the Caribbean town of Bluefields, CPJ documented. In April, the police grabbed her by the neck and tried to grab her cell phone as she tried to leave the house.

Salazar told CPJ she believed authorities were harassing her in the run-up to the elections in order to silence La Costeñísima, one of the few independent media outlets on Nicaragua’s Caribbean coast.

CPJ also documented police parking in front of a journalist’s home and filmed his behavior, as well as death threats against a journalist by people allegedly favorable to Ortega.

CPJ emailed the police public relations department but did not receive a response.

In late spring, prosecutors began summoning journalists and politicians to testify in a criminal investigation into alleged money laundering by Cristiana Chamorro, political candidate and former head of a defense organization. of freedom of expression now closed.

Cristopher Mendoza, a representative of the Nicaraguan Journalists’ Union Periodistas y Comunicadores, told CPJ by telephone that at least 30 journalists have been summoned in the case, many of whom have been harshly questioned by prosecutors urging them to “provide information about the case. sources and other journalists ”. or.”

In June, CPJ documented that one of the summoned journalists, María Lilly Delgado, a freelance correspondent for US broadcaster Univision, had been told by authorities during her questioning that she was under investigation. as part of the case. CPJ has not been able to independently confirm whether she faces charges.

CPJ called the Nicaraguan prosecution service and the courts but received no response.

In addition to the harassment of the Nicaraguan justice system, journalists and the media have come under pressure from the administrative authorities. Last year, CPJ documented pressure by the tax administration on independent broadcaster Nicavision Canal 12, which said the outlet owed overdue taxes, which led to a court seizing its assets. Customs authorities have repeatedly withheld imported ink and paper in recent years, hampering newspapers’ ability to publish.

In August, agents of the real estate administration seized the house in Managua of Patricia Orozco, director of the information site Propia Agenda, she told CPJ by phone. According to news reports, Orozco said the government gave him the house in the 1980s, but now claims it as government property. She told CPJ that authorities were retaliating against her for her reporting on human rights, politics and gender.

“These are state institutions serving the interests of the Ortega regime,” Orozco said of the administrative authorities acting against journalists.

Mendoza, the representative of the journalists’ union, told CPJ that ahead of the election, many media outlets altered their programming to avoid harassment by government officials. “There is a news media blackout,” he told CPJ.

According to Voice of America, funded by the US Congress, Radio Corporación, a major radio station in the country, last month suspended two programs deemed critical of Ortega, Onda Local and Confidencial.

“Media owners fear that their operating licenses will be canceled if they present a facade to the Ortega regime. This is why they are canceling some programs or transforming them to have a “lighter” program, ”Mendoza said.

According to a 2021 report from La Prensa, journalists who cover sensitive topics like politics or the COVID-19 pandemic have sometimes chosen to no longer use signatures on their articles to prevent the government from identifying them.

Mendoza estimates that 38 journalists have left Nicaragua so far in 2021 for fear of persecution, either after being summoned by prosecutors or because of other threats. He estimated that 100 journalists left the country after the unrest of 2018, and that most Nicaraguan journalists in exile now live in Costa Rica, with others scattered throughout the United States and Spain.

One of Nicaragua’s foremost freelance journalists, Carlos Fernando Chamorro, director of Confidential, went into exile in 2018 and returned to Nicaragua a year later, only to go into exile again in June due to increasing persecution that resulted in a search of his home, he wrote.

In August, the Nicaraguan attorney general’s office announced criminal charges against Chamorro, adding him to the ongoing investigation against his sister, opposition figure Cristiana Chamorro, as documented by CPJ.

Under Ortega, access to public information was severely restricted despite legal provisions, such as Law 621, which oblige state institutions to provide it.

Orozco and Mendoza told CPJ that independent media’s requests for public information are almost never met and that government officials do not invite independent journalists to press conferences.

A 2020 report released by the Violeta Barrios de Chamorro Foundation, the now-closed freedom of expression group formerly led by Cristiana Chamorro, called Ortega’s administration “mute,” alleging that dozens of institutions of the state refused to respond to requests for public information.

“The motto of [the Ortega government’s] communication strategy has been “uncontaminated information” – meaning they don’t want any sort of criticism or thought that differs from their own, “Orozco told CPJ.

In the upcoming election, journalists told CPJ they fear they will not be able to access polling stations and that the results will only be released to state-sponsored media.