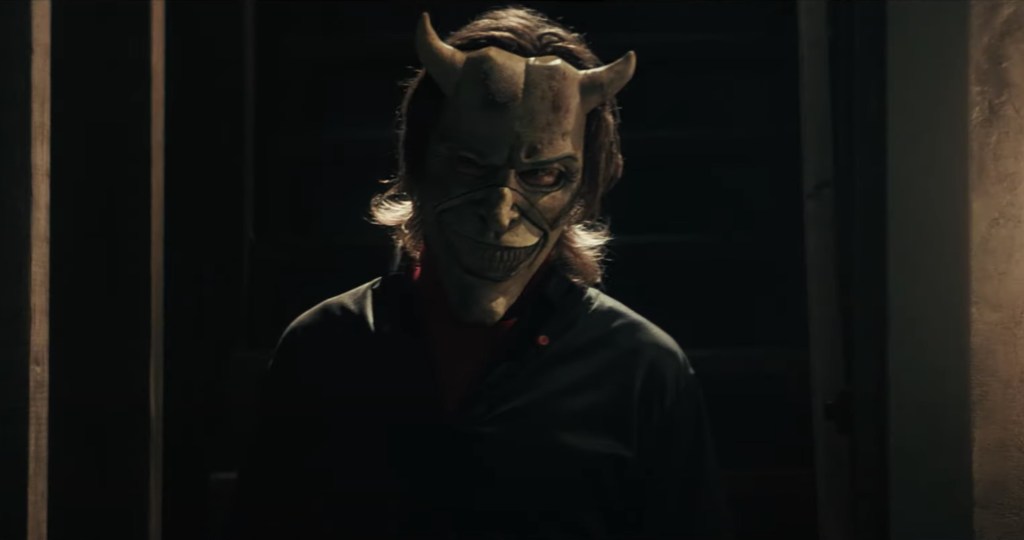 Originally slated for February 4th, “The Black Phone” will now hit theaters on June 24th. Directed by Scott Derrickson, “The Black Phone” follows a 13-year-old boy named Finney Shaw who is kidnapped by a killer and taken to a soundproof basement where no one can hear his screams. According to the movie’s connection line, “When a disconnected phone on the wall starts ringing, Finney discovers he can hear the voices of the killer’s previous victims. And they’re determined to make sure what happened to them doesn’t happen to Finney.

Hawke stars as the aforementioned killer in what one press release calls “the most terrifying role of his career”, with Mason Thames making his debut as Finney. Derrickson, the writer-director behind Marvel’s “Sinister” and “Doctor Strange,” also produced and co-wrote the film. Based on Joe Hill’s short story from his hit book “20th Century Ghosts”, “The Black Phone” is also produced by Jason Blum, C. Robert Cargill and produced by Hill, Christopher H. Warner and Ryan Turek.

When his trailer was first unveiled at CinemaCon in August, Hawke said in a pre-recorded clip that he broke his “no villains” rule for the film, while Blum billed him as the scariest movie he’s ever worked on to date.

“The film promises sheer terror as Thames is tortured by Hawke, who enjoys donning terrifying masks and taunting him with stories of former basement tenants and his own childhood,” Donnelly wrote of the gang. -announcement. “The supernatural is introduced via phone calls, where the spirits of fallen children attempt to help the Thames escape, leaving clues and life hacks in its physical space. A young girl from the neighborhood is also overwhelmed with visions of the captured Thames and tries to help the police reach him before it’s too late.