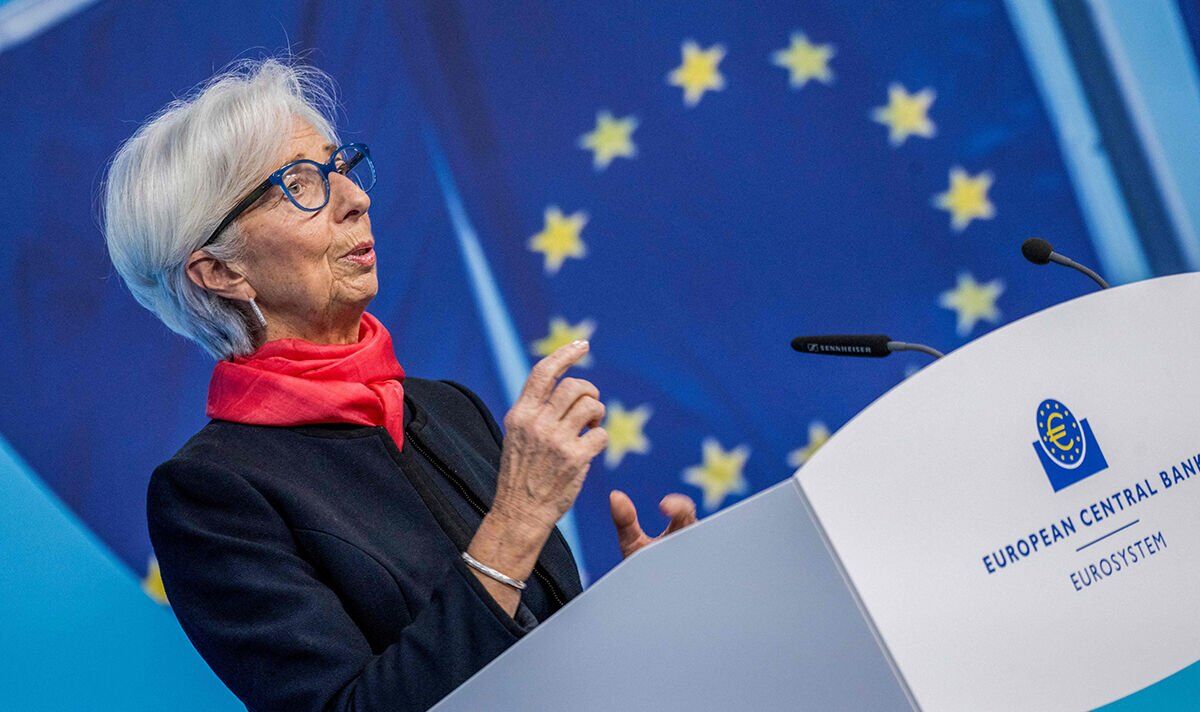 ECB President Christine Lagarde sounded the alarm earlier that the European economic community could return to dark economic days, with the bank warning of “resurgent fragmentation risks” in a statement. Following Wednesday’s emergency meeting, the ECB promised new measures to limit the sell-off in the bond market.

However, he has been criticized for having no concrete plan to help indebted member states, such as Greece and Italy.

These countries must now borrow at a higher premium if they are to emerge from the crisis, as government bonds become a riskier investment.

However, other less indebted eurozone countries are still able to borrow at a lower rate, which is fragmenting the euro.

Speaking to German tabloid Bild, Clemens Fuest, president of the Leibniz Institute for Economic Research at the University of Munich, said: “There is a threat of a return of the euro crisis.

“This will lead to further disputes over the limits of the ECB’s mandate.”

The eurozone crisis began in the late 2000s, when several member states – including Spain, Ireland and Cyprus – became unable to refinance their public debt.

They were kept afloat by bailouts from the ECB and the International Monetary Fund, as well as other EU countries.

Guntram Wolff of the Bruegel think tank said: “Only governments can address the real economic divergence and the incomplete configuration of the eurozone.”

But some governments may not be able to cope with their economic difficulties without assistance.

Italian Prime Minister Mario Draghi, former President of the ECB, said: “I am not a shield against any event. I am a human to whom things happen”.

The ECB has suggested that it wants to use pandemic mechanisms to buy government bonds to control inflation in member states with high national debt.

Economist Jan Schnellenbach noted: “You can see here how deeply the ECB has gotten itself into a conflict between monetary policy and state funding support.

“In fact, he should focus on monetary policy and leave it up to the markets to demand appropriate risk premia on each country’s government bonds.”

He added that “fear of escalation” in countries like Italy was likely behind the ECB’s sudden desire to intervene in the crisis.