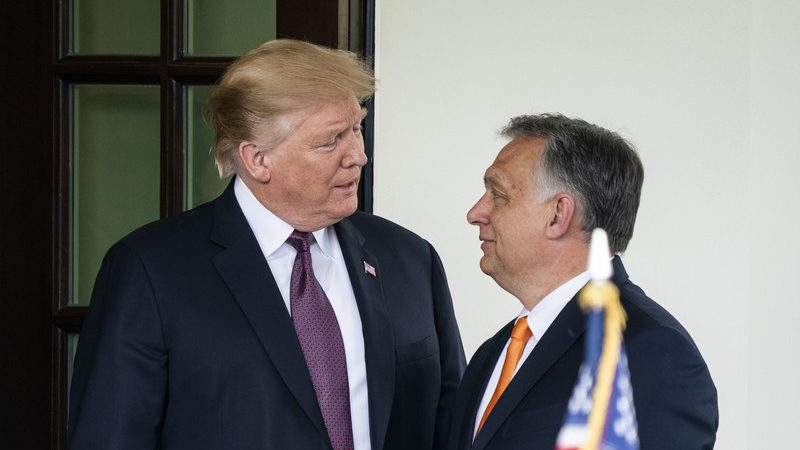 Faced with the economic crisis and a sharp drop in the polls, Orban imports American “racial policy”

If we look at all of Orban’s controversial moves in recent years, it’s clear that he didn’t invent anything new. He keeps building on America’s campaign strategists and the latest Republican talking points, then enacts divisive campaign issues that have already proven successful in the United States: mass migration, the globalist conspiracy of George Soros, the Great Replacement Theory and Gender/LGBT Issues.

By peddling disinformation on these issues, much like in the United States, it has helped push the mainstream right-wing discourse in Hungary to the extreme. It was all intentional too: Another hallmark of Orban’s political strategy since the 1990s has been to unite the political right by courting far-right voters. In the Hungarian post-election situation of 2022, this strategy has probably never proved more expedient for the Prime Minister.

Our Fatherland, a new far-right fascist-leaning party, shocked many when it entered the Hungarian parliament with 6% of the vote in April, and is currently the first choice for many disillusioned former Orban supporters. For the Prime Minister, it makes perfect sense to try to outflank them from the right. Between 2018 and 2022, he managed to convince hundreds of thousands of far-right voters who previously supported the Jobbik party, predecessor of Our Homeland.

The consequences of this strategy are obvious, as it also compels Orban to act and achieve what far-right opposition MPs can only talk about. “Pay attention to one thing: what I’m doing,” Orban said ten years ago, so we should be doing just that.

In 2015, government billboards opposing migration were quickly followed by a barbed wire border fence on the Hungarian-Serbian border and the inhumane treatment of migrants and refugees. In 2017, rhetorical attacks on George Soros quickly turned into law, forcing the Central European University founded by Soros out of Budapest. NGOs supporting Soros have not only been vilified, but a so-called “Stop Soros” law has been passed to criminalize some of their activities. Then, in 2020, after the far-right Our Fatherland party attacked a children’s book with LGBT charactersthe problem was taken up by Orban himself, quickly leading to an anti-LGBT law widely condemned, including by the European Commission.

As Orban’s previous culture war topics have all resulted in official government policy, there is a real danger that something similar will happen in this case as well.

In his speech, for example, Orban has already alluded to the restriction of free movement within the EU, despite Hungary’s obligations as a member of the EU and the passport-free Schengen zone. “Those we don’t want to let in – regardless of Schengen – will have to be stopped at our western borders,” Orban said, adding that he believes this will become the reality in the long run.

But that’s not the only way Orban is implementing his vision of racial purity. In December, Orban and his spokesperson talked about the 2 million Bosnian Muslims as a “challenge” and a “security problem” with regard to the country’s possible accession to the EU. These remarks should be taken seriously, especially since Oliver Varhelyi, the European Commissioner for Enlargement and Neighborhood Policy, is an Orban appointee who always works in close coordination with the Hungarian Prime Minister.

And that is the big difference between the post-Trump American right and Viktor Orban: he actually has the power to turn rhetoric into reality.

Bank of England and CBE team up to tackle climate crisis