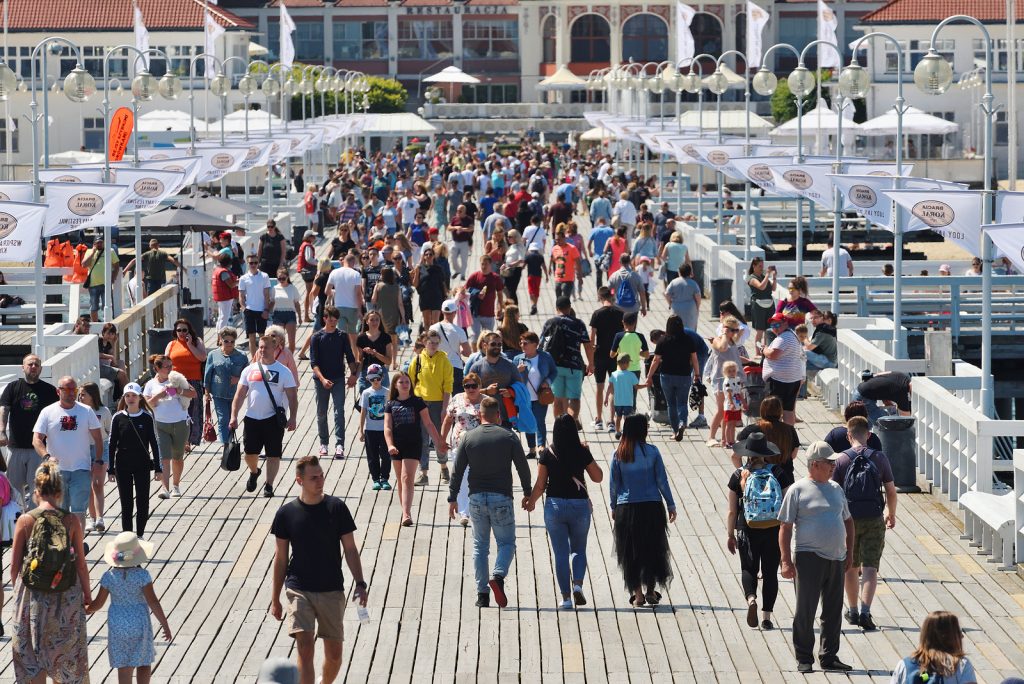 Falling birth rates are not an existential crisis for Central and Eastern Europe, but an opportunity

The demographic decline of Central and Eastern Europe has so far been presented by nationalist governments as an existential problem. But are policymakers looking at the issue from the wrong point of view?

A growing number of countries – including two in central and eastern Europe – are adopting coercive pro-natal policies in an attempt to ensure that women have more children, according to a new report.

The report, produced by UK charity Population Matters, details how right-wing, populist and / or nationalist administrations stigmatize women who choose to have smaller families as unpatriotic and describes how policies aimed at limiting reproductive choices of women are linked to population goals.

“Coercive natalism is not simply a manifestation of patriarchy or misogyny, but can be the product of political and economic forces totally indifferent to women, for whom they simply exist as productive or non-productive wombs,” explains Robin Maynard, Director of Population Matters.

“These regimes instrumentalize women’s bodies to serve nationalist, economic and patriarchal interests. Violating sexual and reproductive health and rights is never justified. It is imperative that we stand up for them all, wherever they are threatened and for whatever reason.

In many countries, leaders fear the impact on their economic and political goals of women’s choice to have fewer children.

As a result, the percentage of countries with pro-birth policies increased from 10% in 1976 to 28% in 2015, according to the most recent UN data.

Not all of these policies abuse reproductive rights, but a growing number do.

The report examines examples of such restrictions in China, Iran, Russia and Turkey, as well as emerging European states of Hungary and Poland.

He identifies how politicians in the United States and Germany are starting to promote the same agenda and the same policies.

It details in particular how natalism is often linked to a restrictive and patriarchal “pro-family” agenda and the promotion of ethnic nationalism, frequently based on religious orthodoxy and hostility to multiculturalism and immigration.

These motivations include adherence at the highest political level to the “Great Replacement” conspiracy theory that Christian and European culture and civilization will be extinguished by immigration from Muslim countries and high birth rates among the poor. immigrants.

Population policy adviser Monica Scigliano, who wrote the report, said: “When people think of coercive population policy, they often think of examples like China and India, where the rulers wanted to limit the population growth by forcing women to have fewer children.

“Now, however, with falling birth rates and, in some cases, emigration reversing demographic trends, that has changed.

“As people continue to choose smaller families, more and more governments around the world are using coercive tactics, denying people their reproductive rights in order to increase their populations.

“In particular, nationalist agendas can lead to a toxic brand of natalism that poses an almost inevitable threat to sexual and reproductive health and rights. ”

In Hungary, Viktor Orbán’s right-wing populist government is now moving towards a total abortion ban. Orbán says: “We want Hungarian children. Migration for us is abandonment ”.

Earlier this year, former US Vice President Mike Pence told a summit in Hungary’s capital Budapest that “falling birth rates” represent “a crisis that strikes at the very heart of civilization,” adding that he hoped the US Supreme Court would overturn the benchmark. Roe v. Wade on abortion.

Meanwhile, in Poland, the populist and natalist ruling Law and Justice party recently increased abortion restrictions, banning abortion due to fetal abnormalities, which were responsible for 98% of all abortions in the country. Its law recently claimed its first victim, a pregnant woman named Izabela who died after being denied emergency surgery because doctors insisted on waiting until they could no longer detect her baby’s heartbeat.

“The Polish natalist movement drove doctors into such a state of fear that they would rather let Izabela suffer septic shock than terminate her pregnancy earlier and save her life. They are terrified of prosecution and stigma, as pro-birth / anti-choice movements would likely eat them alive.

“On the other hand, there is a group of medical professionals who are quite comfortable with the current situation, as it allows them to argue that the medical negligence is due to the ‘freezing effect’ of a heinous law rather than their own incompetence, error or deliberate choice not to provide their patients with necessary medical care – an abortion – because of their personal beliefs.

“In both cases, it’s clear: aggressive and fundamentalist natalism paved the way for human rights violations in Poland.

The economic value of the elderly

The demographic decline of central and eastern Europe has until now been presented as an existential problem. But have we looked at the issue from the wrong point of view?

Even relatively poor countries like Romania and Bulgaria currently demand more renewable resources from their land than they can provide, and weaker populations are reducing this demand, while relieving pressure on biodiversity.

“Romania is one of the most biodiverse countries in Europe, for example, with a large forest cover and wetlands in the Danube Delta – both valuable to the world, not just to Romania”, said Alistair Currie, Head of Campaigns and Communications at Population Matters. Emerging europe.

“As she gets richer, she has the opportunity to manage this land and natural environment in a more sustainable way. Agriculture is the primary driver of habitat loss, and where countries do not scramble to feed their populations through intensive agriculture and monocultures, it can give nature a break.

Fears of labor shortages are often exaggerated due to continued population growth and automation, but Currie suggests that any shortages that arise can be addressed through measures such as increasing participation. to the labor market, sound immigration policies, increased automation and increased retirement age.

“The fiscal challenges presented by aging populations can be addressed through pension reform, increased productivity of older workers, later retirement, investments in preventive health to reduce costs associated with health care and, where appropriate, fair tax increases, ”he said.

“One thing that really came out of our research is the economic value of older people. This means things like the potential increase in the retirement age – small in much of central and eastern Europe. To do this, however, you need healthy populations, which requires investments in preventive health care.

Unlike many news and information platforms, Emerging europe is free to read, and always will be. There is no paywall here. We are independent, we are not affiliated with or represent any political party or business organization. We want the best for emerging Europe, no more and no less. Your support will help us continue to spread awareness of this incredible region.

You can contribute here. Thank you.