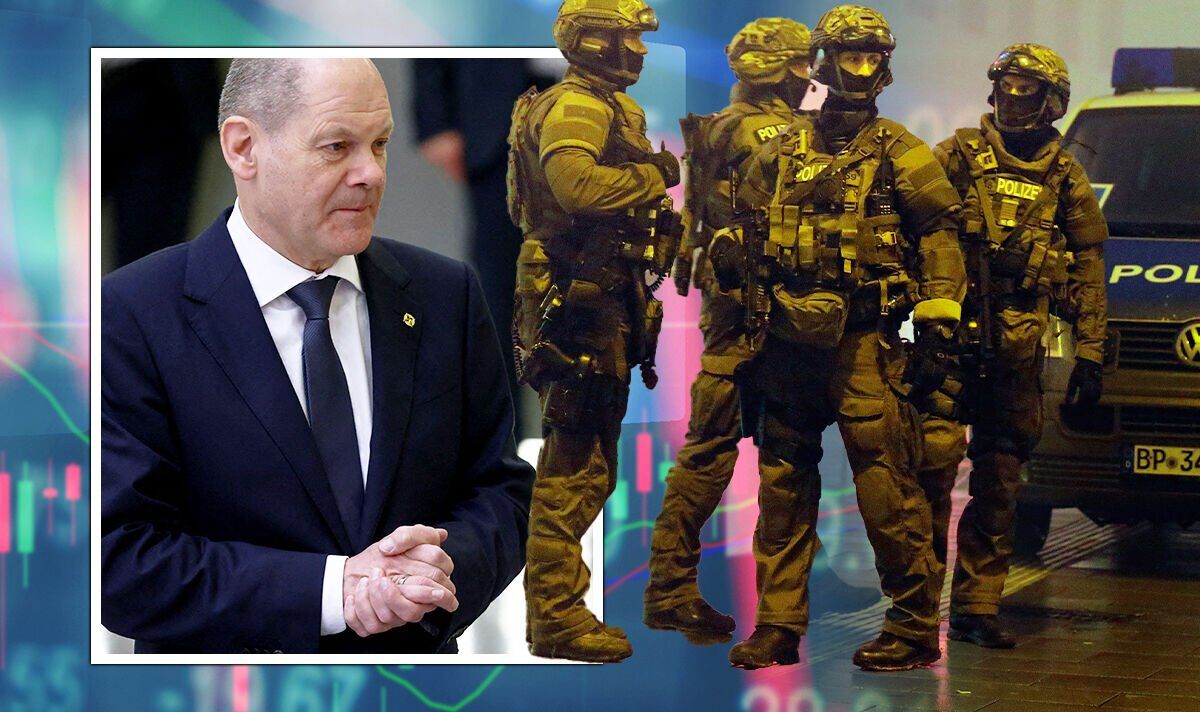 Financial crisis in Germany: the euro zone on life support amid fears of riots | World | New

It comes as the eurozone slides deeper into “crisis”, according to financial expert Alasdair Macleod. The euro faces high leverage and rapidly spiraling inflation. In June, Eurozone inflation hit a record high of 8.6% and energy prices rose at an annual rate of almost 42%, compared to 39% in May.

The price hike comes in the wake of the global pandemic and has been exacerbated by Russia’s war in Ukraine.

Speaking about the problems facing the eurozone, Mr Macleod said: “The euro system and its currency are sinking into crisis.

“Composed of the ECB and the national central banks, the system is in over its head when it comes to balance sheet debt, and it is far from clear how this can be solved.”

He said the issue had thrown Germany’s economy into crisis, warning the country could see “rioting and growing political instability” as a result.

The expert explained: “The euro is slipping.

“Markets can see that all the ECB does is talk and is otherwise frozen in action.

“The economic consequences have been to put the German economy on life support, with its industrial branches starting to shut down, along with the production capacity of many other EU states.

“In the coming months there will be food shortages exacerbated by the lack of fertilizer supply.

He added: “The ECB and the euro system of shareholder national central banks have metaphorically been caught with their collective pants down.

He called on the European Central Bank to raise interest rates to prevent the euro from “collapse”.

Germany found itself in a particularly vulnerable position during the war in Ukraine due to its dependence on Russian oil and gas.

The country depends on Russia for about 1/3 of its total energy consumption.

But there is growing pressure on the EU to impose an embargo on Russian gas and oil in response to its invasion of Ukraine.

The European Commission has so far pledged to cut its consumption of Russian gas by two-thirds by the end of 2022, with the longer-term goal of ending its dependence on the Russian energy by 2030.