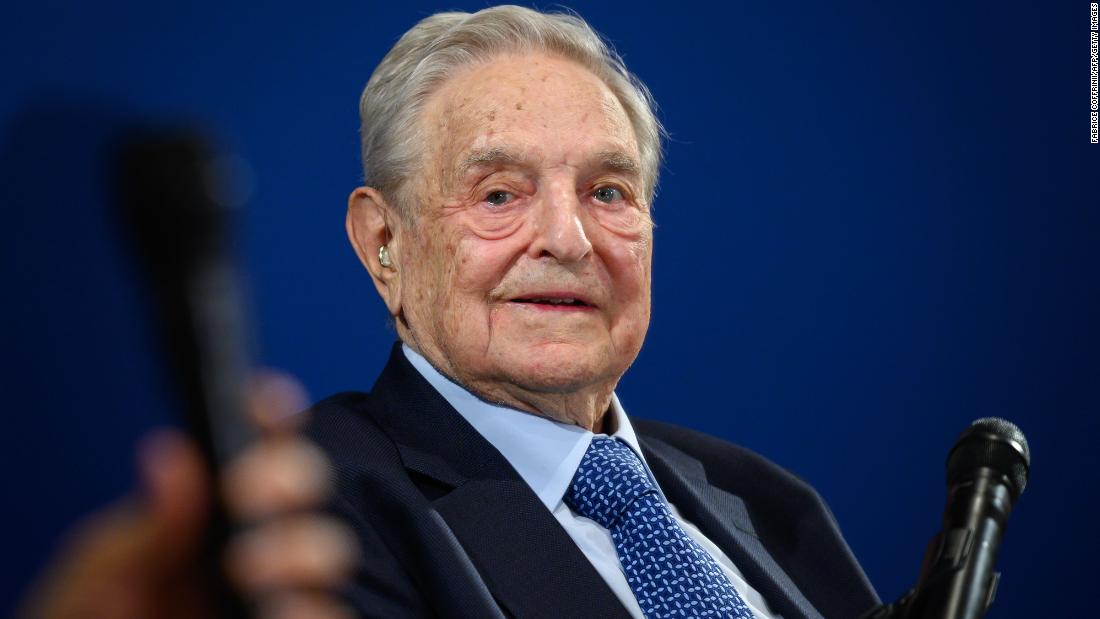 George Soros warns that China is facing an economic crisis

By Audrey R. Bowser Last updated Jan 31, 2022
Share
The billionaire said in a speech at Stanford University’s Hoover Institution on Monday that President Xi Jinping may not be able to restore confidence in the struggling industry, which has been hit by a series of defaults. the share of developers and the fall in land and apartment prices.

China’s property boom was based on an “unsustainable” model that benefited local governments and encouraged people to invest most of their savings in real estate, Soros said.

Government policies designed to curb the boom have made it difficult for indebted real estate giant Evergrande to pay its debts, he added.

The developer is reeling from more than $300 billion in total liabilities, including around $19 billion in offshore bonds held by international asset managers and private banks on behalf of their clients. Evergrande has been scrambling for months to raise funds to repay lenders.

Government officials have been sent to the company to oversee a restructuring, but there is little clarity on what will follow. Evergrande has asked for more time, but some lenders seem unwilling to wait. On Sunday, the company said that receivers had been appointed to land in Hong Kong, which he pledged against a $520 million loan last year.

“It remains to be seen how the authorities will handle the crisis,” Soros said during a panel discussion on developments in China and how the United States should respond. “They may have taken too long to deal with it because people’s confidence has now been shaken.”

Soros has become a prominent critic of Xi and China’s ruling Communist Party in recent years. The legendary investor and chairman of the Open Society Foundations said in September that asset manager BlackRock was making a “tragic mistake” by doing more business in China. He criticized Beijing for its surveillance policies and crackdown on private businesses.

The Chinese president now faces real estate market risks, according to Soros, who was speaking days before the start of the Winter Olympics in Beijing.

Falling prices “will turn many who have invested most of their savings in real estate against Xi Jinping,” Soros said, adding that the current situation “does not look promising.”

“Xi Jinping has many tools to rebuild trust – the question is whether he will use them correctly,” Soros said.

Analysts have long feared that Evergrande’s collapse could trigger greater risks for China’s property market, hurting homeowners and the broader financial system. Real estate and related industries account for up to 30% of the country’s GDP.

China’s economy grew 8.1% last year, far exceeding the government’s own targets. But weaker growth in the final months of 2021 suggests the housing crisis, new Covid outbreaks and Beijing’s tough approach to controlling the virus are taking their toll.

The International Monetary Fund expects economic growth to slow significantly to 4.8% in 2022.

KPMG Hires Someone From Deloitte and Issues a Press Release, Parts IV, V and VI