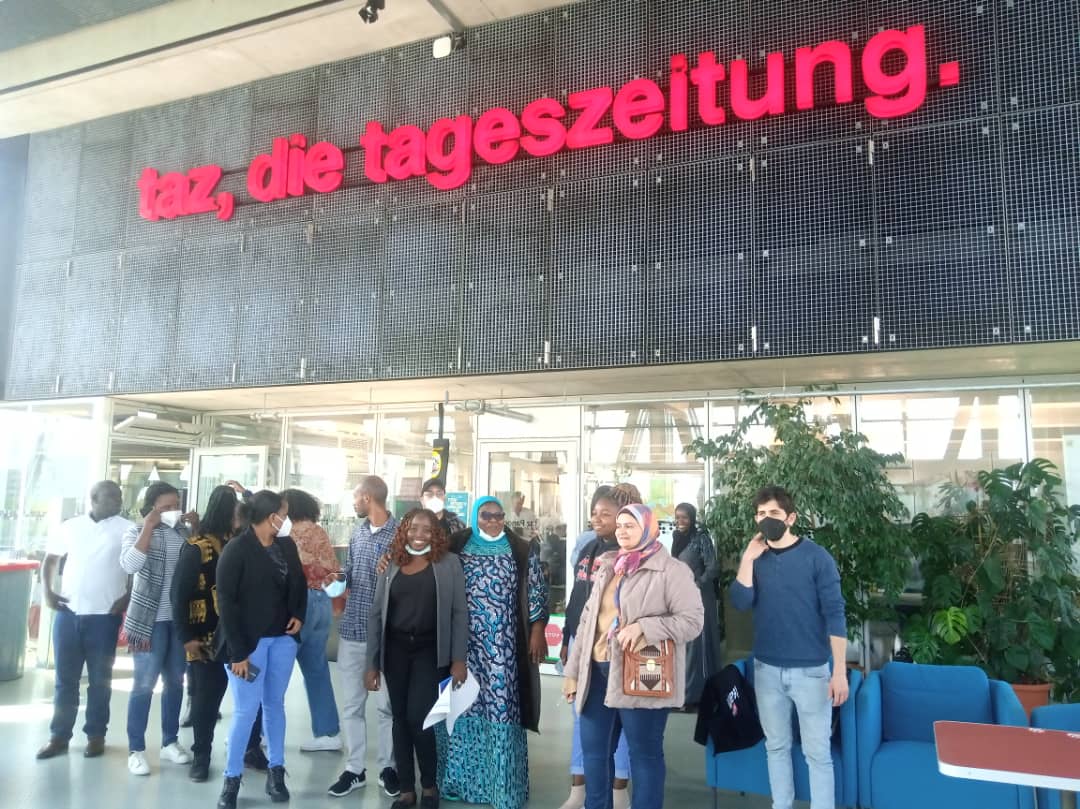 A member of the foundation’s board of directors, Ms. Konny Gellenbeck, said so during a workshop she organized for African journalists with the support of the German Foreign Ministry on Monday in Berlin.

“This year we had two workshops with African journalists from 16 countries and also a workshop with Iraqi women journalists.

“We do this because we believe that independent journalism is the basis of democracy and journalism everywhere is under pressure,” she said.

She said the workshop would also promote networking and collaborations among African journalists, adding that journalists in Germany and Europe could also hear the experiences of their colleagues in Africa.

She said the first edition of the African Journalists Training which started from April 2021 to February 2022, was funded by members of the cooperation to promote press freedom and diversity.

Earlier in his remarks, a member of the board of trustees of the foundation, Mr. Micheal Sontheimer, said that the Taz newspaper was created to influence change in government policy and to ensure transparency and accountability in governance.

He explained that the media was key to influencing change by setting a public agenda for appropriate action by relevant stakeholders.

In her remarks, Taz editor Ms Ukrike Winkelmann said the organization is committed to growing journalism through its digital and physical conferences and workshops.

One of the Ehtiopia participants, Mr. Solomon Kebede, described the workshop as a good platform to network with colleagues from Africa, while sharing their individual experiences.

The Berlin workshop is the final program of the Taz Africa workshop titled “Access: Connecting in Times of Pandemic”.

The first part of the workshop was a series of 12 webinars on topics including: COVID-19 and the Global South; gender; Fake news and disinformation and digital security and migration, among others.