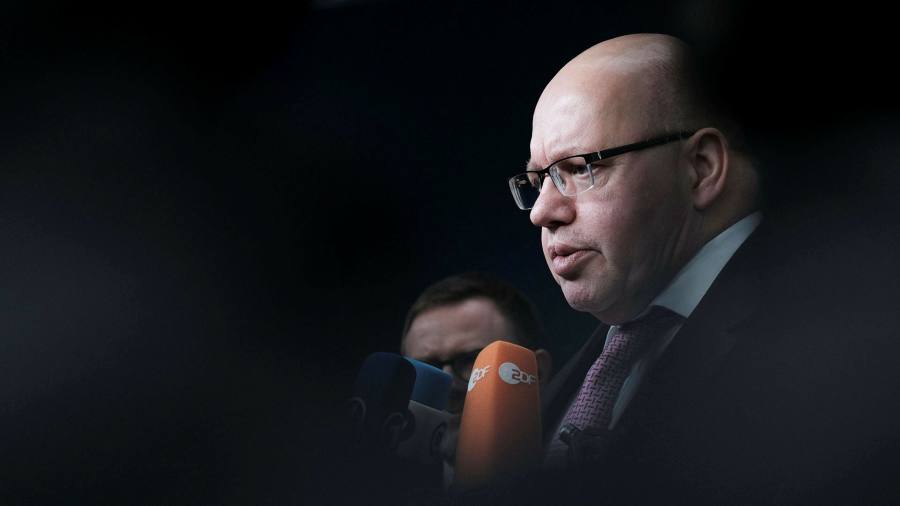 An advisory group to the German government has come under fire after recommending the press be “disciplined” to facilitate start-up IPOs.

An 11-page position paper titled “IPOs of German Start-ups”, which was published for several weeks on the website of the German Federal Ministry for Economic Affairs, called for establishing “rules to avoid biased defamatory articles” on candidates for initial public offerings.

One of the document’s authors, German venture capitalist Christoph Gerlinger, resigned from the advisory group on Tuesday after Economy Minister Peter Altmaier said the document had been removed from the ministry’s website.

Christian Vollmann, group chairman and founder of regional social network Nebenan.de, apologized and said on LinkedIn that the wrong version of the newspaper had been published by mistake. “Our internal control mechanisms have failed,” he said.

In the article, the authors argued that negative coverage of tech start-ups had become widespread among financial journalists in Germany, citing critical reports on the listing of loss-making company Delivery Hero, which went public in 2017.

The authors also suggested that the financial media should also be “forced” to cover small IPOs that would otherwise “fall through the cracks” in mainstream media. Additionally, financial bloggers should be legally required to publish their full identities and should be held accountable for “false allegations and insults”.

The recommendations come as revelations in the Financial Times of the fraud that led to the collapse of German payments start-up Wirecard continue to trickle through German institutions and regulators. Wirecard and German financial watchdog BaFin have filed criminal complaints against FT journalists reporting whistleblower allegations, and the company has sued the FT and one of its investigative journalists, seeking damages and interests. Munich prosecutors only dropped a criminal investigation against two journalists after Wirecard filed for bankruptcy.

The 29 members of the advisory group – including Eckart Diepenhorst, European director of Free Now, a carpooling company owned by Daimler and BMW, Fabian Heilemann, partner at Earlybird Venture Capital, and André Schwämmlein, founder of FlixBus – advise the Ministry of Economics on digital policies and new technologies.

Florian Nöll, a PwC partner listed as a member on the website, said on Twitter that he quit the body ahead of the current controversy.

Lea-Sophie Cramer, a German entrepreneur, and Alex von Frankenberg, director of the German state-backed High-Tech Gründerfonds, were also named among the authors of the article.

“Freedom of the press is a stellar fundamental right, and we are obligated to protect it,” Altmaier said Tuesday. On Twitter, he added that he only learned about the newspaper and its publication on Monday, when the Handelsblatt reported it. The document, dated April 2021, was posted online several weeks ago.

[Editorial] Protect freedom of the press