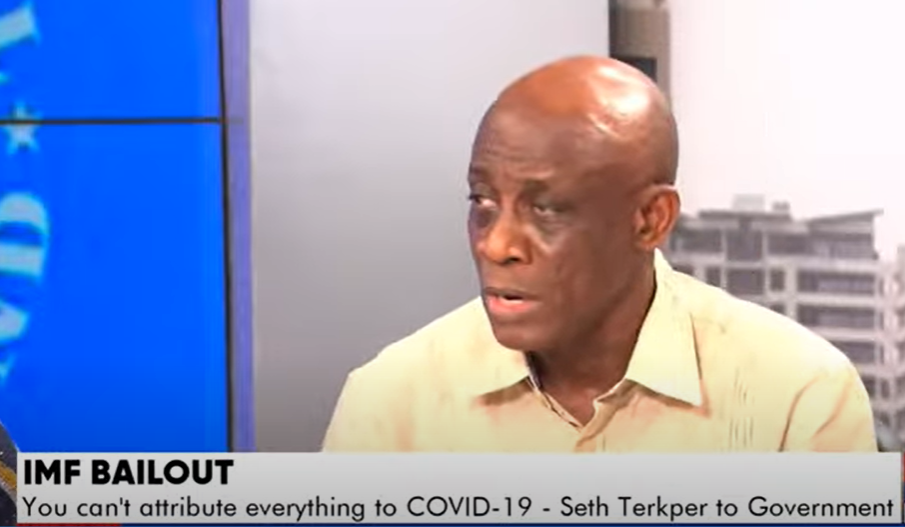 Government blames Covid-19 too much for economic crisis – Seth Terkper

A former finance minister, Seth Terkper, has said the government is giving too much importance to COVID-19 as the cause of the country’s economic difficulties.

According to him, while he recognizes the global impact of the pandemic, there are other serious mistakes that have contributed to the country’s current fiscal difficulties.

Speaking in an interview with Bernice Abu-Baidoo Lansah on the Morning show On Monday, he explained that the former NDC regime had created many robust structures that could have prevented the economy from reaching its current decline.

Former Minister under the former administration John Mahama however indicated that these structures and buffers have been destroyed by the current regime; leading to the country’s proposed return to the IMF.

“You can’t attribute everything to COVID. Ghana had oil. Ghana used its oil. We have been blessed. Regardless of the oil used [for], they should explain themselves and not put the blame on President Mahama. I’m here to defend this record cause it’s here and I told you so [about] the tampons and the things in our plan… Yes I’m not I deny it. COVID is severe. And it’s worse than the global financial crisis. I admit it,” he said.

In his remarks, the former finance minister further hinted that the lack of fiscal discipline on the path of the current administration of Akufo-Addo also explains the country’s decision to seek assistance from the International Monetary Fund ( IMF).

In a statement on Friday, July 1, Information Minister Kojo Oppong Nkrumah revealed that President Akufo-Addo had instructed Finance Minister Ken Ofori-Atta to engage the IMF to support a program on the economy of Ghana.

The news of this development triggered many public reactions, with some citizens decrying this decision.

To vent their anger, hundreds of aggrieved Ghanaians took to the International Monetary Fund (IMF) Facebook page to campaign against any fiscal support to the country.

In a series of comments followed by myjoyonline.comaggrieved nationals have made suggestions that President Akufo-Addo and his team have mismanaged the country’s resources, and therefore do not deserve any help.

“Have you been approached by Ken Ofori Atta? The finance minister of Omofia (Ghana). He will come and do his mobomobo face but odeishe don’t mind. When he comes tell him to go for MTN Quick wai loan,” wrote one of the aggrieved people.

Meanwhile, a team from the International Monetary Fund (IMF) is expected to arrive in Ghana on Wednesday July 6 to begin negotiations with the government over the economic support it is seeking.

IMF officials – including senior Fund officials and local staff – will meet with the finance ministry, economic management team and presidency during their stay, according to reports.

Among other reasons, their visit to the country would largely involve deliberations on the modalities of a package to support Ghana’s struggling economy.

It is expected that the details of the rescue program and its conditionalities will be made public after several commitments.