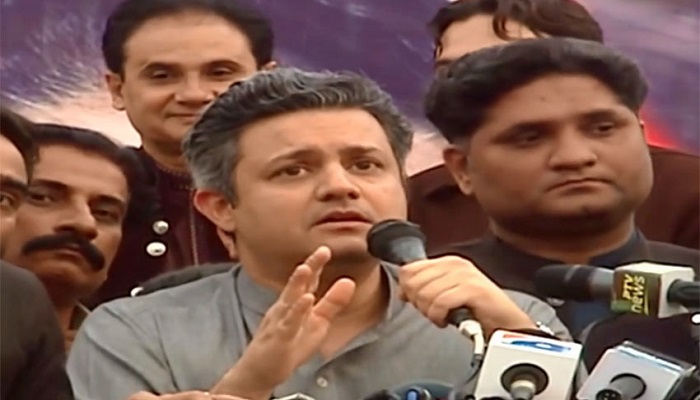 Federal Energy Minister Hammad Azhar expressed the government’s willingness to pull the country out of the current challenges by pursuing effective economic policies.

Addressing a public rally in Lahore on Sunday, Hammad Azhar said Prime Minister Imran Khan had taken the decision to subsidize petrol and electricity in the public interest.

He said Pakistan pursues an independent foreign policy and wishes to forge friendly relations with all its neighboring countries.

Prime Minister Imran Khan has announced that Pakistan will not join any side in the Russian-Ukrainian crisis.

He said this while addressing a public rally in Mailsi on Sunday.

He said that Pakistan was not a slave to any country and would not follow and accept anyone’s dictation. Around 400 drone attacks have been recorded from 2008 to 2018. Never in history has a country fighting for another’s war been targeted.

Prime Minister Imran asked European Union (EU) ambassadors to Pakistan if they had written India the same letter they had sent to Pakistan.

He said it was Pakistan that supported NATO in the war on terror. The leaders of the time supported these countries.

He further asked the EU if it thanked Pakistan for supporting its war on terror when it was suffering greatly. The economy of Pakistan suffered a loss of 100 billion dollars, 80,000 Pakistani soldiers and civilians were martyred and 3.5 million people in the tribal areas were dislocated due to this so-called terror against war.

The Prime Minister said that instead of acknowledging these huge sacrifices, some countries in Europe blamed Pakistan for their failures in Afghanistan.

“In Kashmir, India brazenly violated UNSC resolutions. That they criticized or severed ties with India or stopped trade? the prime minister asked a question.