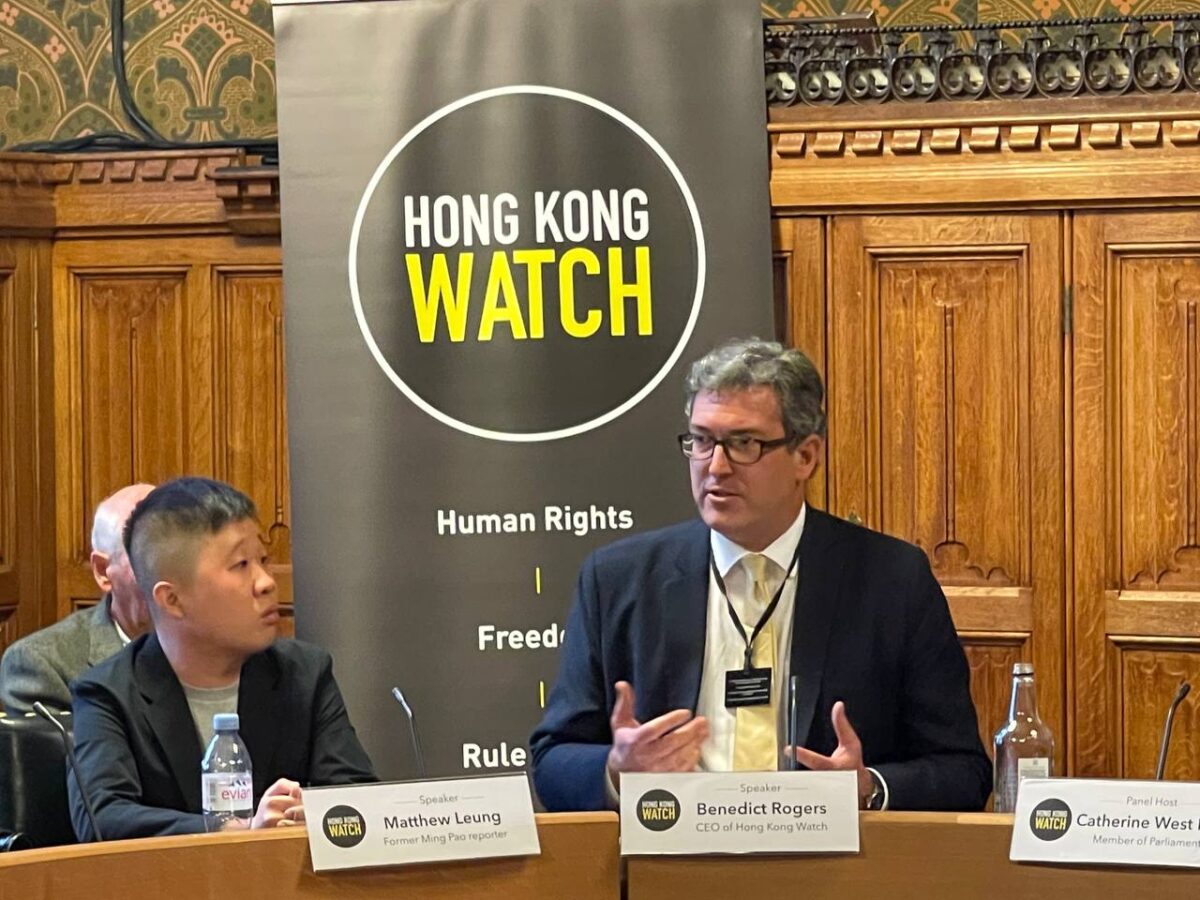 Since the Chinese regime imposed the National Security Law in Hong Kong on July 1, 2020, almost all independent and pro-democracy media outlets have been forced to shut down, and many journalists and media executives have been imprisoned and are awaiting release. court case.

The freedoms of the once thriving international media center have been almost completely dismantled by the Chinese Communist Party (CCP), leaving very few organizations and individuals willing to speak out.

A recent report (pdf) by Hong Kong Watch (HKW), a UK-based human rights organization, details the various ways in which repression of the press has developed in the former British colony in hopes of bringing the events to public attention.

The report titled “In the Crosshairs: Hong Kong’s Crackdown on Media Freedom” is based on interviews with more than 10 exiled journalists and reports from leading media associations in Hong Kong.

From June 2019 to early 2020, millions of people took to the streets of Hong Kong to protest Beijing’s introduction of a bill allowing the extradition of criminal suspects from the city to mainland China.

According to the report, of the 222 journalists who responded to a survey by the Hong Kong Journalists Association (HKJA) on “violence against journalists when covering public order events”, only 28 said that they had not been brutalized by the police.

“I was in Lockhart Road in Causeway Bay on one occasion with two other photographers, and we saw the police hitting a guy and pushing him into a van. I took pictures of the guy being hit, and the riot police turned around and sprayed me with gel that covered every part of my body. My camera was dripping with this gel. And then it started to burn. My whole body was burning,” he said. he told HKW.

“The hatred the police showed against the media was shocking,” the reporter added while describing another incident where he was deliberately targeted by Hong Kong police with tear gas canisters.

In another interview, a Ming Pao reporter at the time, Matthew Leung, told HKW that he had been pepper shot at least four times and was arrested once while covering protests in First line.

The review found there were “gaps” in RTHK’s management structure and subsequently announced that the broadcast director needed to be replaced.

This director, an experienced journalist named Leung Ka-wing, was replaced by Patrick Li, a civil servant who had previously served in various government departments.

“The atmosphere changed overnight. Patrick Li issued directives by courier. We would simply be told that “the director decided that”, without any consultation. We were told each proposed theme, story, [and] a program had to be approved by management. There were so many red lines, but they were never made clear,” Vines told HKW.

In another interview with HKW, Chris Wong, a former news anchor at TVB, a Hong Kong-based television company, illustrated his personal account of some of the most extreme forms of broadcaster censorship.

In November 2019, pro-democracy district councilor Andrew Chiu was attacked in the Quarry Bay area of ​​Hong Kong, and during the scuffle his ear was bitten off. Although the photographs and images clearly show the incident, Wong was asked to report it differently by the broadcaster.

“The script the editor provided says that Mr. Chiu’s ear fell naturally, somehow. Nobody did anything, it wasn’t a bite, and the ear just fell to the ground. The editors didn’t want to cover the violence of pro-Beijing ‘blue’ supporters,” Wong told HKW.

He also pointed out that in covering the protests, TVB largely focused on the violence of some protesters but “never covered protesters’ press conferences.” During this time, it broadcast all police and government press conferences in full.

“Protesters wearing black shirts could only be identified as ‘black shirts’, not protesters. We were told ‘don’t tell the protesters’,” Wong added.

Benedict Rogers, co-founder and managing director of HKW and author of the report, said the CCP has destroyed almost all media freedom in Hong Kong, a city that was once the beacon of press freedom in Asia. He called on the international community to take action and demand that the CCP and the Hong Kong government respect the freedom of the press guaranteed by the Basic Law.

Meanwhile, Rogers urges the international community, including all relevant United Nations (UN) bodies, to speak out “to protect Hong Kong journalists who continue to try [to do their job] and demand the release of [the journalists] in prison or face prosecution”.

Rogers also suggested that the international community should consider actions, such as sanctioning senior Hong Kong officials who own property in the UK or have a role in suppressing Hong Kong’s freedom.

“The international community must not allow those responsible for these violations to walk away with impunity and without consequence,” Rogers said.