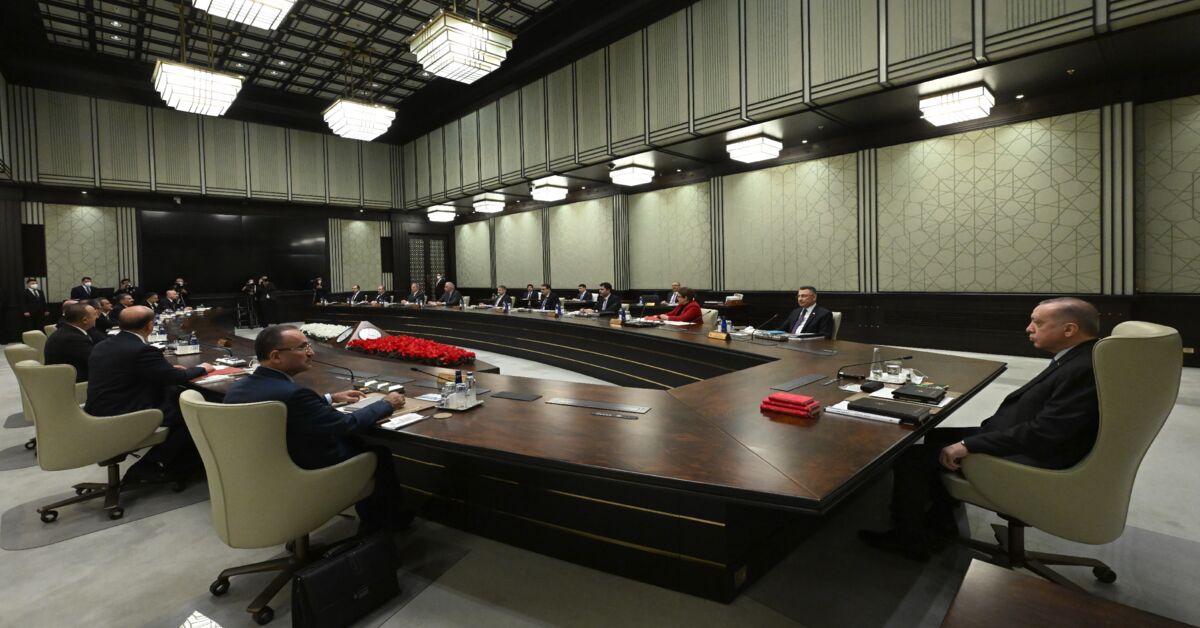 How the Ukraine crisis is undermining Turkey’s economic program

The viability of the Turkish government’s “new economic model” – a controversial policy of fighting inflation without the central bank raising rates – was already in doubt before Russia’s incursion into Ukraine. But it is clearly at an impasse now as the fallout from the war jeopardizes Ankara’s plans to close its current account deficit by fostering export-led growth and stabilizing its battered currency by preserving lira deposits.

With annual consumer inflation already above 54%, Turkey stands to suffer some of the hardest blows of the conflict, as Russia and Ukraine are among its main economic partners, with crucial links in tourism, agricultural trade, energy and even the defense industry.

The impact is already tangible on several fronts. Chief among them is Turkey’s tourism industry, a vital source of hard-currency revenue, which had hoped to rebound this year to pre-pandemic levels. Bookings from Russia and Ukraine have stopped, and those from European countries have fallen sharply.

The Russians were the most important group foreign visitors to Turkey in 2021, some 4.7 million, or 19% of all tourists. Ukrainians rank third after Germans, numbering around 2 million or 8%. Turkey hoped $35 billion in tourism revenue this year, an increase of $24.5 billion in 2021 and equal with its income in 2019 before the COVID-19 pandemic hit.

Some tourism industry representatives are clinging to hopes that the Ukraine crisis could be resolved soon and that some of the canceled advance bookings could be renewed before the start of the high season. Although Turkey is not part of the avalanche of Western sanctions targeting Russia, disruptions to international air traffic and payment systems are weighing heavily on tour operators.

A tourism investment consultant in Antalya, Turkey’s main tourist hub on the Mediterranean coast, speaking on condition of anonymity, said sector planning for this year, based on the $35 billion target income, “had turned upside down” with the war. “The number of Ukrainian tourists reached nearly 2 million in Antalya alone. Antalya and the Aegean region will be hit hard,” he told Al-Monitor. “Nevertheless, we must not panic, and [we should] keep calm until May.

A tourism association executive speaking on condition of anonymity said: “The tourism sector is waiting with trepidation. He expected to surpass his 2019 performance and set a new record in 2022. Provided the Russian-Ukrainian crisis is resolved quickly, we have a chance to overcome it without major damage.

The money transfer problem could be solved by redirecting payments to Russian banks that are not subject to the SWIFT ban, experts say. And energy payments should go smoothly, given Exclusion of Gazprombank Sanctions.

Haluk Burumcekci, a prominent economist, warned of “significant losses” if the war drags on. “Russians and Ukrainians make up about 30% of tourists by number, but their share in tourism receipts is 15%. There might be risks, but the current account balance is the real issue here,” he told Al-Monitor.

Indeed, Ankara ambitious goal A current account surplus, which officials have described as the key to price stability, looks increasingly out of reach amid rising global energy prices fueled by the Ukraine crisis. The Turkish economy is heavily dependent on imported energy and inputs, the cost of which had already skyrocketed due to the sharp depreciation of the lira last year.

The country’s foreign trade deficit – the largest branch of the balance of payments – rose 186.3% year-on-year to some $18.4 billion in the first two months of the year, mainly due to soaring energy costs.

Energy imports cost $8 billion in February out of total imports of $28.1 billion, and the foreign trade deficit stood at $8.1 billion, a 142% increase from at the same time last year.

Oil prices jumped more than 20% to over $115 a barrel last week, a level not seen in many years. And every $10 rise in oil prices adds $5 billion to Turkey’s current account deficit, economists calculate.

“Our monthly energy import bill jumped sharply to some $8 billion and is expected to climb to $10 billion in March,” Burumcekci said, recalling that monthly bills stood at $2-3 billion. last year. “This is a harbinger of the magnitude of the current account deficit. Current account deficit forecasts at year-end have already been raised to over $30 billion,” he added. .

JP Morgan recently doubled its forecast for Turkey’s current account deficit for 2022 to 2.2% of gross domestic product (GDP), while Goldman Sachs revised its forecasts at 2.5% against 1.5% of GDP.

Disruptions to Russia’s overseas supply chains and payments as well as difficulties affecting Turkish exports pose other economic challenges for Turkey. The war blocked the transport of goods to Ukraine and disabled land routes to Russia via Ukraine. Searching for alternative routes, Turkish trucks reportedly queues formed up to 20 kilometers (12 miles) to the Georgian-Russian border last week as freight prices jumped by around 50%.

Istanbul’s textile and leather centers are also bearing the brunt of the war, which is heavily dependent on Russian and Ukrainian buyers. According to business representatives in Laleli district, the heart of the garment industry and suitcase trade, orders of more than $200 million were canceled within days. The Russian and Ukrainian markets account for 40% of Laleli’s $3 billion annual sales. A prolonged war threatens billions of dollars in losses for industrialists in the sector.

With Russia and Ukraine being the two main wheat exporters, the war has pushed world wheat prices to record highs, threatening to worsen food inflation globally.

A fear of a shortage of sunflower oil has already surprised Turkey. The country is the world’s largest importer of sunflower seeds, and Russia and Ukraine supply 70% of its sunflower oil imports. At least 15 ships carrying crude sunflower oil to Turkey are believed to be stuck in the Sea of ​​Azov, barred from exit by the Russians. In one letter to government authorities earlier this month, the head of Turkey’s Vegetable Oil Industrialists Association called for measures to secure the passage of ships, warning that existing stocks would best meet the country’s needs by mid -April and crude sunflower oil prices had jumped to over $2,000 per ton from $1,400 before the war.