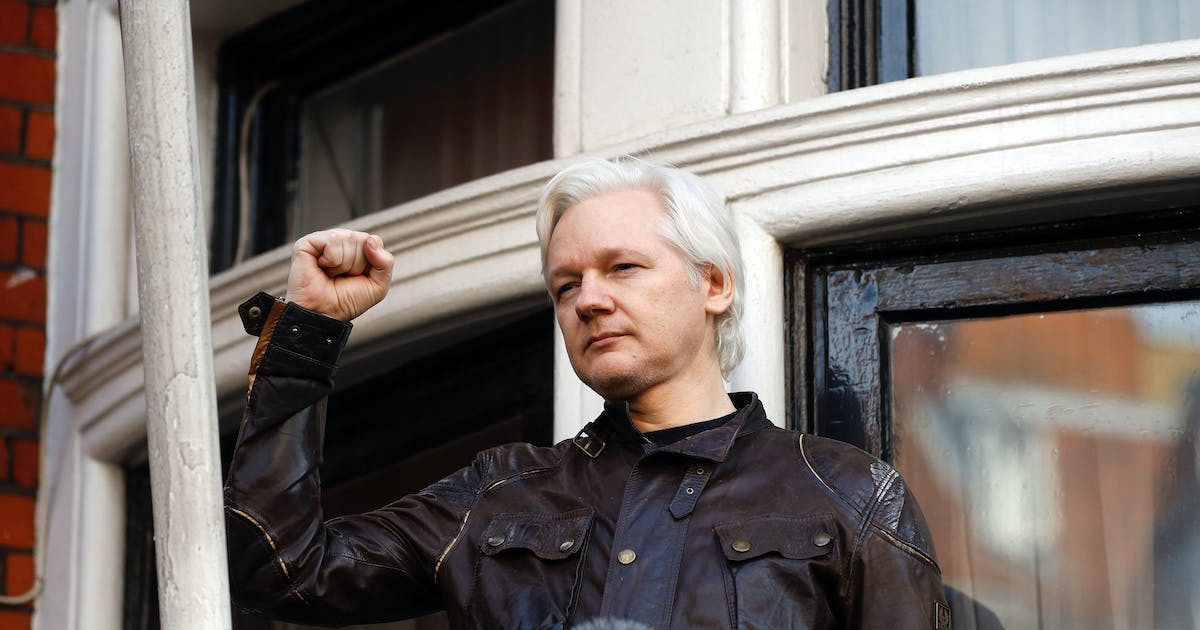 If the free world valued freedom of the press, it would finally free Assange

As comedian Dave Chappelle put it with a nervous laugh in his 2019 Mark Twain Award acceptance speech, “The First Amendment is first for a reason.”

Free expression is the alternative to violent coercion, a path to consensus and justice.

So congratulations to Nobel Peace Prize laureates Dmitry Muratov and Maria Ressa – and to journalists around the world who indirectly share their prize, as well as the risks of a profession forever under siege (“Freedom of speech is a” condition prerequisite for democracy and lasting peace “,” Opinion Échange, October 9).

Freedom of expression is fundamental. Whatever policy goals are most important to you, your advocacy depends on your ability to access and share truthful information. In America, it’s all about the First Amendment.

The groundwork was laid in 1735 when New York publisher John Peter Zenger was jailed for printing truthful but critical information. His lawyer Andrew Hamilton won his freedom with a historic speech:

“… It is a right [that all] have the right to complain when they are injured. They have the right to publicly protest against abuse of power … to warn their neighbors against art or open violence by men in positions of authority. “

The antagonism between journalism and authority has remained unchanged through the centuries. An editor quoted May Sarton on recently accepting the Sydney Peace Medal: “‘You have to think like a hero, in order to act like a decent human being.'”

This editor was of course Julian Assange, co-founder of WikiLeaks. Assange was arbitrarily detained on behalf of the United States in early December 2010 after publishing truthful but critical information about war crimes and other wrongdoing in Afghanistan and Iraq.

For the past decade, Assange has been isolated, tortured, deprived of due process, denied medical treatment, his lawyers have been spied on, his young children have been targeted, locked up in Britain’s notorious Belmarsh , exhibited in a glass box during the trials and was widely smeared by someone who “hid in the Ecuadorian embassy to avoid Swedish sexual accusations”.

About the latter, where to start? Assange was granted political asylum from American persecution. Ecuador does not grant asylum for sex crimes (any country?). There was no “Swedish accusation” – instead there was a preliminary investigation that was manipulated to immobilize Assange.

Behind the scenes, it’s getting worse and worse.

At the end of last month, Yahoo! News published a 7,500-word investigative report revealing plans to the CIA and “highest levels” of the Trump administration in 2017 to kidnap or kill Assange while in the US Embassy. Ecuador to London.

Former director Mike Pompeo apparently confirmed the report in a subsequent interview, saying the 30 sources should all be prosecuted for talking about classified CIA activity.

Assange’s indictment does not allege that anyone was harmed by his posting of classified material. Assange is charged with 17 counts under the Espionage Act – charges that would essentially criminalize investigative journalism. The charges are laid under an archaic law that does not allow any “public interest” defense. Assange faces a potential 170-year sentence.

The lawsuits against a publisher under the Espionage Act are unprecedented and have led to widespread setbacks. Prosecutors then focused on an 18th charge – hacking conspiracy. A key witness here is a convicted Icelandic fraudster who admitted in June to fabricating key charges following a promise of immunity. On September 24, this witness was jailed in Iceland amid an ongoing wave of crimes (according to Icelandic bi-weekly Stundin).

The case against Assange appears to be in ruins. Earlier, the Swedish investigation was closed days after a UN report showed the Swedish government had bought prosecutors, manipulated evidence, ignored exculpatory evidence, refused to question Assange and refused to guarantee non-return.

Other reports have shown repeated abuse of process in Sweden and the UK linked to Assange’s imprisonment. And the embassy spy revelations now look ominously like a fledgling field operation linked to the CIA’s kidnapping / kill planning.

Where does it end? As Reporters Without Borders, the ACLU and other major press freedom groups have said, the CIA report underscores the serious threat to press freedom posed by the Assange case.

Assange’s indictment was issued during the Trump administration and has some of its worst characteristics: bureaucratic volatility, vicious settling of scores, and blind willingness to break standards. And the longer this continues, the more the damage and blame falls on Trump’s successor.