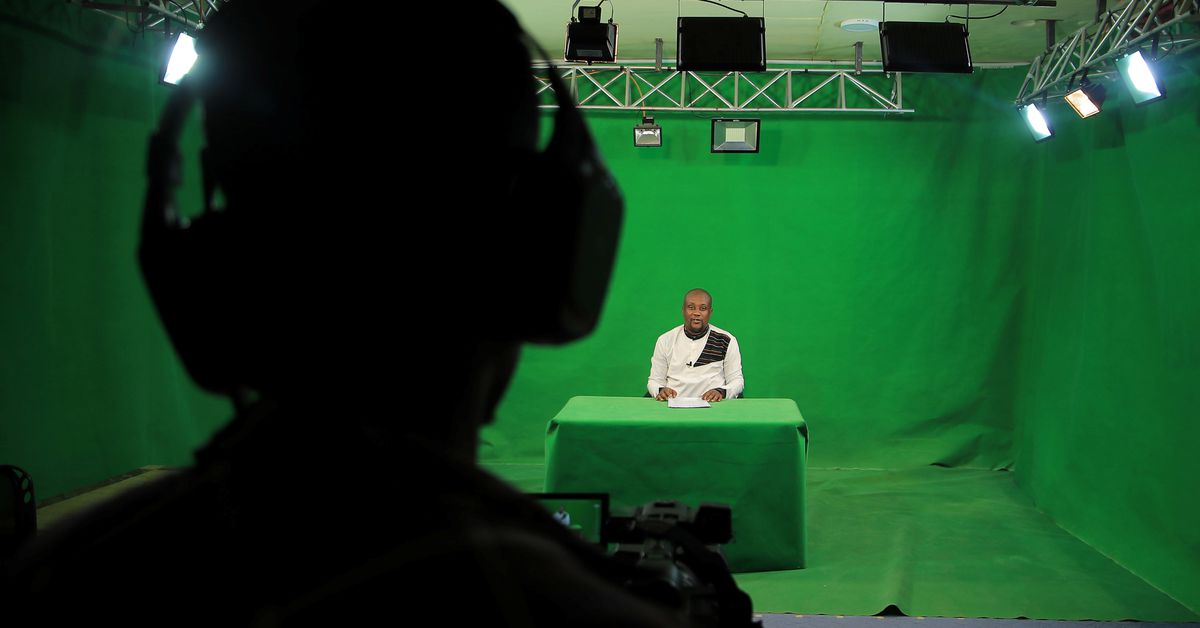 In Abiy Ethiopia, press freedom flourished and then fear returned

NAIROBI, May 28 (Reuters) – When Ethiopian Prime Minister Abiy Ahmed took office in 2018 and freed dozens of media jailed as part of a series of political reforms, journalist Dessu Dulla rushed at home from the Netherlands.

The 45-year-old, now deputy editor of a local online media outlet, said he fled crackdown in 2004. He first savored new freedoms under Abiy, who won worldwide applause , most notably the 2019 Nobel Peace Prize winner who highlighted his work on “ending media censorship.”

Three years later, Dessu and four other Ethiopian journalists interviewed by Reuters said they feared again that there was a knock on the door. At least 21 journalists and media workers have been arrested since early 2020, according to some international media observers.

Dessu was arrested last year while reporting on the arrest of a political activist in his troubled home region of Oromiya. He and two of his colleagues were never charged but were detained for three months.

“I thought it would be another time and that democracy and freedom of expression could be restored, but in reality things are deteriorating, so many journalists have fled the country and some are in prison,” he said. told Reuters by phone from Addis Ababa.

Billene Seyoum, spokesperson for the prime minister, said conditions for journalists had improved.

“The media and journalism environment since Prime Minister Abiy Ahmed took office is rather favorable,” she said, noting that 44 new broadcasters had obtained licenses and that a new media law had been adopted this year.

As in all countries, journalists must obey the law, said Billene, adding that “there is no such thing as a perfect environment; however, it cannot be said that a fledgling democracy like Ethiopia is regressing ”.

Asked about individual cases, including Dessu’s, she addressed questions to the attorney general, federal police and the Ethiopian Media Authority (EMA), which accredits journalists.

The spokesman for the attorney general and the federal police did not respond to requests for comment. The EMA said that “freedom of expression and protection of the press are sacred values ​​enshrined in Ethiopia’s constitution.”

EMA chief Mohammed Edris provided Reuters with an English translation of the new media law, approved by parliament in February and enacted in April.

The law states that the regulator, the EMA, must be independent and specifies the grounds on which the authority will revoke broadcasting service licenses. He also says journalists will not be required to reveal a source who has provided information on a confidential basis.

At least six journalists were arrested in November, when fighting broke out between Abiy troops and rebel leaders in northern Tigray, international press freedom groups CPJ and Reporters Without Borders said ( RSF).

They included Medihane Ekubamichael of Addis Standard, an independent news site in English, and three journalists from the Ethiopian state-owned news agency. One of the four declined to comment and the other three did not respond to requests for comment.

Police accused Medihane in court of attempting to “dismantle the constitution with violence,” his website reported. He was released without charge over a month later.

The other three were accused of conspiring with groups fighting against the government and of dismantling the constitution; they were detained between five and eight weeks before being released.

In December, Reuters cameraman Kumerra Gemechu was detained for 12 days without explanation. He was released without charge. Read more

None of the journalists arrested since last year have been charged. All but one were released after days or months in prison. Read more

In early March, the EMA revoked the credentials of an Irish citizen who had reported rapes and violations of Tigray’s rights to the New York Times. Read more

The newspaper announced the revocation of the powers of Simon Marks in May and urged the government to rethink what it called an “authoritarian approach”. A week later, the government kicked out Marks, who also worked for other publications, claiming he had issued “lopsided reports.”

Marks told Reuters he had received no credible reason for the revocation of his credentials and no explanation for his prompt deportation.

“It is alarming that the Ethiopian government has treated journalist Simon Marks like a criminal, expelling him from the country without even letting him return home to get a change of clothes or his passport,” said Michael Slackman, deputy editor. International at the time.

“With the credibility of an upcoming national election at stake, we call on Ethiopian leaders to reverse their efforts to muzzle an independent press. “

Two journalists have been shot dead this year.

This month, journalist Sisay Fida of the public Oromia Broadcasting Network in the Oromiya region was shot dead in the state’s Kellem Wollega area, the area’s security chief told Reuters.

For months after the conflict began, the government restricted access to the Tigray region, but this started to ease in March.

The government says the only crackdown was directed against criminals threatening peace and unity, and accuses some journalists of colluding with the insurgents, without providing details.

“We expect professional reporting that lives up to ethical journalistic standards,” EMA said, noting that 129 foreign correspondents had obtained a license and that 82 foreign journalists had gained access to Tigray.

After coming to power, Abiy initially freed dozens of journalists from prison, lifted bans on more than 250 outlets and repealed some widely criticized media laws, according to the International Press Institute, a global network of editors in leader, media executives and journalists.

But the old laws have not been replaced with a clear regulatory framework for media practice, which has led to a legal vacuum around issues such as how new media companies are allowed to operate, revealed a 2020 study commissioned by the Fojo Media Institute at the Swedish University of Linnaeus and International Media Support, a Danish non-profit media advocacy group.

The groups, who both helped draft Ethiopia’s new media law, added that the new law was a promising step as it was largely based on the continent’s “strongest” legislation, such as that of Kenya and Kenya. South Africa.

However, ahead of the passage of separate hate speech and disinformation legislation in early 2020, the United Nations special rapporteur on freedom of expression warned that the hate speech law could escalate tensions. ethnicities and possibly fueling new violence.

The rapporteur said the law could be used to silence critics of the government and could lead to arbitrary arrests, as it gives officials at the federal and regional levels wide latitude in determining who to prosecute.

However, most parliamentarians supported the bill.

“Ethiopia has become a victim of disinformation,” said Abebe Godebo, who voted for the law, when it was passed. “The country is a land of diversity, and this bill will help balance those diversities.”

Ethiopia was one of the most repressive states in the world for the media before Abiy was elected in 2018, according to some media observers.

Governments led by Abiy’s predecessors Hailemariam Desalegn and Meles Zenawi have detained tens of thousands of people – including journalists and bloggers – often under anti-terrorism laws.

At least 60 journalists fled abroad between 2010 and 2018, according to New York-based Human Rights Watch.

The head of the Ethiopian state-appointed human rights commission, Daniel Bekele, himself a former political prisoner, has spoken out on behalf of the journalists, but also said the media reflects – and sometimes aggravates – the divisions.

“It is not unusual for the media to have an ideological bias, but in our difficult context we need more accountable media for accurate facts, fair analysis and (and to) promote social justice and peaceful coexistence “he told Reuters.

Dessu’s Oromia News Network (ONN) broadcasts through 10 journalists, all but one of the Oromo ethnic group.

He posts frequently on social media in his native Afaan Oromo language, and his posts sometimes appear to support the Oromo Liberation Front (OLF), an opposition party that spent years in exile but was allowed to return after the Abiy takes office.

The separatists lead an armed insurgency in Oromiya.

In March last year, Dessu, another journalist and their driver were arrested after reporting on the detention of an Oromo political activist, Dessu said.

Oromiya Police Commissioner Ararsa Merdassa did not respond to a request for comment on Dessu’s case.

Dessu and his two colleagues were held almost three months without charge despite court orders to release them, said Dessu and New York-based CPJ, which reviewed the detentions. Reuters has not reviewed these orders.

Now he avoids working outside his studio in Addis Ababa for fear of being arrested again, and he said some journalists he knew were either self-censoring or seeking exile again.