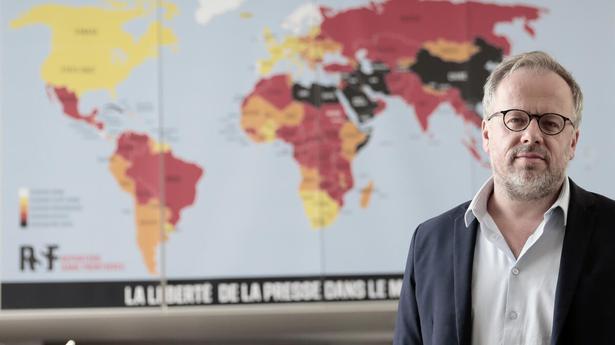 It’s one of the most dangerous countries for journalists trying to do their job properly: RSF

The 2021 World Press Freedom Index produced by Reporters Without Borders (RSF), a French NGO, once again ranks India 142nd out of 180 countries. This despite the fact that for a year, under the direction of the Cabinet Secretary, an Index Tracking Cell worked to improve global rankings, including a meeting between the Ambassador to France and the heads of RSF to press for a change in the ranking in the index established by them.

In 2016, India’s ranking was 133, but it has steadily fallen to 142 in 2020. RSF’s report says India is one of the most dangerous countries in the world for journalists trying to make their work properly. They are exposed to all kinds of attacks, including police violence against journalists, ambushes by political activists and reprisals from criminal groups or corrupt local officials.

Fearing such an unfavorable assessment, in February last year, at the direction of Cabinet Secretary Rajiv Gauba, the Indices Monitoring Cell was set up in 18 ministries to find ways to improve the position on 32 international indices. The Ministry of Information and Broadcasting was commissioned to review the press freedom index.

According to the report of this index monitoring unit, accessible by The Hindu, on April 26, the Deputy Director General of the GDP first wrote to RSF President Pierre Haski to ask him for the survey criteria on the basis of which they are compiling the index, for a better understanding of the ranking. This was followed by a meeting between the ambassador to France Javed Ashraf, the general secretary of RSF Christophe Deloire and the head of the Asia-Pacific office Daniel Bastard.

The minutes of this September meeting form part of the Cell’s report. Mr Ashraf said the government’s openness to being criticized and questioned on topics such as the economy, international affairs and defense deals like Rafale are indicators of press freedom.

Questions about banning internet in J&K

RSF representatives, however, questioned the prolonged internet ban in Jammu and Kashmir from August 5, 2019 which lasted almost a year. The ambassador said the closure was for the safety of the region. “Members of the press could access the internet through internet kiosks set up by the government and Indian and international media have been actively reporting on the situation in Kashmir which would have only been possible with wireless access. obstruction of the internet and freedom of the press,” the minutes read.

The minutes also note that on the issue of violence raised by the RSF, Mr. Ashraf said that “many incidents reported as attacks on journalists are often a consequence of the law and order situation in certain areas. from India. This is often misrepresented as targeted attacks on journalists by the state in Western media”.

US calls on Kremlin to end crackdown on press freedom