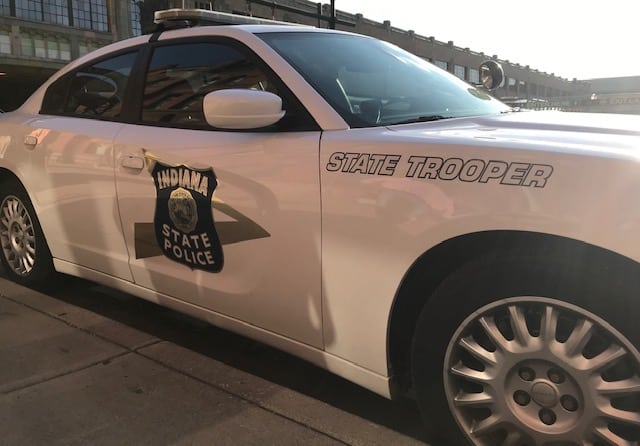 Indiana State Police are responding to the delay in arresting the man behind the bogus social media account that led to charges of child exploitation.

State Police provided more information on Monday about their decision to request information about the account online. Officials say there have been numerous media inquiries since they released information about the “Anthony Shots” account and the possible identification of Kegan Kline last week. State Police say these questions are relevant and related to the long, complex and extremely complicated murder investigation.

Advice and information on the Abby Williams and Libby German murders can be sent by email to abbyandlibbytip@cacoshrf.com or by phone at 765-822-3535.

On Monday, the ISP offered to review the decision to publicly request information about this account:

Indiana State Police have received numerous media inquiries since our December 6 press release regarding “anthony_shots” and ultimately the identification of Kegan Kline. Your questions are certainly relevant as they relate to a long, complex and extremely complicated murder investigation.

Over the past five years, we have conducted dozens of secondary investigations based on the information we have received. One of those investigations included a case of possession of child pornography which resulted in the arrest of Kegan Kline. The information we had, have and continue to receive regarding Kline has fluctuated over the past few years. We understand that there was a period of time between 2017 and 2020 when Kline was not arrested and incarcerated for possession of child pornography. After Indiana State Police presented the criminal case to the Miami County District Attorney in June 2020, immediate action was taken by Indiana State Police and the Office of the Miami County District Attorney’s Office, which ultimately resulted in Kline’s arrest.

Like so much else in this investigation, we will always review, learn from, and make any necessary adjustments. We don’t believe anyone has done anything wrong on purpose, but we will continue to critically evaluate our efforts.

We know there is a huge interest in the “WHY” of everything we do, but we can’t and don’t want to speculate. Someday you will have the opportunity to see and know what we do, and we look forward to that day.