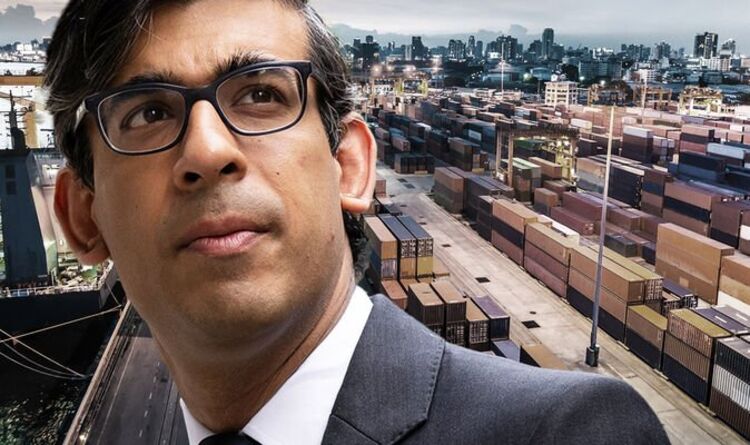 Inflation puts the continents on the brink: a warning on the global economic crisis is issued | United Kingdom | News

The International Monetary Fund (IMF) has warned that the global recovery from the Covid pandemic is “compromised” by supply chain disruptions. They said supply bottlenecks are driving up costs, which threatens to derail the economic rebound by reducing household purchasing power.

The problem is further exacerbated by the tightening of monetary policy by central banks in an effort to control inflation, which will further aggravate the cost of living crisis that is expected to dominate households.

This is particularly true in the UK, where inflation is at its highest level in almost 30 years, at 5.5%.

In addition, Ofgem’s revision of their energy price differential will further hurt household purchasing power. The maximum amount a utility company can charge an average customer in the UK per year will rise dramatically by 54%, from £1,277 to £1,971.

This translates to an increase of £693 per year for the average customer.

The IMF said: “A large and sustained increase in costs due to bottlenecks can harm the recovery, both by raising consumer prices and reducing household purchasing power, and indirectly by leading central banks to tighten monetary policy sooner to prevent inflation expectations from moving above target”.

Reduced purchasing power also worries economists about the consequences for economic growth, as people are less likely or able to spend.

The Bank of England forecast inflation peaking at 7.25% in April.

The economic think tank the Resolution Foundation has estimated that if inflation hits the projected peak, real household disposable income would fall at the fastest rate since the late 1940s.

Like other major central banks around the world, the Bank of England (BoE) is expected to focus on reducing inflation rather than supporting economic growth, and raising interest rates this year in an attempt to controlling inflation rates.

One of the effects of the pandemic has been a shift in demand from services to goods, as the lockdown has prevented consumers from using the former.

The IMF says this has resulted in “severe congestion with shipping volumes exceeding pre-pandemic levels and pandemic restrictions halting activity”.

In particular, sectors that rely on the use of multiple components to produce finished goods have been hardest hit by the supply crisis.

For example, production of new cars has plummeted since the Covid pandemic, due to a shortage of the semiconductors needed to manufacture them.