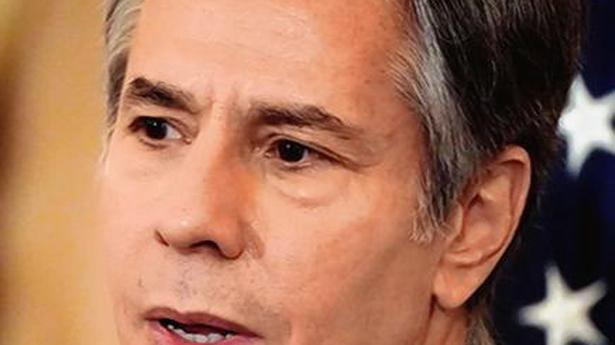 A global network of leading editors, media executives and journalists, the International Press Institute (IPI), on Tuesday called on US Secretary of State Anthony Blinken to raise the issue of freedom of the press with Indian leaders in bilateral meetings.

The IPI wrote to Mr Blinken, who is on a visit to India this week, to bring to its attention the “stifling press freedom environment in which independent media operate in India, amid threats and legal harassment by the government in the Center and in the United States led by the Bharatiya Janata Party ”.

The IPI letter noted that 18 attacks on journalists, eight arrests and 20 cases of “legal harassment” of journalists had been recorded by the IPI so far this year.

“The government of Prime Minister Narendra Modi has shown total intolerance of criticism and has used legal harassment to punish journalists and media who criticize its policies and speak the truth in power… The recent revelations that a 40 journalists have been targeted by Pegasus spyware shows how the government has invaded the professional and private lives of journalists in order to stifle press freedom and human rights in the country ”, indicates the letter.

The IPI also highlighted the searches of the income tax service in the offices of Dainik Bhaskar.

“The newspaper widely covered the impact of the health crisis and published photos of corpses floating in the river, which offended the government. We therefore urge you to raise the issue of press freedom in your bilateral meetings with Indian leaders, ”said the letter signed by IPI Executive Director Barbara Trionfi.

The IPI also said it would be grateful for a public statement from Mr Blinken expressing concern about the condition of press freedom in India.

A “monumental achievement” for press freedom