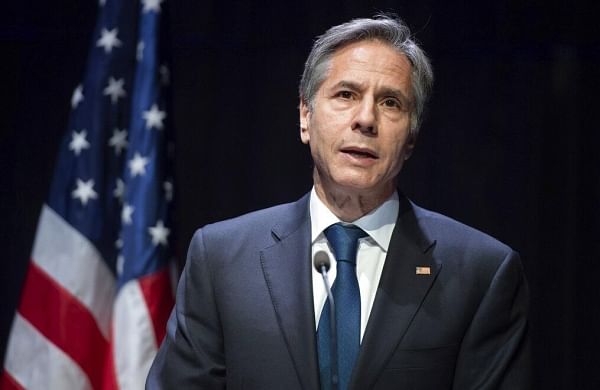 LONDON: The International Press Institute (IPI) on Tuesday urged US Secretary of State Anthony Blinken to raise the issue of press freedom during his bilateral meetings with Indian leaders, saying recent revelations that Around 40 journalists were reportedly targeted by the Pegasus spyware, showing the extent to which the government has invaded the professional and private lives of journalists.

The IPI – a more than 70-year-old global network of leading editors, media executives and journalists dedicated to defending press freedom – made the call in a letter to Blinken earlier in his two-day visit to New Delhi.

Welcoming Blinken’s pre-visit plans to raise the issue of human rights and democracy during his meetings with Prime Minister Narendra Modi and External Affairs Minister S Jaishankar, the Executive Director of IPI , Barbara Trionfi, called on America’s top diplomat to also raise the issue of declining press freedom and the harassment of independent journalists and media outlets in the country.

India has previously dismissed criticism from foreign governments and human rights groups over claims that civil liberties have eroded in the country.

The government claimed that India had well-established democratic practices and strong institutions to protect the rights of all.

The IPI, founded in 1950 at Columbia University and based in Austria to promote independent journalism, said it wanted to draw the US Secretary of State’s attention to “the stifling environment of freedom of the press in which independent media operate in India, amid threats and legal action”. harassment by the government in the center and in the states led by the Bharatiya Janata Party”.

He said recent revelations that some 40 journalists had been targeted by the Pegasus spyware “show how far the government has gone to invade the professional and private lives of journalists in order to stifle press freedom and the rights of man in the country.

“An international media consortium recently reported that more than 300 verified mobile phone numbers of more than 40 journalists, three opposition leaders and a sitting judge, as well as dozens of businessmen and activists in India, could have been targeted for hacking via Pegasus spyware.

India has categorically rejected the allegations related to the Pegasus spy line, saying attempts were being made to “disparage” Indian democracy.

“Prime Minister Narendra Modi’s government has shown complete intolerance of criticism and has resorted to legal harassment to punish journalists and media outlets who criticize its policies and speak truth to power,” the letter said. ‘IPI in Blinken.

“Draconian laws like sedition, the Unlawful Activities Prevention Act and the Disaster Management Act have been consistently invoked against several prominent editors and journalists who dared to question the policies and actions of the government, particularly its response to the COVID-19 pandemic,” he noted.

The letter indicates that since the beginning of this year, 18 cases of attacks against journalists, eight cases of arrests and 20 cases of judicial harassment have been registered by the IPI in the country.

“In all of these incidents, journalists and media have been targeted for their criticism of federal or state governments.

These attacks are part of an increasingly hostile climate towards independent journalism in India, which has had a chilling effect and compelled journalists to practice self-censorship in the world’s largest democracy,” the letter said.

The letter pointed out that in addition to filing complaints, the government relies on other measures to intimidate the media.

“Last week, the Income Tax Department raided the offices of the largest Hindi-language daily newspaper, ‘Dainik Bhaskar’, and accused the news agency of evading taxes s amounting to hundreds of thousands of dollars without providing any evidence.

“The newspaper extensively covered the impact of the health crisis and published photos of dead bodies floating in the river, which ostensibly offended the government,” the letter read.

In addition to urging the US official to raise the issue during his bilateral talks in India, the IPI also called on him to make a public statement expressing concern over the “rapid decline in press freedom and harassment journalists”.

“It would boost the morale of the country’s editors and journalists, and remind the Indian government that the international community has not turned a blind eye to the sordid developments in India,” the letter said.

A “monumental achievement” for press freedom