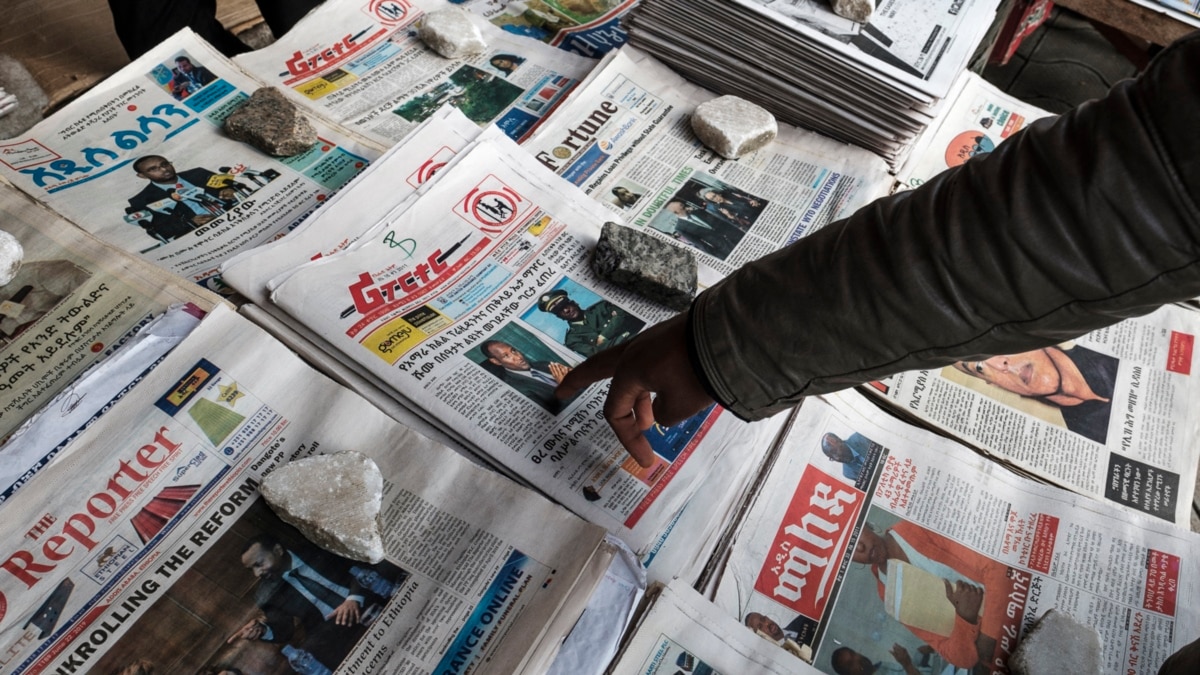 Journalists in Ethiopia say press freedom is at ‘crossroads’

It was a giant step after decades of state repression of the media. But since the war between federal government forces and rebels in the Tigray region began in late 2020, Ethiopia has fallen in the rankings.

To mark World Press Freedom Day 2022, VOA spoke with Ethiopian journalists about the freedom they feel to carry out their work.

Elias Meseret, who worked for the Associated Press, told VOA that press freedom in Ethiopia is at a crossroads.

“Overall, I can say that unprofessionalism and extreme opinions have become hallmarks of the state of the media in Ethiopia at this point,” Elias said. “For that to change, I think the government has a responsibility to let media professionals do their jobs freely. That means without any harassment or intimidation.”

Assegid Mulugeta, a radio presenter for the public broadcaster, the Ethiopian Broadcasting Corporation, or EBC, believes press freedom has improved in recent years. In 2018, the Prime Minister released all journalists from prison. However, that progress has since been reversed according to Ethiopian journalists, who documented that 46 journalists were detained in the country in 2021, making Ethiopia one of the worst jailers of journalists in Africa.

Another journalist, Amir Aman Kiyaro, and his colleague Thomas Engida were arrested in November and released in March. But they still face years in prison if convicted of violating the Emergency Law and the Wartime Anti-Terrorism Law.

Sisay Sahlu, editor of The Reporter, a private newspaper based in Addis Ababa, said independent media are often blocked by the government.

“My experience and that of my friends in public media is totally different,” he said. “As an employee of a private newspaper, it is difficult to obtain information for me.”

Sisay said that for a simple story, he might call 10 managers, all of whom might not want to answer his questions.

“When you call them, they don’t give us any clues,” he said. “We write them a letter, they don’t talk. Finally, when we publish [the story], they come to our office. Sometimes they are on the phone and start a verbal fight. Either they give us information or they don’t.”

A government spokesman was not immediately available for comment.

In the latest World Press Freedom Index, Ethiopia is ranked 114th, down 13 places from its 2021 ranking.

Editor’s note: The article has been updated with additional information on the arrests of journalists.