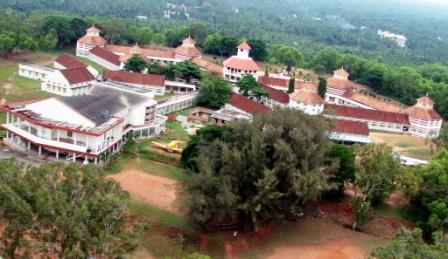 The Sainik School of Kazhakootam in Kerala, which has produced around 800 defense officials, including gallantry award winners, is now strapped for cash.

Earlier this week, school staff and former staff members staged a protest against the denial of pay, pension and retirement.

According to the source, the December salary was paid in two installments and the January salary has not yet been credited.

The financial crisis surfaced at a time when the school also opened admissions for girls.

The school, along with 33 other Sainik schools nationwide, is operated by a company registered under the Companies Registration Act (XXI of 1860).

The role of the Government of Kerala is provision and maintenance of infrastructure, running expenses including educational equipment, land and grant aid for additional infrastructure, development and expansion.

All other expenses which mainly comprise the cost of establishment (salaries, pensions and any retirement benefits) are covered by the contributions collected. This includes the scholarship to be provided by the state government based on income and the central government based on rank of service.

Initially, the 1962 funding model was sufficient for the effective operation of the school, and the budget was in surplus, creating a reserve fund.

Employees were not entitled to pensions, but that changed with the Supreme Court ruling in 1988 making pensions and retirement benefits at government scales mandatory for all employees.

This was followed by the implementation of various recommendations of the Central Wage Commission which worsened the financial situation.

A source, speaking on condition of anonymity, said that in 2006 a solution to the problem was hammered out at the Board of Governors meeting when a Memorandum of Understanding (MoA) was agreed to be signed between the Center and the state governments.

State governments were expected to assume payment of employee pension and retirement benefits.

But it took another 15 years for this MoA to be approved for signature here and even after it was approved, the inking of it is currently caught up in files at the Secretary of State.

When this issue was brought before Chief Minister Pinarayi Vijayan recently, he said, “It was already approved a long time ago and would be done immediately.” “Put simply, the problem the school faces is that the pensions of teachers who taught the old classes are being paid from fees collected from current students,” the source said.

The concept of a Sainik school was thought up by VK Krishna Menon from Kerala and so in 1962, the Sainik school in Kazhakootam was established. IANS