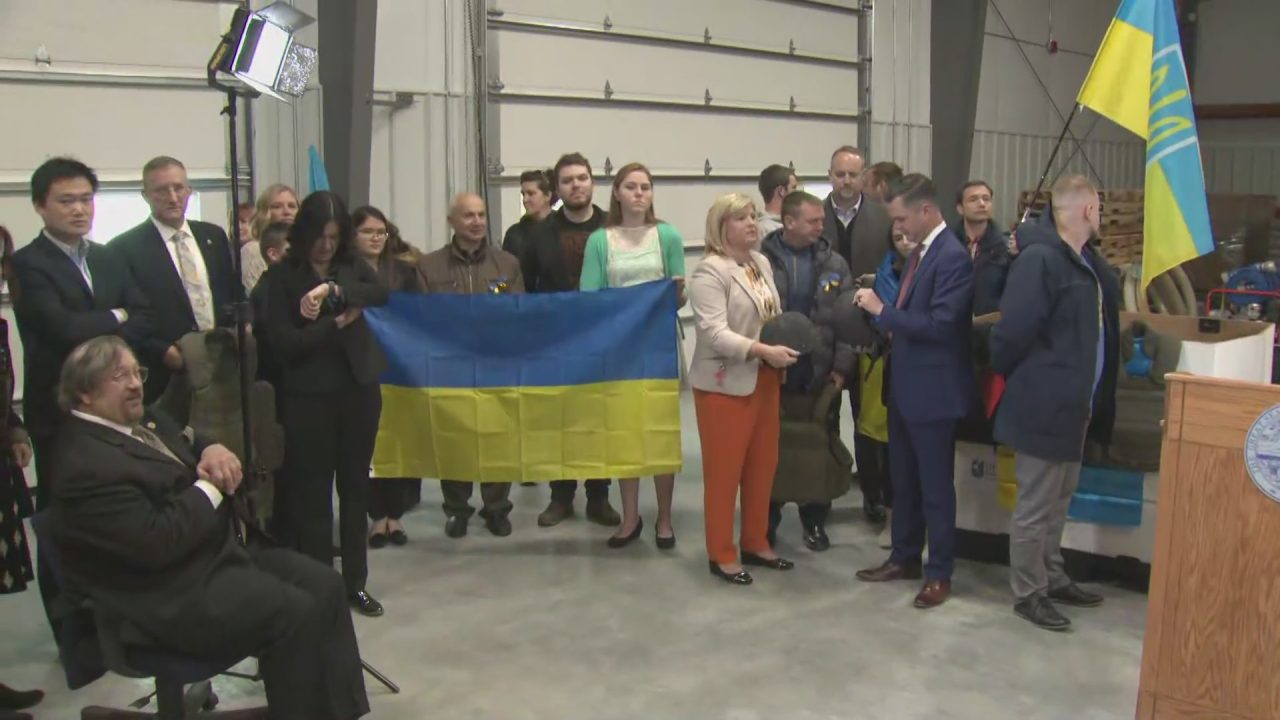 JOHNSTON, Iowa — Governor Kim Reynolds held a press conference at Camp Dodge Wednesday morning to highlight the donations Iowa law enforcement is making to Ukraine. You can watch the entire press conference in the video player above.

During the event, representatives from some of the agencies that donated equipment joined the governor to talk about their specific contributions.

The governor also asked if Ukrainian refugees would come to Iowa.

“We have sent a letter to the administration letting them know that Iowa is ready to accept Ukrainian refugees,” Reynolds said.

Governor Reynolds also spoke about the need for food in Ukraine. She reached out to Meals from the Heartland, a subway-based nonprofit that packages meals to send to the state, nation and world’s poor. The state is working with the group to provide a meal shipment as quickly as possible and is also partnering with the organization to provide ongoing assistance.

Last week, the governor announced that the state was donating protective equipment to Ukraine. At the time, she said 146 hard hats and 714 ballistic vests were donated. This is surplus outdated equipment from the Iowa Department of Public Safety and 18 other Iowa law enforcement agencies.

“Like all Iowans, I was horrified by the devastation and innocent lives lost at the hands of Russian President Vladimir Putin and his unprovoked military invasion of Ukraine,” Governor Reynolds said. “Iowans across the state have expressed their solidarity with the brave people of Ukraine as they bravely defend their country and fight for their freedom. Our donation of helmets and vests is a small way to show that Iowa is on their side.