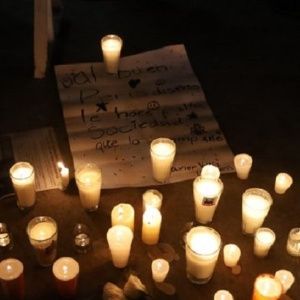 On World Press Freedom Day, celebrated on May 3, Mexicans remember the eight journalists who have been murdered so far this year.

Tijuana journalists said their working environment has become more tense and hostile since the January murders of their colleagues Margarito Martinez and Lourdes Maldonado.

“The risk is very high because you can be in the hands of two risk generators: law enforcement authorities and organized crime. And even the citizens themselves,” said Jose Luis Camarillo, a crime journalist who has been victim of various attacks during his 40 years. -year of career.

In Mexico, the first stage of violence against journalists occurred when insecurity was widespread in the 1980s and 1990s. Later, in the current wave of violence, investigative journalists were harassed by the authorities local.

In this context, the murder of Lourdes Maldonado shocked the country but did not surprise it. During a press conference with President Andres Manuel Lopez Obrador (AMLO) held in 2019, she said she feared for her life following a conflict she had with Jaime Bonilla, then Governor of Baja California.

“It’s complicated because we have authorities who harass us. This has created a climate of animosity about what we raise through our stories,” said journalist Octavio Fabela.

“Since the murders of Margarito and Lourdes… it seems anyone has the right to kill you just to disagree with you.”