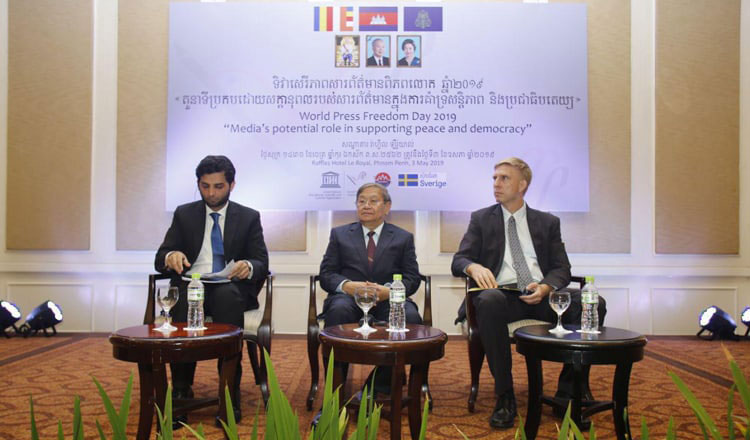 The Ministry of Information, in collaboration with UNESCO, will organize World Press Freedom Day 2022 on May 3 under the theme “Journalism under the digital siege” to encourage and develop initiatives that promote freedom of press. expression, freedom of the press and freedom of information

General Hun Manet will represent Prime Minister Hun Sen to preside over the celebration to be held at Sokha Hotel in Phnom Penh.

Government officials, media professionals, representatives from academia, UN agencies and development partners will take part in the event, the 29th edition this year.

Prime Minister Hun Sen will send a message on this occasion which will be read by a representative of the Ministry of Information.

According to UNESCO, World Press Freedom Day is commemorated around the world to serve as a call for a collective effort by relevant stakeholders to explore the issues facing press freedom and journalists. It also serves as a call to develop concrete solutions to address the threats posed by increased surveillance to press freedom and privacy.

The event will promote and raise awareness of the important role of journalists in society and the valuing of information as a public good, while exploring what can be done in the production, distribution and reception of content for strengthen journalism and advance transparency. .

In Cambodia, this year’s World Press Freedom Day will build solidarity and bring together all stakeholders to discuss and address the current challenges facing journalists and press freedom in the country.

World Press Freedom Day (WDPD) was proclaimed by the United Nations General Assembly in 1993 following a recommendation adopted during the twenty-sixth session of the General Conference of UNESCO in 1991 . C. Nika – AKP