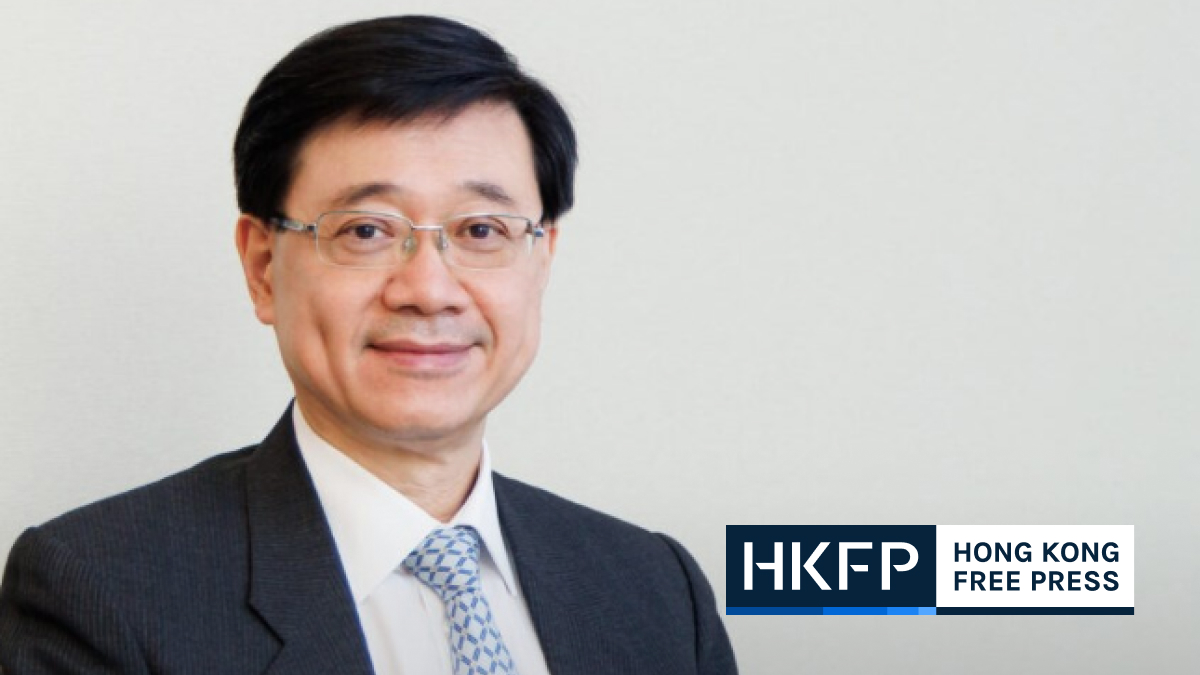 Hong Kong’s only candidate for chief executive, John Lee, has said freedom of the press exists in the city, so there is no need to ask him to “defend” it.

“Freedom of the press still exists in Hong Kong. I think it is not necessary to use the word “defend” because it exists and we attach great importance to the freedom of the press. But freedom of the press must meet the requirements of the law. Hong Kong is a place where the rule of law prevails, any action or activity must be legal,” Lee said, when asked by a reporter on Sunday if he would protect press freedom.

When asked to meet with the Hong Kong Journalists Association, he dismissed the idea citing an ongoing investigation.

The Union Registry demanded that the watchdog provide financial information and explain some of its social media posts.

Explanation: The decline of press freedom in Hong Kong under the national security law

The former chief secretary, who has yet to release a manifesto ahead of the May 8 leadership selection process, said on Sunday he would emphasize a ‘results-oriented’ policy to boost competitiveness from the city.

Since the security law came into force in 2020, two newsrooms have been raided and their key writers arrested, as press freedom NGOs sound the alarm. Apple Daily, Stand News and Citizen News are among the outlets that have closed.

A poll this month found that Hong Kongers’ satisfaction with the city’s freedom of press and media had fallen to an all-time high.

“Fake news” legislation, crowdfunding regulation, and local Section 23 safety law legislation are all expected when and if Lee takes the helm.

Earlier this month, his campaign team tried to ban the Hong Kong Free Press and other independent media from holding an online press conference, saying it was only for “mainstream media”.

The 64-year-old is the only hope for the small-circle election due to take place in 13 days. The 1,462 election committee members he vetted last year are expected to select him for the top job.

On World Press Freedom Day, DW Akademie panelists reflect on how to counter digital authoritarianism | About Us | DW