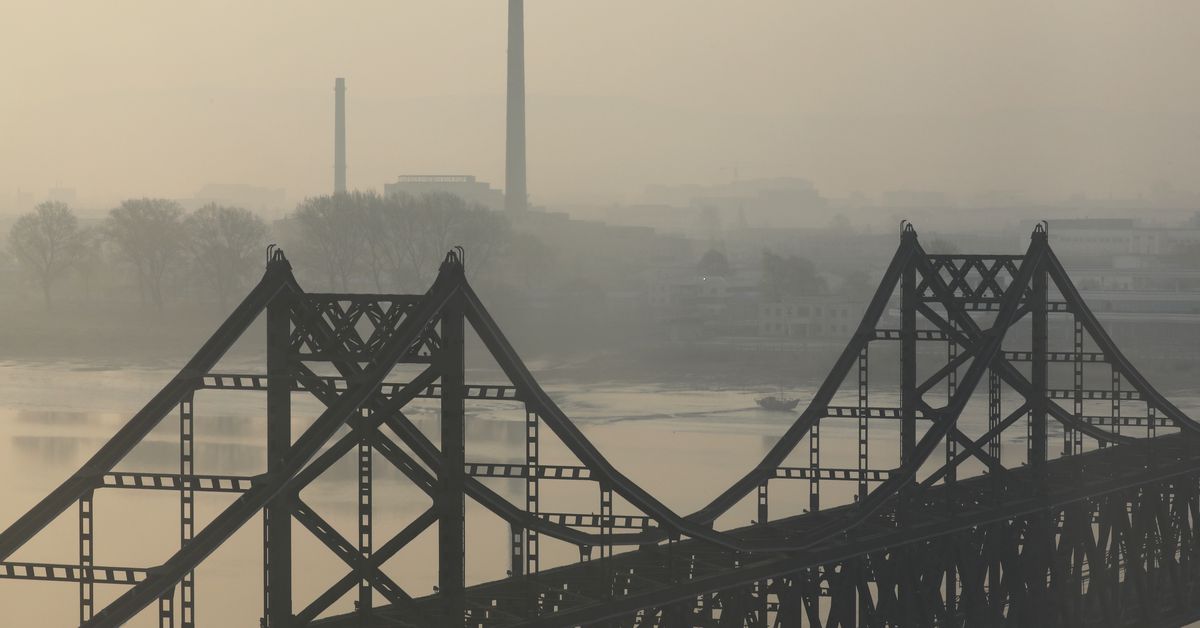 Buildings in North Korea’s Sinuiju are seen behind the Friendship Bridge over the Yalu River at sunrise in Dandong, Liaoning province, China April 20, 2021. REUTERS/Tingshu Wang

SEOUL, July 8 (Reuters) – North Korean towns along the border with China were flooded this week after heavy rains, threatening to worsen an already critical food and economic situation in the country.

North Korea’s state broadcasters said the city of Sinuiju reported its heaviest rainfall of the year on Thursday, with at least 132.5 mm (5.2 inches) of rain as of 4 p.m.

Video footage showed buses and other vehicles driving through water that had filled intersections, while pedestrians waded nearby.

To the east, in North Hamgyong province, officials were working to ensure the water supply remained safe by overseeing sewage disposal and ensuring residents boil water before to drink it, the official KCNA news agency reported.

North Korea has reported an outbreak of an unspecified intestinal disease – suspected by South Korean officials to be cholera or typhoid – and blamed foreign objects on the border with South Korea for triggering an outbreak of COVID-19.

Natural disasters and epidemics could worsen food shortages in North Korea, which is under international sanctions for its nuclear weapons and missile programs, and has closed its borders to most trade to prevent the spread of the virus. COVID-19.

A United Nations annual food security report released on Thursday found that the percentage of undernourished North Koreans rose to 41.6 percent from 2019 to 2021, compared to 33.8 percent from 2004 to 2006.

In the south, North Korea appears to have released water from a dam near its border with South Korea, prompting holidaymakers from the neighboring country to evacuate as water levels in the Imjin River rose on Monday .