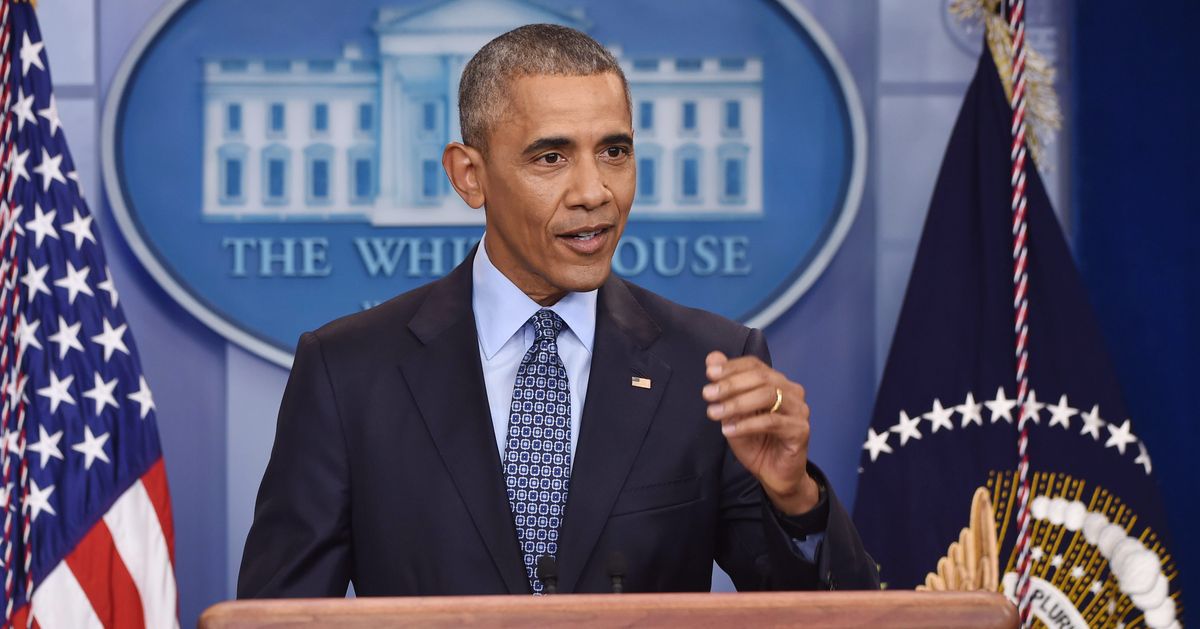 Barack Obama will not leave behind a proud legacy of press freedom. His administration has filed more lawsuits against whistleblowers and leakers than all of his predecessors combined. His Justice Department spied on reporters and tried to coerce the New York Time‘ James Risen to disclose his confidential sources under threat of imprisonment.

In two days, Donald Trump will inherit these precedents.

But during his last press conference on Wednesday, the president drew attention to the other precedents, more favorable to the fourth power, that he will grant to his successor.

Obama spoke to reporters in the cramped confines of the White House briefing room – a location chosen by aides rather than the more spacious state dining room – to symbolically affirm the right of the press to be in close proximity to those in power. This right has recently been called into question because Squire reported that Donald Trump’s team was considering moving reporters out of the West Wing, limiting their ability to interview senior staff.

In his opening speech, Obama made explicit his desire to defend the prerogatives of the press against the whims of his successor.

“You’re not meant to be sycophants – you’re meant to be skeptics,” Obama said. “And having you in this building has helped this place run better.”

The president suggested that media scrutiny of his response to crises such as the 2014 Ebola outbreak and the BP oil spills had made his administration more responsive to public needs.

“So America needs you, and our democracy needs you,” the president said.

Obama went on to say that while he plans to take a break from politics, he would not hesitate to enter the fray if the other needs of our democracy were in jeopardy.

“There is a difference between this normal operation of politics and certain issues or certain times where I think our core values ​​may be at stake,” the president said. “I put in this category if I saw systematic discrimination being ratified in some way. I put in this category the explicit or functional barriers preventing people from being able to vote, from exercising their right to vote. I put in that category institutional efforts to silence dissent or the press and for me at least I would put in that category efforts to round up kids who grew up here who are for all intents and purposes American kids and send them elsewhere, when they love this country.

The president spent much of his last press conference defending his administration’s final decisions. Responding to criticism of his commutation of Chelsea Manning’s 35-year sentence for leaking classified documents, Obama said, “First, let’s be clear…Chelsea Manning served a severe prison sentence. So the idea that the average person who was considering leaking vital classified information would think it goes unpunished, I don’t think they would get that impression of the time that Chelsea Manning served.

Obama conceded that the president-elect’s nominee for ambassador to Israel had a very different view and that Trump had the “prerogative” to steer policy in the Middle East – or anywhere else – in a new direction.

“It’s appropriate for him to move forward with his vision and his values,” Obama said of his successor. “And I don’t expect there to be a huge overlap.”

But to the extent that Trump’s vision and values ​​involve ratifying “systemic discrimination,” violating press freedom, or undermining the safety of undocumented children, the president has hinted that he doesn’t would not hesitate to speak out.

And his voice remains resonant. The Last Washington To post-ABC News poll puts Obama’s approval rating at 60% – 20 points lower than it was just before his inauguration in 2008, and 20 points higher than Trump’s today .

The Absurdity of World Press Freedom Day: A Brief History