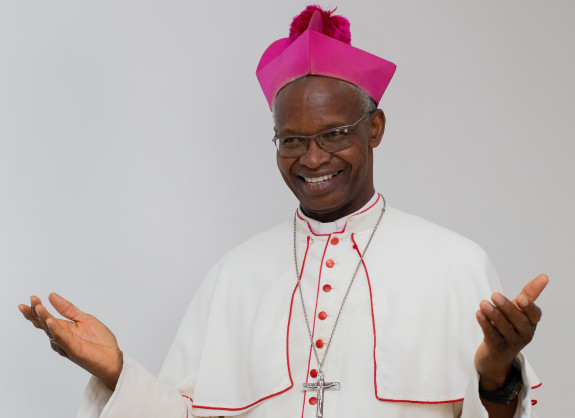 The image below is free of rights and can be used at will, without asking permission

The Symposium of Episcopal Conferences of Africa and Madagascar (SECAM) (www.SECAM.org), the Association of Catholic Bishops of Africa, Madagascar and the Islands, has elected His Eminence Richard Kuuia Baawobr of Ghana as its new President.

His Eminence Richard Kuuia Baawobr is now the most senior member of the Roman Catholic Church in Africa.

B-roll video, photos, sound clips and interviews in English, French and Portuguese are freely available to the media and can be used without restriction and without asking permission: https://bit.ly/SECAM-PDT

Distributed by APO Group for the Symposium of Episcopal Conferences of Africa and Madagascar (SECAM).

This press release was issued by APO. Content is not vetted by the African Business editorial team and none of the content has been verified or validated by our editorial teams, proofreaders or fact checkers. The issuer is solely responsible for the content of this announcement.

After the 2008 financial crisis, life returned to normal. Will it be this time? | Philippe Inman