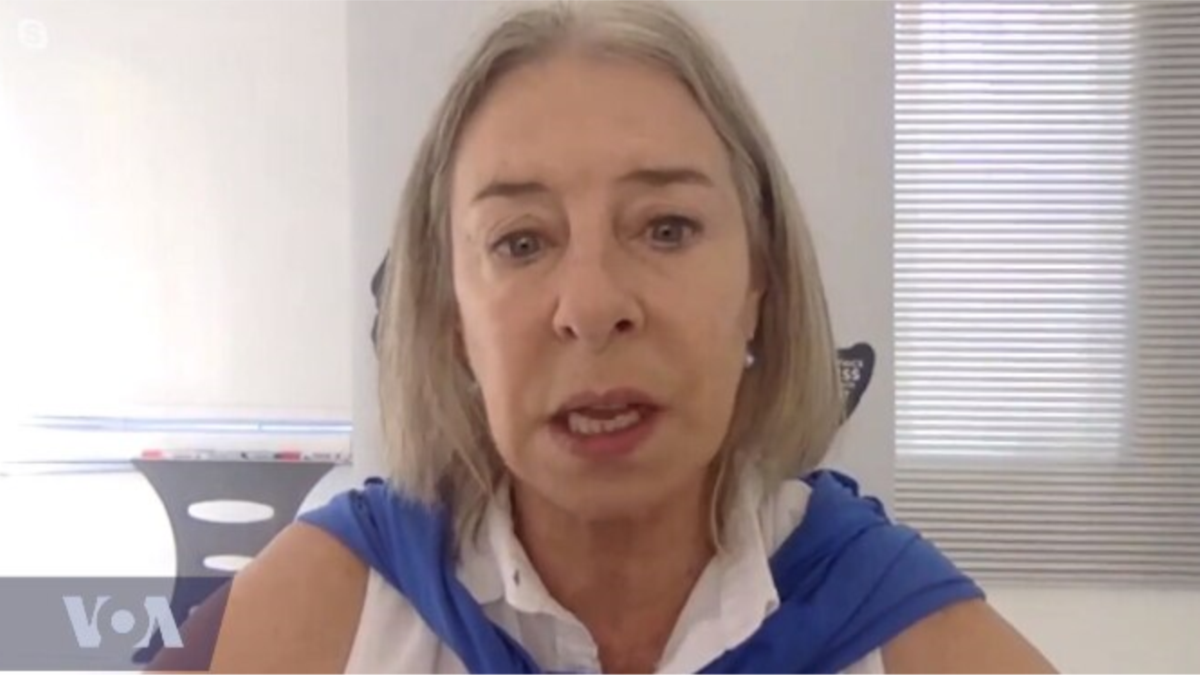 Thirty years ago, dozens of African journalists gathered at a conference in the new nation of Namibia to strategize to better serve the public and minimize the risks associated with their work.

“In Africa today … in many countries, journalists, editors and publishers are victims of repression – they are murdered, arrested, detained and censored,” the journalists wrote in a document denouncing government controls and pressure economic and political.

Their Windhoek declaration called for support for “an independent, pluralist and free press”.

“It has helped pave the way for a freer press on the continent – and certainly, I think, also for a wider acceptance of the phenomenon of the free and independent press,” said Gwen Lister, a Namibian journalist who co-chaired this gathering. VOA.

The rally and its declaration inspired similar charters and gave rise to World Press Freedom Day, which is celebrated every May 3. The main celebration of this year went to Windhoek, the capital of Namibia, for the 30th anniversary.

Lister served as the “champion” for the 2021 event, which rolled out an update to the document. The Windhoek + 30 Declaration addresses both new and current challenges: the economic viability of independent media, competition from social media platforms that share but do not verify information, media education and the safety of journalists.

Namibia gained independence from South Africa in 1990, with a bill of rights that protected press freedom.

“It was really a big deal, if you will, for Africa,” Lister said, suggesting that this had been factored into the country’s selection for the initial conference. “In addition, South Africa was just emerging from the apartheid era. … Most governments on the continent controlled both the print media and the radio.

Most of the journalists gathered worked in print and at least some were setting up independent media, “even in the face of very hostile governments,” Lister said.

This week’s Windhoek conference, like the original, was hosted by UNESCO and the Namibian government.

The country’s support “shows a commitment to the values ​​of democracy and transparency, Information Minister Peya Mushelenga said in an interview last month with Toivo Ndjebela, editor-in-chief of the Namibian Sun daily and co-champion of the Lister conference.

Mushelenga said Namibia values ​​freedom of expression and values ​​journalism for its role of informing the public. “We do not take the media as adversaries,” he told Ndjebela.

Namibia ranks first among African countries and 24th out of 180 countries in the world surveyed in Reporters Without Borders’ global press freedom rankings.

But, as Lister pointed out, press freedom is “a fight that is never entirely won”.

Snapshots of the African media landscape underscore his point.

– In Burkina Faso, Spanish journalists David Beriain and Roberto Fraile were killed on April 27 by gunmen while working on an anti-poaching documentary. (A third victim, Rory Young from Ireland, ran the nonprofit Fundacion Chengeta Wildlife program.)

Beriain and Fraile have been added to UNESCO’s toll of journalists killed on the job, bringing the total to 1,452 deaths worldwide since 1993. Seventeen have been reported so far this year.

– In Kenya, German public broadcaster Deutsche Welle (DW) correspondent Mariel Müller was twice struck by tear gas canisters fired by police while covering a protest in Nairobi against COVID-19 restrictions May, the 1st. The news agency wrote to Kenyan authorities and asked for an explanation.

– In Zimbabwe, investigative journalist Hopewell Chin’ono has been arrested three times since July, the most recent in January for allegedly “spreading lies” about alleged police violence. The country’s highest court dismissed the accusation on April 28, saying it lacked legal basis. Chin’ono had previously been charged with inciting violence for supporting anti-government protests and obstructing justice. He sharply criticized the administration of President Emmerson Mnangagwa, alleging corruption and human rights violations that the government denies.

– In Angola, Chela Press editor-in-chief Francisco Rasgado was charged with defamation for a Facebook post last July that accused Rui Falcoa, then governor of Benguela province, of corruption. Falcoa, now information secretary of the ruling People’s Movement for the Liberation of Angola, has claimed approximately $ 1.5 million in damages. Rasgado could also have been sentenced to at least six months in prison if found guilty. Instead, a lower court acquitted him – on World Press Freedom Day.

COVID-19 has added another layer of difficulty, with safety precautions restricting mobility and limiting reporting in the field. The global economic downturn has fueled “media shutdowns, layoffs, time off and pay cuts,” the Columbia Journalism Review reported in March, noting that the impact varies by country but remains a “global media crisis. “persistent.

Epifania Fernandes, journalist with O Democrata newspaper in Guinea-Bissau, told VOA that “sometimes the agency is unable to pay salaries for three or four months. However, it is understandable because of the difficulties it is going through.

It will take different approaches to ensure the vitality of journalism serving the public, said Guy Berger, UNESCO Director for Freedom of Expression and Media Development.

A former South African journalist who also ran the Rhodes University School of Journalism in the Eastern Cape Province, Berger added that young people entering the field “really have to be actors to try and experiment with new things. models “.

“Right now, the people who bear the costs of journalism are not the ones who benefit,” Berger said. He suggested “public resources to support journalism in a way that does not corrupt journalism.”

The Windhoek + 30 Declaration calls for a fair and transparent distribution of all public funds intended for the media.

The document offers 16 other recommendations, starting with asking governments to “commit to creating an enabling environment for freedom of expression and access to information.” … ”It sets out steps for UNESCO and other intergovernmental agencies, technology companies, journalists and others to support information as a public good.

Surveys by organizations such as the Reuters Institute for the Study of Journalism show an erosion of public trust in the news media. That’s why media training needs to be part of that effort, Lister said.

João Marcos in Angola and Lassana Cassamá in Guinea-Bissau, both for Portuguese VOA, and Columbus Mavunga in Zimbabwe contributed to this report.