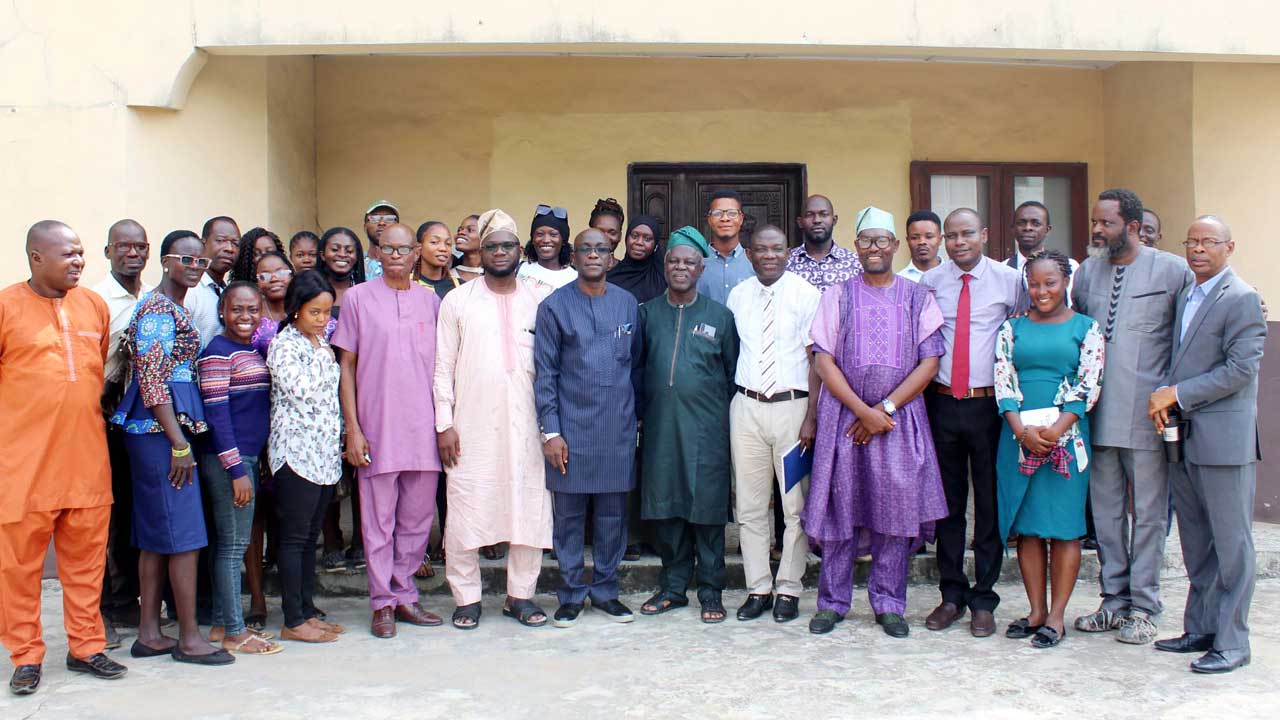 Following the physical, psychological, moral and emotional injuries suffered by journalists due to exposure to traumatic events during their careers, communication specialists unanimously underlined the need to include knowledge of trauma in the programs of journalism.

The scholars spoke at a panel discussion on “Integrating Traumatic Literacy into Journalism Education in Africa: The Roadmap,” held both virtually and live at the Nigerian Institute of Journalism (NIJ), Ogba, last week in commemoration of this year’s press freedom. Day.

The event was organized by the Journalism Education and Trauma Research Group’s Sub-Saharan Africa Research Center (JETREG).
Workshop participants emphasized that journalism educators have a vital role to play in providing safe spaces for journalists to talk about work-related trauma and in preparing young journalists to be aware of the issue and to provide coping mechanisms.

They quoted the South African photographer, Kevin Carter, who during the war in Sudan took the photo of a girl on the ground due to hunger, while a vulture prowled on the ground nearby.

In 1994, the image won him the Pulitzer Prize for Feature Film Photography, but later committed suicide. Carter’s suicide note reads: “I am haunted by vivid memories of murder and corpses, anger and pain…starving or injured children, trigger-happy lunatics, often policemen, killer executioners.”

In his keynote address, Professor Ola Ogunyemi of the University of Lincoln, UK, observed that there is a dearth of scientific literature on how to effectively teach trauma-informed literacy and prepare students acquire the skills and coping mechanisms to psychological and emotional challenges. during their career.

With over 250 members, he said JETREG was created at the University of Lincoln with the primary goal of bringing trauma literacy into the curriculum.

He revealed, “We have submitted a concept note to UMESCO on trauma journalism in the Global South. Regional research centers organize seminars and symposia on the inclusion of trauma literacy in their region.

In the long term, he added that JETREG is working on a grant proposal to develop learning tools to promote trauma awareness among journalism students while incorporating theater arts, simulation and virtual reality. He said, “We also offer innovative teaching strategies.”

The executive director of the International Press Center (IPC), Lanre Arogundade, said journalists needed to be trained in trauma management and needed to be supported. He said it was necessary to report the face of traumatized journalists, such as psychological and emotional.

He revealed that IPC would soon be releasing two documentaries highlighting interviews with journalists and other media professionals who suffered brutal press freedom violations during the 2020 COVID-19 pandemic-induced lockdown and #ENDSARS protests.

He revealed that the public presentation of the documentaries would be followed by a panel discussion on the protection of journalists during crises or national emergencies.

From her point of view, the Deputy Vice-Chancellor of the Federal University of Agriculture (FUNAAB) Abeokuta, Professor Bolanle Akeredolu-Ale, observed that journalists are considered as if they were not from this world and that they are resilient to the stressors that come their way.

She argued that trauma awareness and citizen journalism should also be considered because there are so many unfiltered stories all around.

She suggested that trauma awareness be made compulsory in schools, pointing out that support groups that could help if journalists found themselves in an unpleasant situation could be set up. She also said journalists need to open up and learn to talk to each other about traumatic issues.

She suggested that trauma-informed skills, trauma-reactive skills and trauma-sensitive skills could be included in innovative teaching and learning materials.

Professor of Mass Communication, Lagos State University (LASU), Lai Oso, categorized trauma as physical, structural and cultural. He said trauma could be physical like rape, structural like poverty and cultural like gender discrimination.

He said that when journalists report trauma, it is necessary to ask questions about the consequences of what is being reported. He said news is an event but trauma is a process. He said an unpaid journalist could be traumatic and lose his humanity.
He expressed concern about the way some television journalists subject their interviewees to traumatic experiences through the questions they ask. He advised journalists not to play the role of judge; rather, they should be sensitive to the feelings of others. He also said employment after retirement should be discussed.

Vanguard Newspapers Managing Director/Editor Gbenga Adefaye also agreed that there is a need to teach trauma literacy in schools. He shared his experience when he worked with Professor Tonie Iredia at the Nigerian Television Authority (NTA) Benin in the 80s.

Adefaye said he was asked to cover the execution of armed robbers in an army barracks and has not yet forgotten such a traumatic experience. He added that journalists need additional skills to meet the demands of today’s job.

Adefaye, who is also the provost of the NIJ, noted that there was a need to nurture journalists who are content producers and would start their own news business after leaving school instead of looking for a job.

The Executive Secretary of the Broadcasting Organization of Nigeria (BON), Dr Yemisi Bamgbose also agreed on the need to develop a program on burnout for journalists.

While identifying the challenges faced by media professionals including meager pay, workload, deadlines, ownership interference and discrimination, Bamgbose noted that journalism is one of the most stressful.

The President of the International Journalists Forum for Migration (JIFORM), Dr. Ajibola Abayomi, also stressed the need to improve the welfare and job security of journalists. He said there was a need to engage practicing journalists in the conversation about trauma literacy. He added that JIFROM looks forward to working with the NIJ and NUJ on trauma literacy.

He revealed that JIFORM conducts advocacy against irregular migration, human trafficking and crises leading to internal displacement of citizens around the world.