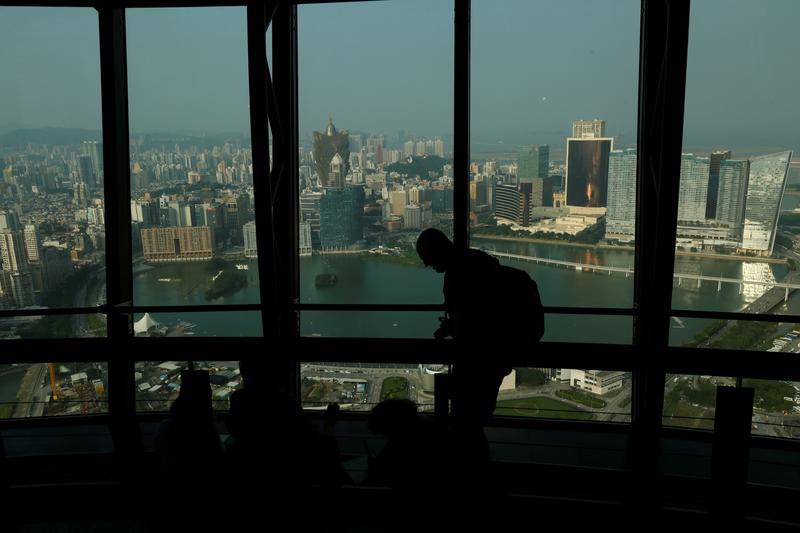 The moves targeting Macau’s biggest broadcaster were detailed to Reuters by two people present at the meeting and mark the first time Portuguese-language media in the former colony have been directly targeted by authorities.

Since the meeting, at least six journalists have resigned, the sources said.

The world’s largest gambling hub, home to 700,000 people, has always been touted as a poster child for Beijing’s “one country, two systems” style of governance alongside neighboring Hong Kong. The system promises sweeping freedoms not seen in mainland China, including a free press and an independent judiciary.

“We knew things might change one day, but it totally surprised us,” said one of the Portuguese journalists who attended the March meeting. They declined to be identified due to the sensitivity of the issue.

The new TDM guidelines came about two weeks after Hong Kong announced an overhaul of its public broadcaster, RTHK, amid accusations from authorities that it has an anti-government bias.

Pressure is mounting on Macao’s Portuguese and English media, which generally operate with more flexibility than the local Chinese press, which has faced strict censorship for more than a decade, reporters said.

Portuguese media in Macau, for example, covered the Hong Kong protests extensively in 2019, while Chinese-language media there largely stayed away.

The Macau government has declared that all news agencies in Macau have the freedom to set their own editorial guidelines and that it continues to respect and uphold the principle of freedom of the press as stipulated in the Basic Law of Macau. the city.

The Hong Kong government and TDM did not respond to requests for comment.

However, like Macau, the Hong Kong government said rights and freedoms remain intact.

In a public statement in March, TDM said its editorial policy remained unchanged and it would continue to “assume its media social responsibility and adhere to the principle of patriotism and love for Macao.”

More than half of Macau’s population immigrated from China in recent decades, helping to foster a stronger affinity for the mainland than in Hong Kong, where the majority of residents were born in the territory.

Beijing generally praises Macao while sternly warning Hong Kong that it will not tolerate any challenge to its authority. But Hong Kong’s pro-democracy protests have entangled Macau’s media with their coverage and drawn Beijing’s attention, Macau experts said.

“People who support Hong Kong, that was not allowed. There is a sensitivity about Hong Kong,” said Eric Sautede, a former professor at the University of Macau, who said many reporters from TDMs from the English and Portuguese section traveled to Hong Kong to cover the protests.

“For them it was something big, how could they not cover it up?” he added. “In retrospect, one would suspect that they crossed the red line, they showed a little too much independence.

Paulo Coutinho, director and editor of the Macau Daily Times, an English-language newspaper in Macau, said the TDM incident was a consequence of what has been happening since November 2019, when China publicly warned that it would firmly maintain its sovereignty. , security and development.

“Entities that represent the Chinese government, they organize events and send messages. People … want to give more space to China’s opinion,” he said.

The Portuguese and English Press Association of Macau has expressed concern over the new TDM guidelines, in particular that staff are not allowed to “relay information or opinions contrary to central government policies of the PRC”.

Reporters Without Borders condemned the measures taken by public broadcasters in Hong Kong and Macau and urged both governments to “stop their attacks on press freedom”.

Connie Pang, a freelance journalist in Macau and former head of the Macau Press Association of Journalists, said what Portuguese media was experiencing now was what local Chinese media had seen over the past 10 years.

“Now maybe Portuguese TDM news is the only wild horse left, so they want to impose the red line on him as well,” she said.

Journalists from many small Macanese outlets are more cautious, as they rely heavily on government subsidies.

“They don’t want us to be just neutral, balanced. They want us to support… the Chinese Communist Party,” said another veteran reporter, who declined to be named due to the sensitivity of the topic.

Some Portuguese journalists said the furor had so far not affected their reporting.

Jose Dinis, publisher of Jornal Tribuna de Macau, a Portuguese-language newspaper, said he did not feel any pressure.

“I don’t mean the wolves are coming. At the moment, I don’t see any problem,” he said.

However, some Macau residents, such as lawyer Jorge Menezes, see the TDM crackdown as the first step in broader censorship of English and Portuguese media.

“There is no resistance in Macao; we can see what China wants to implement here and what it would like to do in Hong Kong and elsewhere,” he said.