Nearly 40% of countries in Europe and Central Asia are in a “problematic” press freedom situation, according to the Reporters Without Borders (RSF) World Press Freedom Index 2022 published on Tuesday 3 May.

Overall, the situation is described as “very bad” in a record number of 28 countries, including Belarus and Russia. At the other end of the scale, three Nordic countries – Norway, Denmark and Sweden – lead the rankings with the highest scores.

RSF’s methodology for compiling the index has changed this year, making comparisons with data from previous years more difficult, but including new indicators to calculate the level of press freedom, including the political, economic and socio-cultural context as well as the legal framework and security.

Based on this, there have been noticeable changes in the rankings in Europe. While Croatia, Bulgaria and the UK have all moved up the rankings this year, Belgium, Switzerland and the Netherlands have each been downgraded from “good” to “satisfactory”.

Countries with long-standing press freedom concerns, such as Poland and Hungary, remained relatively stable, falling from 64th to 66th and 92nd to 85th place respectively.

However, other EU states have fallen sharply in the rankings, reflecting growing concern over developments in press freedom: Greece, for example, fell from 70th to 108th place in a year – the worst of any EU country – and Slovenia from 36th to 54th.

The proliferation of opinion media, based on what RSF describes as the “Fox News model”, as well as the spread of disinformation on social media, have increased divisions within democratic societies, the organization said. and democracies have been weakened by political control of the media.

This trend can be seen in Russia’s invasion of Ukraine, RSF noted, where a propaganda war began long before the physical war. Since the start of the conflict, the Kremlin has cracked down on independent media in Russia, which ranks 155th out of 180 countries in this year’s tally.

Russia at war with independent media

As the war in Ukraine continues, Russia has intensified its efforts to restrict the availability of information, targeting independent reporting on both sides of the border.

“Margarita Simonyan, editor-in-chief of RT (the former Russia Today), revealed what she really thought on a Russia One TV show when she said that “no great nation can exist without control of the world. ‘information,'” said RSF secretary general Christophe Deloire.

“The creation of media weapons in authoritarian countries eliminates the right to information of their citizens but is also linked to the rise of international tension, which can lead to the worst wars.”

Social and opinion media also fuel division within democratic societies. This is the root of growing political and social tensions in France (ranked 26th overall), for example, RSF said.

“At the national level, the ‘Fox News-ization’ of the media poses a mortal danger to democracies because it undermines the foundations of civil harmony and tolerant public debate,” added Deloire.

“Urgent decisions are needed in response to these problems, promoting a New Deal for journalism, as proposed by the Forum on Information and Democracy, and adopting an appropriate legal framework, with a system of protection of spaces democratic online information”.

In “illiberal democracies”, growing government control over independent media also plays a role in growing polarization, said RSF, the most visible in the EU in Poland, which came in 66th place this year. . 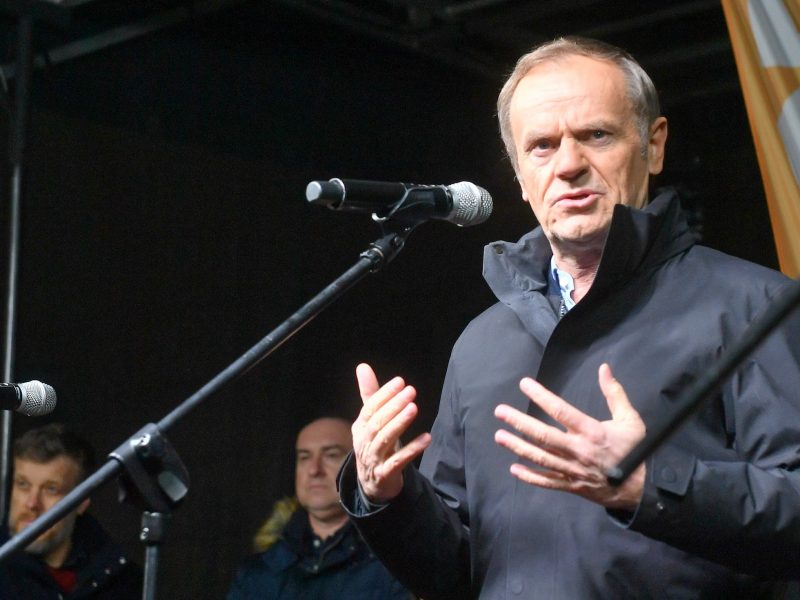 Thousands of people demonstrated outside the Polish President’s palace on Sunday (December 19th) against a new media law which critics say aims to silence the country’s main independent news channel.

Europe and Central Asia still have the highest percentage (13.21%) of territories rated “good” for press freedom compared to the rest of the world, but observers have warned that the situation is getting worse.

Just last week, a report on media freedom published by the Council of Europe revealed that press freedom alerts in the EU increased by 41% in 2021 compared to those registered the previous year. 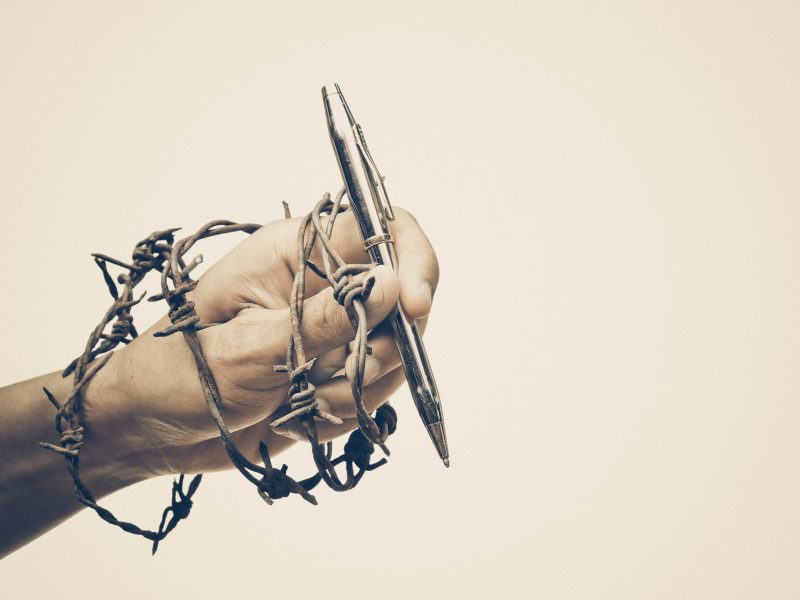 Some 32% of territories in Europe and Central Asia were judged by RSF to be in a “satisfactory” situation and 7.5% in a “difficult” situation, but the highest percentage – 39% – was recorded as having the second lowest rank. classification: that of a “problematic” situation.

Journalism in Europe is also becoming increasingly deadly: The year 2021 has seen the murder of six journalists in Europe, including Greek journalist Giorgos Karaivaz and Dutch journalist Peter R. de Vries, and RSF has recorded the deaths of 25 media professionals since the start of this year, many are due to war. in Ukraine.

The European Commission has recently taken a number of steps to address the twin challenges of journalists’ safety and media freedom in the EU. In September, the Commission published its Recommendation on the safety of journalists, a set of voluntary measures that Member States could take to better protect their media workers online and offline.

European Commission Vice-President for Values ​​and Transparency Věra Jourová presented a recommendation on the safety of journalists on Thursday 16 September, urging EU countries to address safety concerns in an increasingly more hostile to the media.

This was followed by a more concrete step last week, with the publication of the EU executive’s anti-SLAPP directive, intended to tackle the rollout of abusive lawsuits aimed at silencing journalists and activists.

The initiative includes both an EU-level directive, which will focus on cases with “cross-border implications”, and a recommendation to member states on how they can take steps to introduce similar safeguards in national cases.

The Commission is also expected to publish its proposed EU Media Freedom Act, which is expected to introduce bloc-wide safeguards on media pluralism this summer.