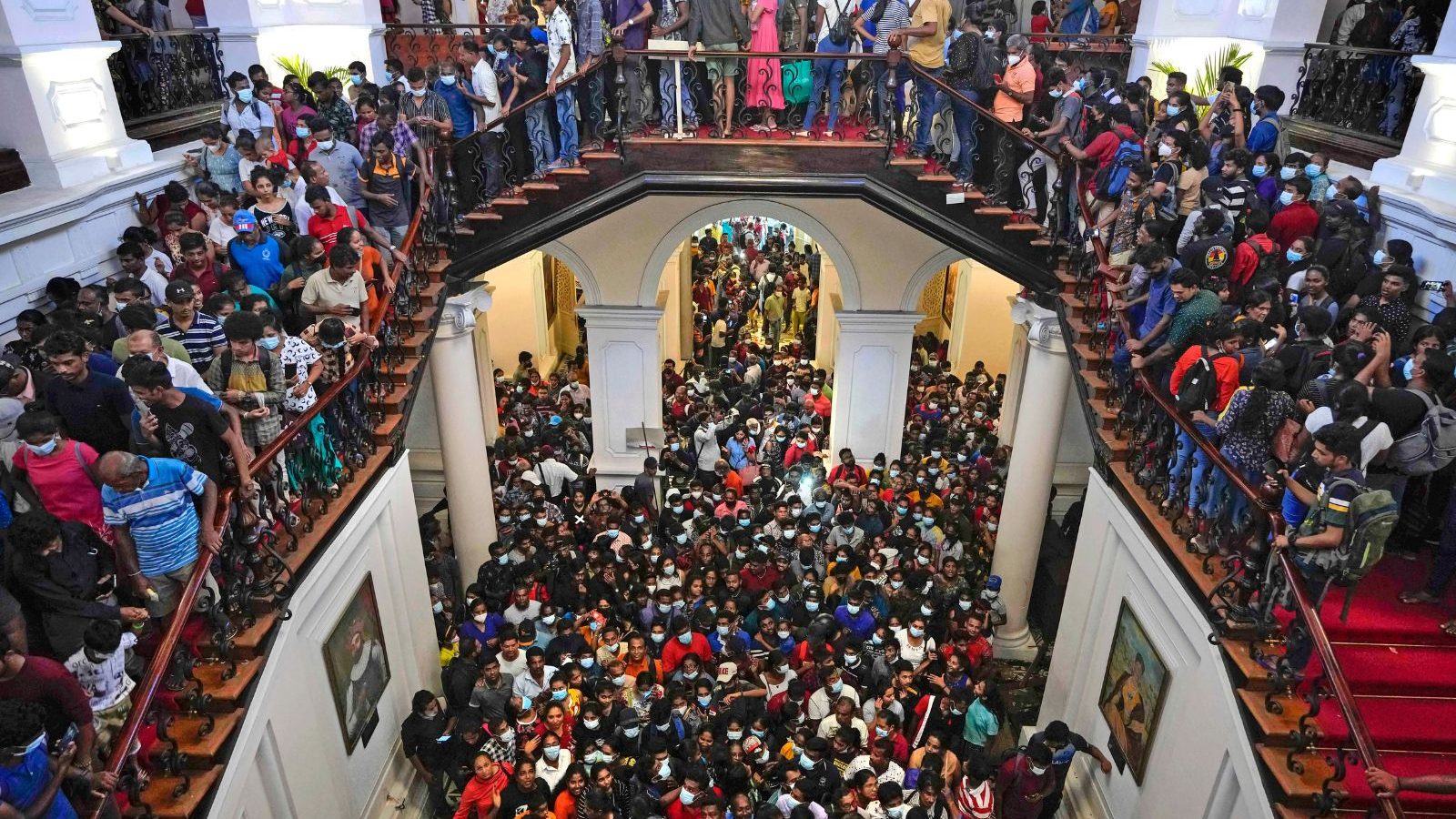 Rajapaksa to fly to the Maldives or India? Immigration says he won’t let Prez go until he resigns tomorrow

The 73-year-old leader fled his official residence in Colombo just before tens of thousands of protesters swarmed it on Saturday. He then wanted to travel to Dubai, officials said.

Sri Lanka’s embattled president was airlifted to an airbase near the main international airport on Monday, officials said, suggesting he would flee into exile overseas. Gotabaya Rajapaksa fled Colombo’s presidential palace under naval protection on Saturday, shortly before tens of thousands of protesters stormed the compound.

Hours later, the Speaker of Parliament announced that Rajapaksa would step down on Wednesday to allow for a “peaceful transition of power”. The 73-year-old leader had taken refuge at a navy facility in the northeast of the island, a senior defense official said, adding that he had been taken to Katunayake Air Force Base adjoining the main the country’s international airport.

“He and his entourage were flown back to Colombo in two Bell 412 helicopters,” the official added. There has been no official word from the president’s office on his whereabouts, and several local media have speculated that he is due to leave for Dubai later on Monday.

But four commercial flights then took off to destinations in the Middle East without him, airport officials said. Immigration officers refused to go to the VIP suite to stamp his passport, as he insisted he would not go through public facilities, they added – a humiliating confrontation for the once-known leader under the name “The Terminator”.

A military source said Rajapaksa, who remains the commander-in-chief of the armed forces, had the option of traveling on an air force plane. Prime Minister Ranil Wickremesinghe’s office said Rajapaksa formally informed it of the president’s intention to step down, without specifying a date.

Sri Lanka’s political parties moved on Monday to form a multi-party government and then elect a new president on July 20 to prevent the bankrupt nation from descending further into anarchy. President Rajapaksa has officially notified Prime Minister Ranil Wickremesinghe that he will step down on July 13 as previously announced, the Prime Minister’s Office announced on Monday, days after protesters stormed the homes of the two angry leaders against the government’s mismanagement of the country’s worst economic crisis.