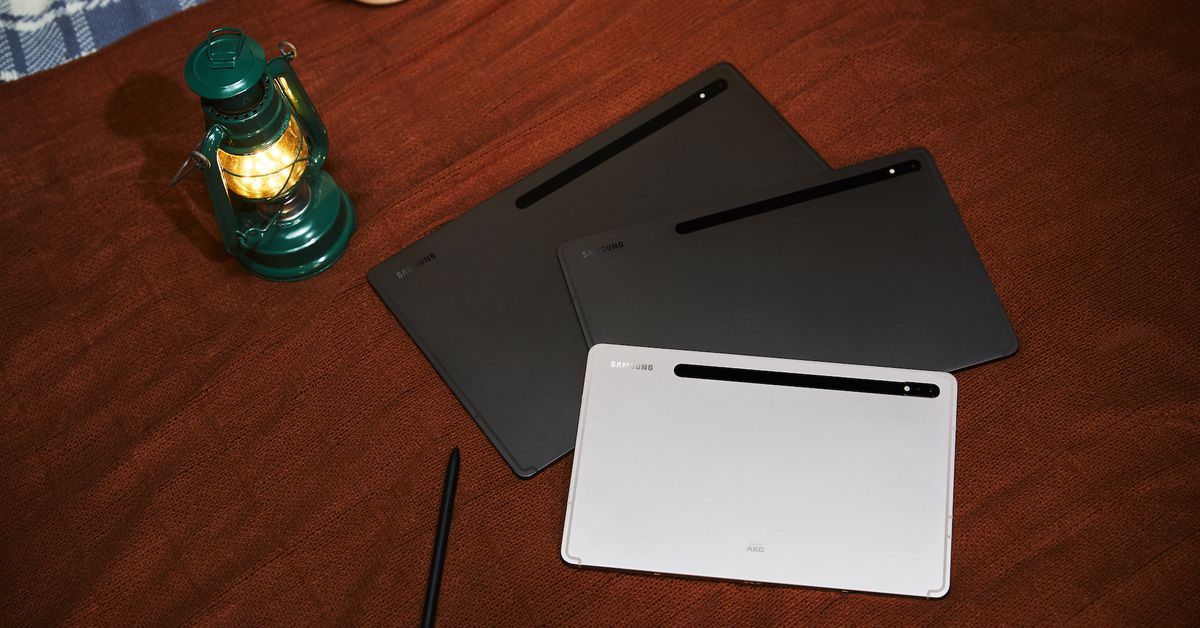 We’re less than two days away from Samsung’s next Unpacked event. Ahead of the big show, leaked renders, images and even a press release have revealed just about everything about the unannounced Galaxy Tab S8 lineup, which is the first to include a high-end “Ultra” model. Not only that, this Tab S8 Ultra has already been photographed in the wild.

Let’s start with this press release first. Serial leaker Evan Blass shared images of what appears to be Samsung’s full press release on the Tab S8 range of his Trailing sub-stack, and the publication corroborates other rumors about the three new tablet models expected by Samsung: the Galaxy Tab S8, S8 Plus and S8 Ultra. A few highlights from the release: The tablets will apparently support Wi-Fi 6E and 45-watt fast charging, and the S8 Plus and S8 Ultra will come with a “new and improved” S Pen stylus that “uses an algorithm prediction for ultra-low latency.

Renders shared by Blass also reveal some accessories that will launch alongside the Ultra, including a keyboard cover reminiscent of Apple and Microsoft’s covers for the iPad Pro and Surface lines. It also looks like Samsung will offer a cover without a keyboard, if that’s your preferred option.

If the leaks already have you interested in one of the tablets, it looks like you’ll be able to get yours soon – according to the press release, you’ll be able to pre-order the Tab 8 range from February 9 at 10am. ET, and the devices will launch on February 25 starting with “select markets” that include the United States, Europe, and Korea.

And if you want to get an idea of ​​what the Tab S8 Ultra’s notched display looks like in real life before you get one for yourself, check out this photo shared on Twitter:

At Unpacked, Samsung is also expected to unveil the Galaxy S22 series of smartphones, including a Note-inspired S22 Ultra. If you want to know more, check out our full article on what to expect from the event, which kicks off on February 9 at 10 a.m. ET.