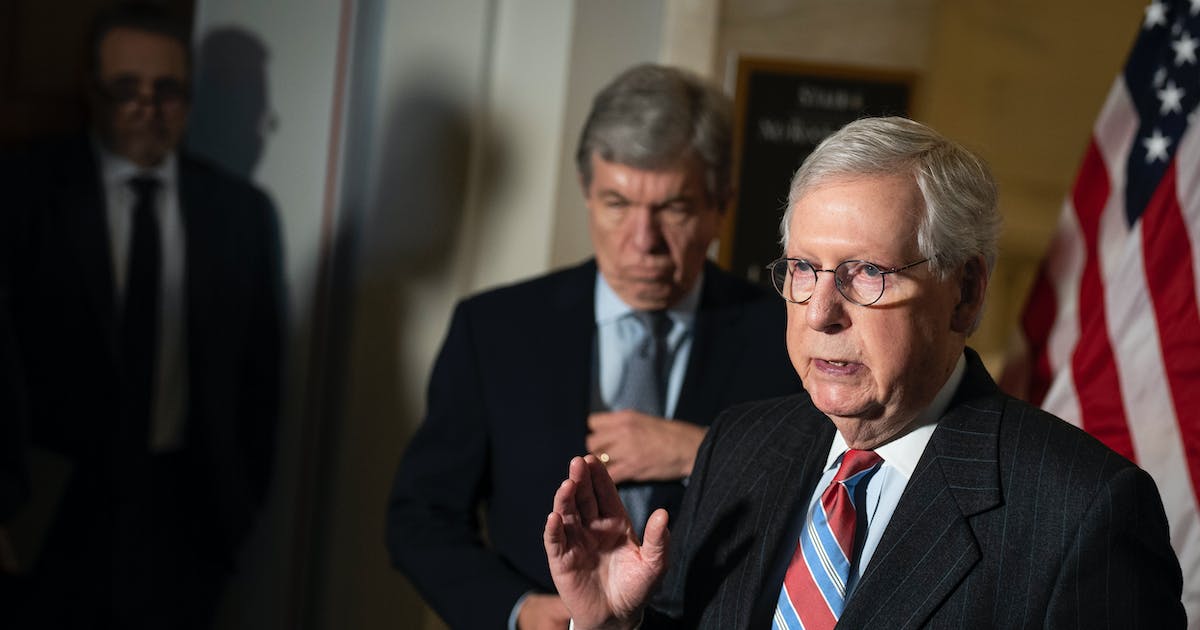 The subject of “legitimate political speech” is a ruse intended to change the subject of criminal activity (“GOP Calls Jan. 6 Insurrection ‘Legitimate Political Speech'”, front page, February 5). I’m sure there were plenty of people in Washington, DC on January 6, 2021 whose views I don’t agree with, but who were peacefully showing their flags and signs in protest. Neither the Justice Department nor the January 6 Committee is prosecuting these people, so the Republican National Committee’s statement is an intentional ruse.

What we are seeing is that many people have broken the law and illegally entered and vandalized the Capitol building. They also terrorized elected politicians and their staff. We also find that there was an organized and corrupt attempt to overthrow a legitimate election (“The Despicable Censorship of Cheney, Kinzinger,” editorial, February 9).

The RNC tries to protect criminals by grouping them with peaceful protesters who have never entered the Capitol and have nothing to do with planning a coup. The Democrats aren’t letting them off the hook, and neither are the American people. I hope most Republicans have enough faith in their own values ​​to try to win this election fairly.

To say that the Jan. 6 Capitol riot was “legitimate political speech” is like saying that looting is a legitimate business strategy. Who do you play for fools, RNC?

If the GOP calls the Jan. 6 insurrection “legitimate political discourse,” it will be interesting to hear how it intends to retrain debate professors to teach their classes.

The RNC has officially declared that the party will cease all support for Representatives Liz Cheney and Adam Kinzinger for their participation in the House committee investigating the January 6 assault on the Capitol a year ago. The statement condemns “their behavior, which has been destructive to the institution of the United States House…and to our republic…”.

Thus, the Republican representatives examining the causes of the aggression are to blame, while the Republican president whose exhortation (“[I]if you don’t fight like the devil, you won’t have a country anymore”) was undoubtedly one of those causes which is still one of the headliners of the party. This action by the RNC is proof that the GOP has successfully transformed from a political party to a cult.

FREEDOM OF THE PRESS

It seems like every day I read headlines about an autocratic regime jailing journalists for exposing the truth, with numbers growing every year. Then I read this headline in the Star Tribune on February 9: “Settlement Bans State Patrol from Attacking and Arresting Journalists. Wait what? Let’s do a quick rewrite: “The Colony prohibits the State Patrol from violating the First Amendment to the U.S. Constitution.” Do we really need a legal settlement to prevent the kinds of police actions used in Myanmar? Apparently yes. We seem so focused on Second Amendment rights for gun owners that we overlook an inalienable right that affects everyone. How did we get here and how do we get out of this horrible slippery slope?

I’m trying to figure out why Hennepin County District Judge Shereen Askalani would allow Mekhi C. Speed ​​to take to the streets after he fatally shot a teenager at a Brooklyn Park gas station in September 2020.

The original sentence was three years in prison. Judge Askalani – a former Governor Mark Dayton appointee – decided to suspend the sentence and placed him under extended juvenile jurisdiction. He was then placed under the supervision of his mother.

If the judge had respected the three-year sentence, Amir Locke would be alive. Otis R. Elder, whom Speed ​​was accused of killing, is believed to be alive. The police, Mayor Jacob Frey and the city council would not have been put in this situation.

These lenient sentences handed down by progressive judges and district attorneys across the country are costing lives.

Following another death at the hands of the Minneapolis Police Department, no-knock warrants are under review. People want to know: was this death preceded by an appropriate warning by the police? How much notice is legally required before the cops break into a house early and shoot someone to death?

These are the wrong questions.

What we do know is this: Locke is dead and shouldn’t be. The police do not comply with the reforms. Discipline is not enforced for most offences. The MPD is actively hostile to change. If we let this continue, we are complicit in these deaths.

Placing another restriction that will inevitably be ignored — by a warrant-granting judge or by officers on duty — is a meaningless accomplishment. It is, at this point, an insult to the memory of those we have lost and to the communities surviving in the aftermath of this violence.

We must hold each other to higher standards than mere legality. We must demand real change from our elected officials and our community. We must find a way forward that does not rely on armed agents of the state to maintain order at the cost of human lives. We need to ask better questions. How do we work towards real security for all? How to enable true accountability in the aftermath of harm? How to make the font obsolete?

Commentary by Richard Greelis “What if the police were doing the right thing?” (Opinion Exchange, February 9) explains why I no longer trust the police. He paints a picture based on innuendo and assumes that armed confrontation is the only appropriate approach to gathering evidence and arresting someone. He does not explain why the MPD portrayed Locke, the victim, as a suspect, tarnishing his reputation and inflicting pain on his grieving family.

His comment exposes the MPD’s misguided and dangerous thinking, involving guilt by association and that black men should not have Second Amendment rights. What he does not question is why the MPD uses extreme force as a first course of action and places police officers in life-threatening situations.

I don’t want police officers killed. I also don’t want the MPD to take the law into their own hands and commit murder. I know there are criminals who need to be caught by the police and then brought to justice to determine their innocence or guilt. I would like to believe that the MPD is on the side of the citizens of Minneapolis and wants to help create a safe city. But I can’t because of the words and actions of the MPD.

Current and retired police officers must abandon their defensive position and engage with the citizens they claim to protect to move towards a safer and fairer city.

I read Greelis’ comment. I’m a big proponent of common sense, because everyone has at least some of it. If you, black or white, bring a gun into a confrontation with the police, it’s not going to end well for you. Everybody knows it.

We want to hear from you. Send us your thoughts here.